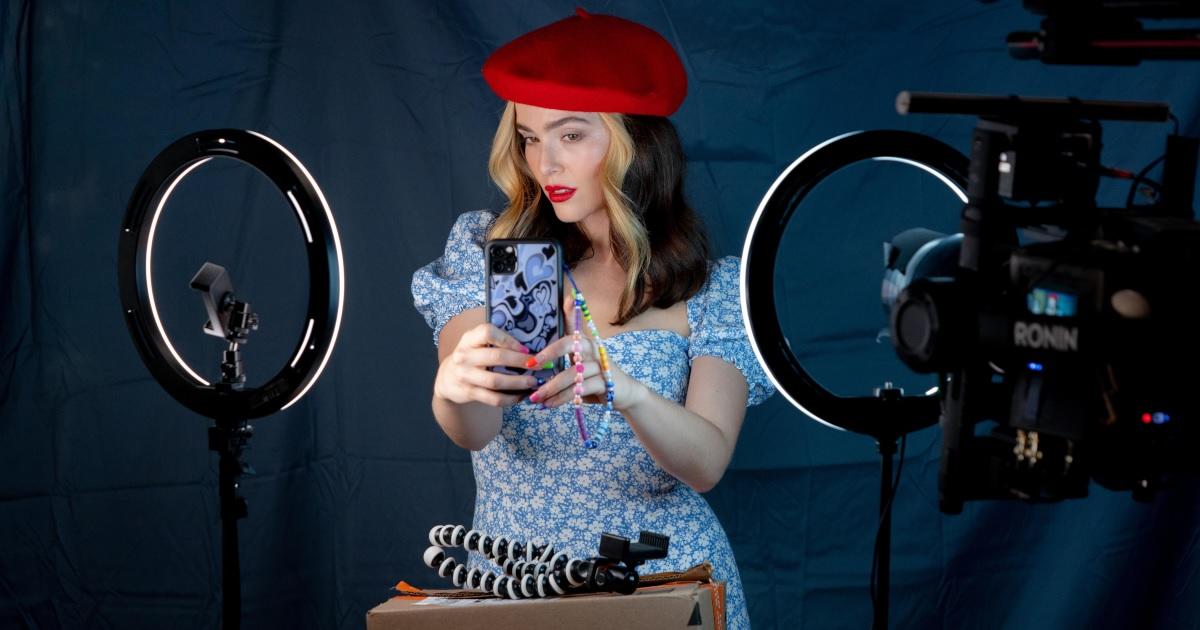 Not Okay, one of the latest Searchlight Movies skipping theaters to go directly to Hulu, starts with a warning about its lead character being an “unlikable female protagonist,” and that’s not an understatement. Writer-director Quinn Shepard goes above and beyond to craft a portrait of a girl poisoned by social media, brought to life by Zoey Deutch. The result is a rather clunky, heavy-handed movie that loses steam and becomes a satire that tries to warn without being funny.

Deutch stars as Danni Sanders, a photo editor at the fictional online magazine Depravity. She dreams of being a writer, but more importantly, she dreams of being a social media star. Danni is also harboring an unrequited love for Colin (Dylan O’Brien), a colleague who already has a big following.

Rather than attempt to organically grow a following, Danni instead pretends to go on a trip to Paris for likes on Instagram. After the real Paris is suddenly rocked by terrorist attacks, Danni has to decide to either tell everyone she never really went to France or pretend to be a victim. Of course, she pretends to be a victim and keeps building the lie to become a viral superstar until she becomes friends with guns rights activist and school shooting survivor Rowan Aldren (Mia Isaac).

As in all movies about con artists, their house of cards has to fall apart at some point. But Shepard’s heavy-handed script starts as a fast-paced satire. When Danni’s lie begins to fall apart, Not Okay begins to lose that structure. Shepard still has a point to get across, so she sacrifices speed and humor. Danni’s lie is so outrageous, and in such poor taste, that it feels bizarre that she’s only doing it for likes. That’s clearly the film’s point though. In real life, so many people put up a facade for clout that doesn’t seem worth it. They also usually have something missing in their lives that makes them yearn for love, no matter the form. For Danni, it seems like the only thing she’s really missing is a close friend, and that’s where Rowan populates. Rowan’s friendship is merely a bonus though, as Danni even uses that connection to expand her base of followers. The result doesn’t really make Danni unlikeable, it just makes her pathetic.

Not Okay does feature a quality performance from Deutch. Although she’s already got a handful of lead roles under her belt, Deutch doesn’t pass up the chance to build Danni into a multi-faceted character that Shepard uses as a tool for highlighting the dangers of social media obsession. But Deutch aside, the true breakout for the film is Mia Isaac, who has only been in a few other projects. Rowan is meant to be the exact opposite of Danni, a look at how a genuine person handles fame. Unfortunately, some of the supporting performances sprinkled throughout the film are cringe-worthy, especially Dylan O’Brien’s lackadaisical Colin.

Not Okay really doesn’t have much new to say about the dangers of social media that play out every day. There are so many documentaries and news stories about people who get away with putting up fake fronts to get likes. Some get exposed and face consequences, others even see their followings grow in defiance of reality. Shephard’s film starts very strong and is almost dedicated to making sure Danni doesn’t get her comeuppance before it gives that up. Danni’s social media lie will ruin her personal life, but she has to be shown learning something from her mistakes and that’s what robs Not Okay from being the truly biting satire it years to be.