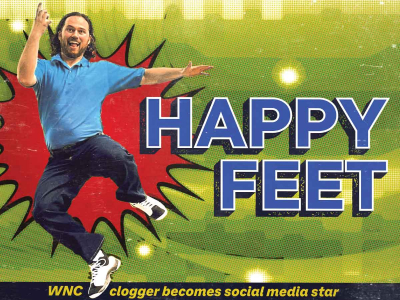 But, after March 2022, that all changed for Ross and his extended family. You see, as a featured member of the J Creek Cloggers — a Western North Carolina traditional Appalachian dance troupe — a short video clip of Ross dancing hit social media platforms, the Haywood County resident quickly going viral with hundreds of millions of views of his fancy footwork.

“Folks started contacting my wife and mom saying, ‘[Zeb] has gone viral on TikTok,’” Ross recalled. “And, at first, I thought, ‘Had I got sick or a virus?’”

So, just how viral has the slick moves of Zeb Ross gotten? As of press time, Ross’ newly created TikTok account (@zebbysgothappyfeet) has 22,500 followers and a combined total of over 438 million views throughout his presence on the global platform. 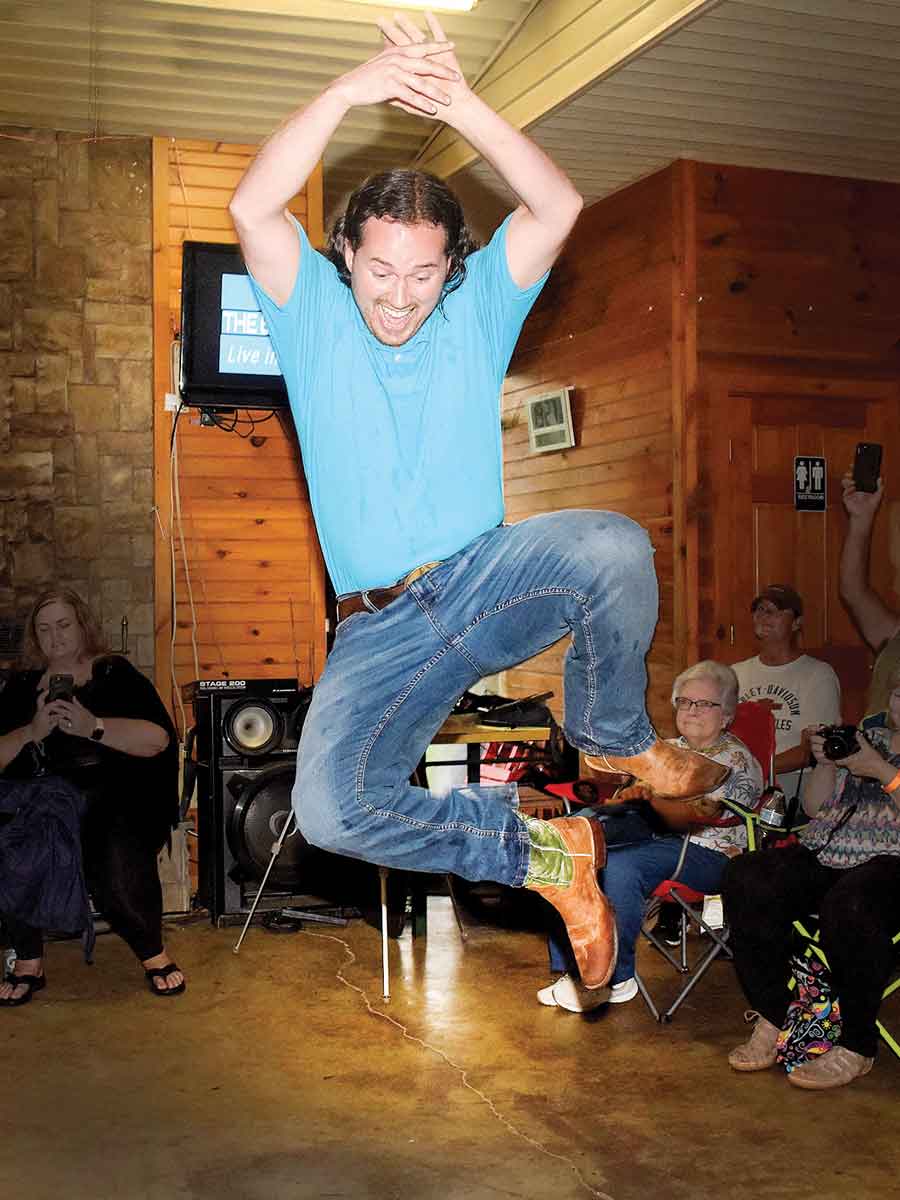 To that, Ross’ mom, Kim, who is now his business manager, also recently launched an Instagram account for the J Creek Cloggers. The group now has some 207,000 followers, all alongside several video clips garnering millions of views (the highest clocking in at 17.5 million).

Sitting at the kitchen table of the Ross’ home way up on a mountain ridge overlooking the Jonathan Creek area alongside U.S. 276, Zeb, his wife Ashley, and Kim will be the first to tell you how shocked they are by all the attention and intense spotlight now placed on their family.

Kim’s smart phone on the table beeps incessantly, this constant barrage of social media notifications, emails and phone calls. Folks from across the country and around the world wanting a moment of Zeb’s time. Requests for music video cameos and festival appearances, including offers for the J Creek Cloggers to perform coming in from as far away as British Columbia and New Zealand.

“We’re receiving 3,000 messages every day — everyone wants to either meet Zeb, book the group to perform or simply to show their appreciation for the joy he’s brought to so many people,” Kim smiled.

The “Zeb Ross phenomenon” began this past spring at Darnell Farms in Bryson City. While the J Creek Cloggers were performing onstage, a random person in the crowd asked Zeb if he could film the group dancing. Zeb didn’t think anything of it and granted permission to do so.

That person in the audience filming was Jason Jordan (@heavydutymusic). Once Jordan posted the short clip of Zeb’s rubber ankle footwork overdubbed with the 1994 hit reggae song “Here Comes the Hotstepper” (Ini Kamoze) on TikTok, it immediately went viral, taking in 5.9 million views.

Soon, other TikTok accounts and digital creators were sharing the video with a variety of popular songs overdubbed. From there, nationally-known rappers, country musicians and social media influencers have been pounding on the door. Country star Brian Kelley (of Florida Georgia Line fame) and juggernaut soul singer Leon Bridges have also reached out to personally meet the Ross clan.

“Brian flew us down to Daytona, [Florida], to see one of his solo shows,” Kim said. “When we went down there, he wanted Zeb and I onstage to perform with him. So, we did — no rehearsal, just get up there and dance [in front of thousands].” 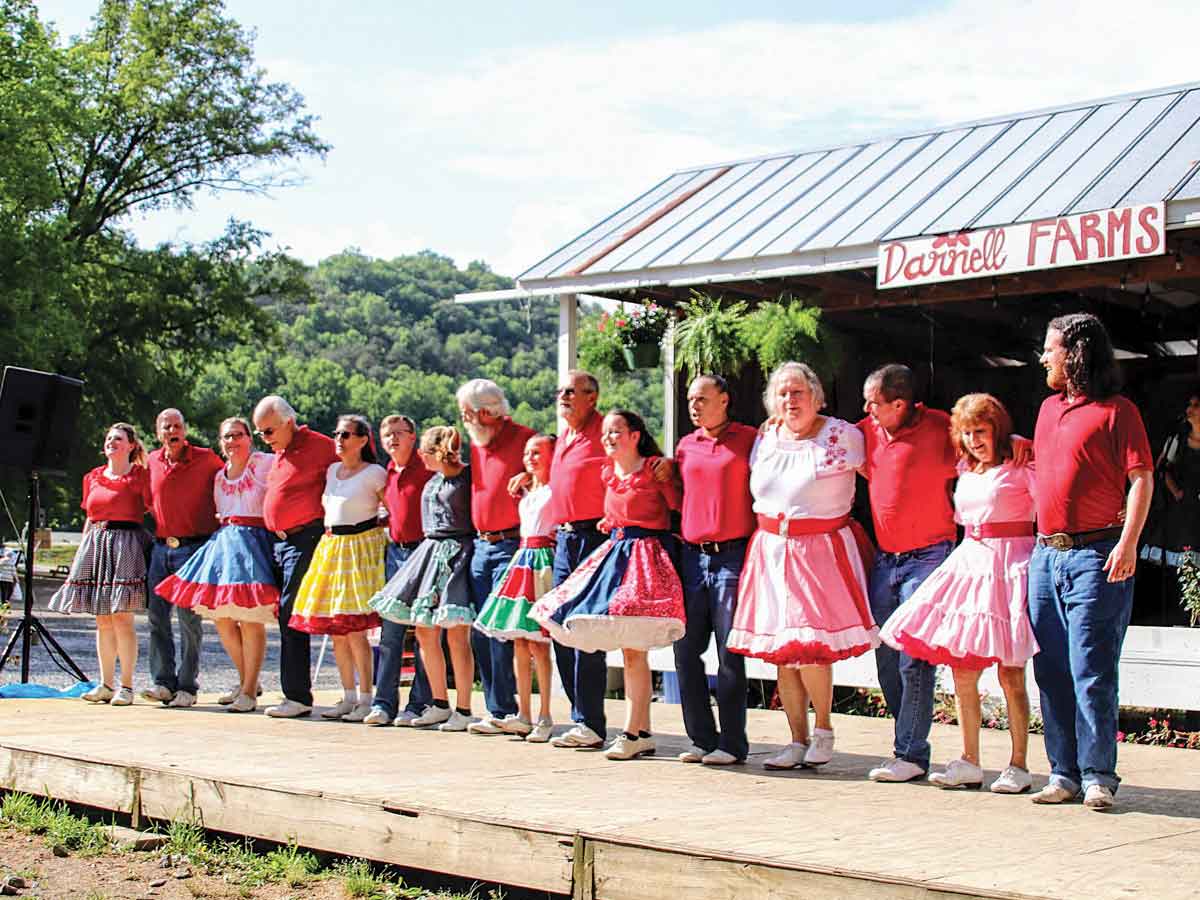 The J Creek Cloggers at Darnell Farms in Bryson City.

Formed 13 years ago by Kim, the J Creek Cloggers are well-known and regarded around the event circuit of Western North Carolina. At its core, Kim’s goal was to not only preserve the fading dance style, but also aim to perpetuate it, in hopes future generations will grab onto the tradition before it disappears altogether.

“The team is 30 members, with the age range 6 to 76,” Kim chuckled. “My dream has always been to spread the love of clogging. But, what’s happened now with Zeb has gone far beyond my wildest expectations.”

As a little kid, a big chunk of Zeb’s life revolved around clogging, whether watching it or participating as a J Creek member. As he got older, his own unique style emerged, this seamless blend of traditional Appalachian techniques mixed with contemporary dance and hip-hop ingredients.

And, each weekend, the J Creek Cloggers would hit the road and perform several showcases throughout the region, only to circle back home and head to work on Monday. Zeb is a powder press operator in Weaverville, a position he still holds, even with the unintended social media stardom.

“At first, I wasn’t going to tell [my co-workers] because I know they’d give me a hard time. But, they eventually found out for themselves and still gave me a hard time,” Zeb grinned. “My boss thinks it’s wild and they’re all happy for me.”

If you ask Ashley her thoughts on “all this,” she’ll tell you she isn’t surprised. That genuine charm and talent within her husband — now seen the planet over — was the same magnetism that first attracted her to Zeb those many years ago at a dance hall in Knoxville, Tennessee.

“I just loved the way he danced. I had never heard of clogging until I saw Zeb that night. I thought he was very talented,” Ashley reminisced. “We danced together, went out to eat together, and the rest is history. Everybody is falling in love with the exact same person I saw back in 2017. Zeb has a very happy disposition. He’s this kindhearted person — the world needs more people like him.”

This many months later, Kim’s phone keeps ringing. Viewership and follower numbers continue to rise with each clip posted to social media. Sponsorships are also coming in (Liberty overalls, Lite boots, etc.). And, there’s already a full calendar for the J Creek Cloggers headlong far into 2023. 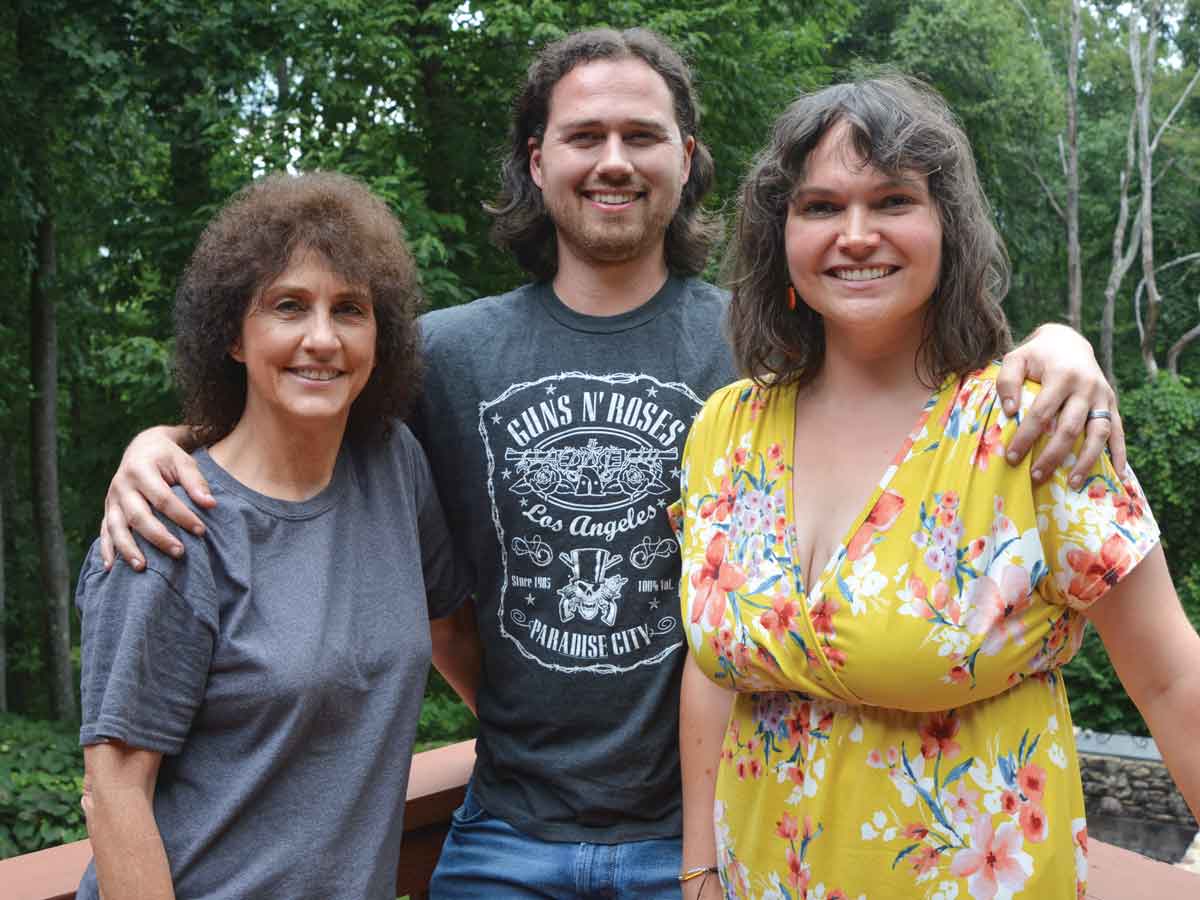 But, what remains is this modern-day digital fascination with the beloved Southern Appalachian art form that is clogging, where one figure stands at the center of this whirlwind, this human being radiating sincere gratitude and appreciation for whatever may come his way — Zeb Ross.

“Whenever I’m dancing, I’m not really thinking about anything — it’s pure bliss for me,” Zeb said. “You’re performing and looking around. You’re seeing the smiles. You’re seeing the clapping. You don’t have to worry about what chores you have to do back home or whatever might be bothering you in life. Everything gets pushed to the side — you’re just enjoying the moment.”

The J Creek Cloggers will be one of the marquee performers at the 51st annual Smoky Mountain Folk Festival will take place Aug. 26-27 at the Lake Junaluska Conference & Retreat Center.

Experience a true Southern Appalachian tradition in the historic, 2,000-seat Stuart Auditorium on the grounds of Lake Junaluska. Each night features free watermelon along with an open tent show on the lawn beginning at 5 p.m. The main stage performance will run from 6:30 to 10:30 p.m. In addition, Appalachian Smoke BBQ Food Truck will be in attendance each day from 4 to 7:30 p.m. 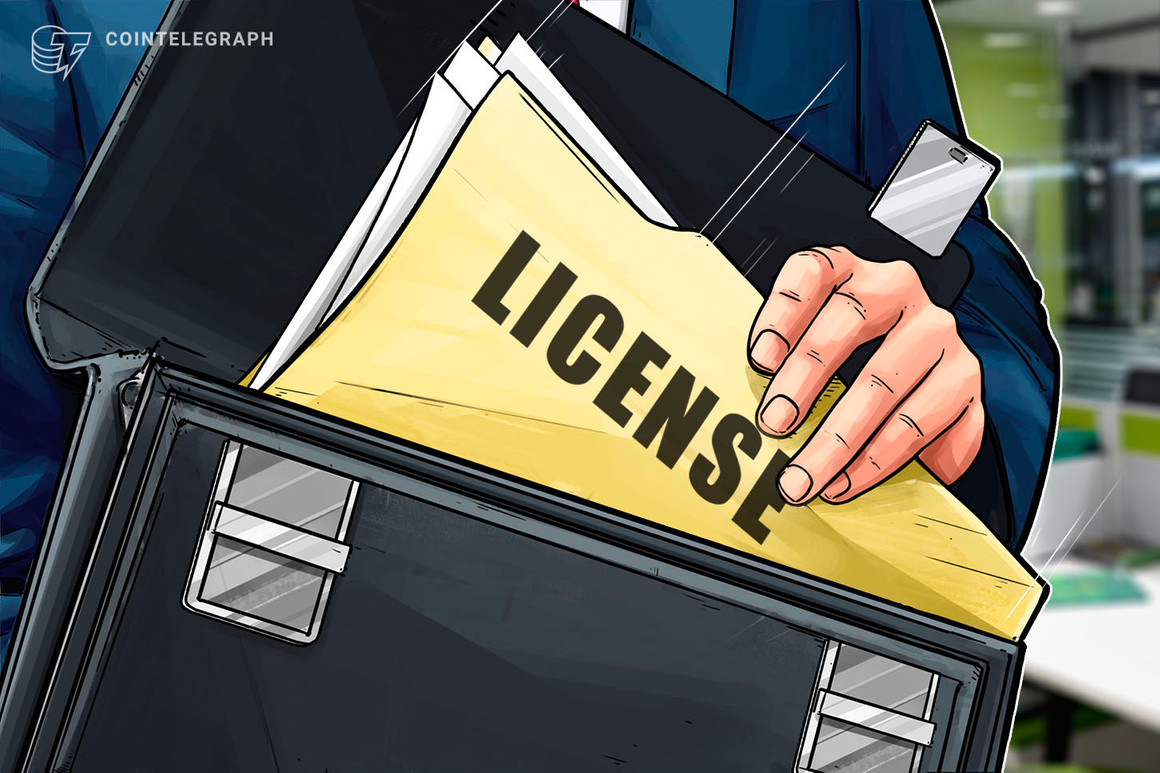