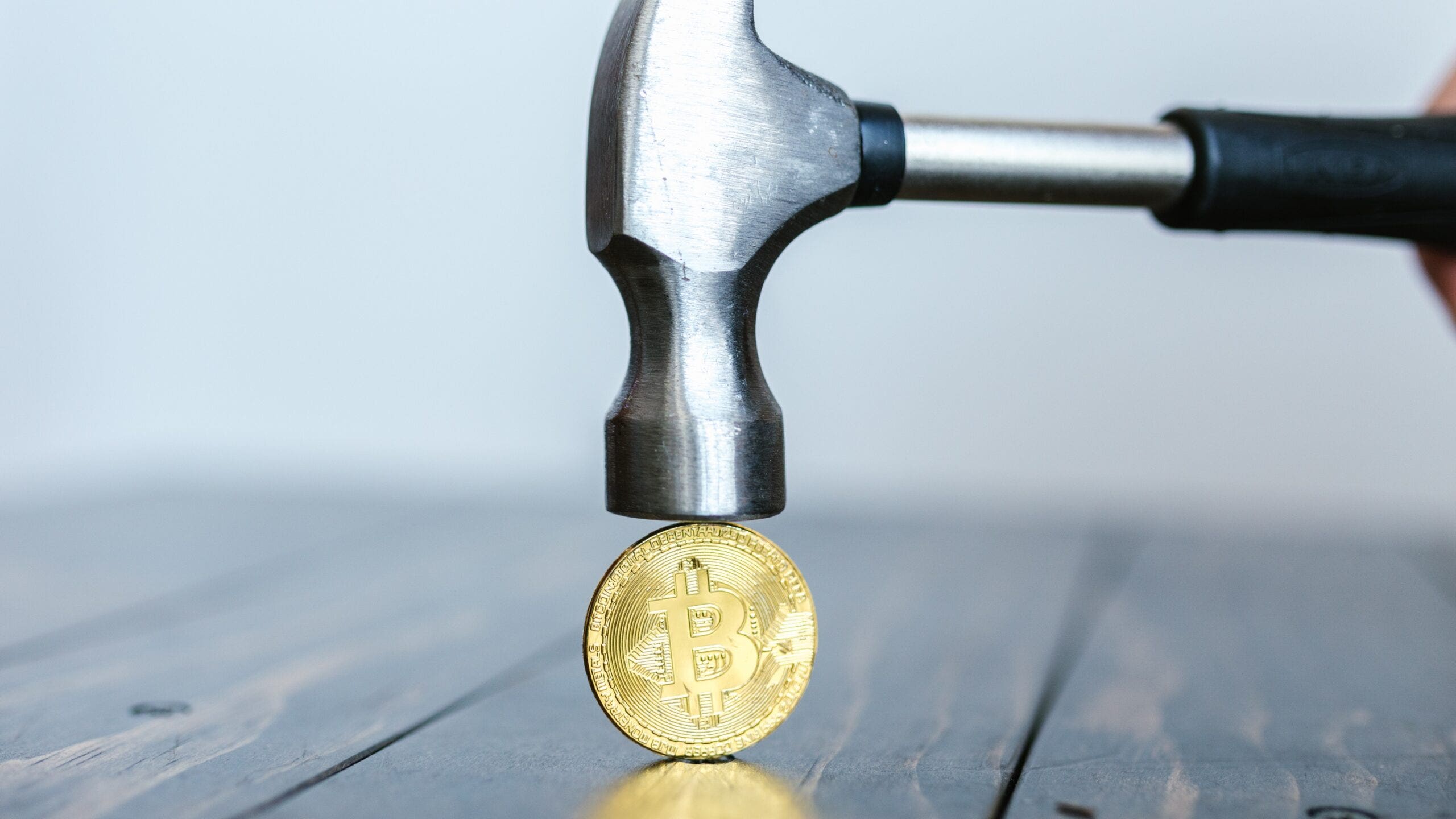 The cryptocurrency markets worldwide have been battered with billions of dollars wiped out taking the total market value of cryptocurrencies below $1 trillion in just a year from $3 trillion in 2021. While no newbie to high volatility, what the crypto enthusiasts are seeing now is unprecedented, especially in India where the government has been more than just critical of the asset class and has fired the tax bullet to wean off demand. The triple-edged sword of high inflation, stringent taxation and regulatory scanner is tearing into the crypto rally in India where cryptocurrency companies are facing their biggest test till date.

Numbers tell of a gruesome fall of the world’s largest cryptocurrency, Bitcoin, plunging more than 45% in less than three months and trading around $20,000 (INR 16 lakh) as of July 5, 2022. Ethereum has seen a downward spiral of nearly 60% lower in value as compared to its value of $2,700 (INR 2 lakh) in April 2022. Other popular cryptocurrencies in India such as Binance Coin, XRP, Solana have witnessed a fall of up to 80% to 100% as compared to their values in April, 2022.

An increase in interest rates with the U.S. Federal Reserve beginning quantitative tapering has left the international stock markets stumped. The U.S. stock market has touched its lowest since the 1970s while the Fed has already raised interest rates twice in 2022. UK inflation too edged up to 9.1% in the year to May 2022 – its highest level since 1982.

A look at the inflation numbers worldwide shows a stark increase:

The geo-political tensions due to the Russia-Ukraine conflict war and the Covid-19 lockdown policy in China have put immense pressure on the supply side which, in turn, has disrupted the overall goods production worldwide and resulted in the increased food prices and production costs causing high inflation in some countries.

The Reserve Bank of India (RBI) has said it sees uncertainty due to the stifling inflationary impact the Russia-Ukraine conflict has had on global commodity prices and international crude prices that remained high and volatile including prices of inflation sensitive items that are impacted by global shortages thereby increasing the cost of everyday consumption items.

Though the inflation rate in India has marginally lowered to 7.04% as of May 2022 from an eight-year high of 7.79% in the previous month, it has remained above the RBI’s target range of 2% to 6% for the fifth straight month. Prices of food, oil and fats and spices have also increased significantly.

The overall risk scenario is forcing investors to exit their money from the equity markets and in the case of emerging markets such as India, foreign institutional investors (FIIs) have sold equities worth almost $22 billion from January 2022 till May 2022, marking an all-time record outflow.

Retail investors are extending this selling spree and are looking for a way out of riskier assets such as cryptocurrencies, the mayhem in the crypto world testifies.

The RBI has maintained its stance on digital assets and repeatedly issued warnings against trading in cryptocurrencies. According to the RBI, cryptocurrencies have specifically been developed to bypass the regulated financial system and this should be reason enough to treat them with caution.

In a circular dated February, 2022, the RBI noted that it has seen that “cryptocurrencies are not amenable to definition as a currency, asset or commodity; they have no underlying cash flows, they have no intrinsic value; that they are akin to Ponzi schemes, and may even be worse. These should be reason enough to keep them away from the formal financial system.”

The RBI has gone on to state that “cryptocurrencies undermine financial integrity, especially the KYC regime and AML/CFT regulations and at least potentially facilitate anti-social activities.”

In the same month, the Indian government had announced a tax on income from the sale and transfer of virtual digital assets (VDAs) transactions of more than INR 10,000, including cryptocurrencies. This means if any Indian is selling digital currencies such as Bitcoin or Ethereum, they will receive one percent less value of the selling price. On top of this, a flat 30% tax rate on income from all VDAs, including cryptocurrencies has added fuel to the fire.

Under the new taxation regime, the government levied a 1% tax deducted at source (TDS) on cryptocurrencies that came into effect July 1, 2022, soon after which cryptocurrency exchanges of India including WazirX, CoinDCX and ZebPay saw a major decline in their spot trading and intraday volumes. Crypto research firm Crebaco Global reported a massive plunge of 60% to 80% in daily trading volumes within just four to five days of the introduction of the new tax regime.

This has united the industry in its views on the VDA tax and it believes the tax will act as a deterrent to further investment. Other measures such as restriction on the use of the popular Unified Payments Interface (UPI) to help in swift digital transactions for trading in cryptos has ticked off global players including Coinbase that announced an exit from India shortly after launching its operations in the country.

Cryptocurrency companies in India are also reportedly coming under the regulatory scanner to check for financial irregularities. In an article published in Indian daily, The Economic Times, sources said top executives of firms including WazirX, CoinSwitch Kuber, CoinDCX have been summoned for allegedly violating the Foreign Exchange Management Act (FEMA) for cryptocurrency deals worth crores of rupees.

Despite herculean challenges, India-focused cryptocurrency companies are not ringing the alarm yet and are confident of building a growth-led environment.

India’s largest crypto exchanges WazirX and ZebPay published a trader sentiment survey this week to highlight how further reforms could promote the industry and its participants.

Their trader sentiment survey revealed 27% of the 9,500 participants of the survey had already sold 50% of their portfolio before April 1, 2022 and 57% of them sold below 10% as soon as the tax was announced. 83% traders felt the recent tax move had deterred their trading frequency.

Addressing the survey findings, the vice president of WazirX, Rajagopal Menon, said, “the tax regime needs to be balanced to encourage participation and revive trading volumes.” Avinash Shekhar, the CEO of ZebPay, called for the Indian government to “reconsider its stance for a more supportive regulatory environment which will ultimately contribute to overall economic progress.”

Some experts, however, think the tax on virtual digital assets may, in fact, lead investors to move their crypto investments to foreign exchanges or to trade offline instead of stopping trade altogether.

Ayesha Bharucha, managing associate at Bharucha & Partners, expects savvy investors to take advantage of the crash with the intention of booking profits in the future. “Crashes and booms are common in the context of volatile assets, and cryptocurrency is no exception…However, unlike in the case of an equity market crash, investor sentiment is likely to be tempered by the regulatory uncertainty surrounding cryptocurrency,” Bharucha says.

The chief operating officer at CoinDCX, Mridul Gupta, too states the crypto market is unpredictable just like any other market. He finds no surprise in the cryptos downfall as all asset classes are in a downturn.

“Right now, the crypto market is going through a bear phase. Bitcoin may be down 75% from its 2021 peak, but it is still 10x higher than it was five years ago..Stock prices are driven by their fundamentals, similarly, all coins also have some intrinsic value, based on their use cases,” Gupta says.

Others like Ashish Singhal, the co-founder and CEO of CoinSwitch, suspect trading may have moved to the crypto gray market and compliances set by crypto companies to report TDS may not apply in the gray market or on transactions occurring in exchanges outside the purview of Indian regulations.