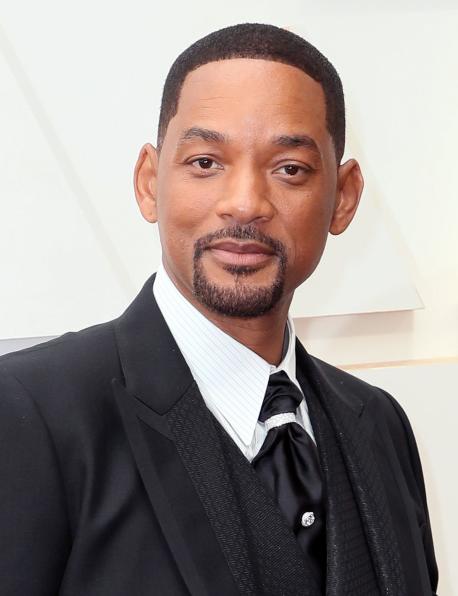 Will Smith is using his humor in an attempt to reconnect with fans.

On Friday, The Fresh Prince of Bel-Air star posted a video on Instagram giving a humorous hint to his more than 63 million followers about his possible return to social media.

Smith, 53, shared a classic viral clip of a baby gorilla poking an enormous gorilla from behind to get their attention. The Silverback gorilla, who appeared to be unamused by the action, chased the baby gorilla after his second attempt at getting the adult to play.

“Me trying to get back on social,” he wrote in the caption.

RELATED: Will Smith’s Ex-Wife Hopes Fans Forgive Him After Oscars Slap: ‘I Stand in Support’

His post was met with support by some of his fans in the comment section, and by Saturday morning, it had more than 1.3 million likes.

“Lol. We will welcome you back man! We’ve missed you! Everyone goes through sh-t. You’re human, just like the rest of us! COME BACK WILL!” one fan wrote. Another commented, “ANIMAL KINGDOM IS WITH YOU WILL 🦬.” While a third user added, “We love & miss you Will ❤️.”

The latest post came after the King Richard actor posted an apology video to Chris Rock last month. Smith struck the comedian onstage at the 94th Academy Awards in March following a joke made by Rock, 57, about Jada Pinkett Smith’s shaved head. (The actress, 50, lives with alopecia.)

The Oscars outburst led to months of fallout for the best actor winner, who resigned from the Academy of Motion Picture Arts and Sciences and was banned from attending Academy events for 10 years.

In the apology clip posted in late July, Smith claimed he had reached out to Rock privately and that he received a message back that comic and actor was “not ready to talk” but would “reach out” when he was.

Hours after the video’s release, Rock joked about the slap — but didn’t address Smith’s apology — during his show at the Fox Theatre in Atlanta.

Last weekend, Will and Jada were spotted out in Malibu, their first public sighting together since the Oscars incident.

A source later told PEOPLE, “Will is doing good. He spends a lot of time with Jada. He is very happy about her constant support. They are very close and back each other up. Family is everything to them.”

Will feels like he “learned a lot in the past few months,” the source said.

Another insider added, “Will is happy about the support he always gets from Jada.”

RELATED: Oscars Producer Will Packer Responds to Will Smith’s Public Apology: ‘He’s Being So Transparent’

Jada has since addressed the incident on an episode of her Red Table Talk show, saying, “About Oscar night: My deepest hope is that these two intelligent, capable men have an opportunity to heal, talk this out and reconcile. With the state of the world today, we need ’em both, and we all actually need one another more than ever. Until then, Will and I are continuing to do what we have done for the last 28 years — and that’s [to] keep figuring out this thing called life together.”

Meanwhile, a source previously told PEOPLE that Rock had “moved on” from the incident before Smith issued the public apology.

“Chris doesn’t need to talk. This is clearly something that bothers Will more than Chris,” the insider said of the pair. “Will needs to deal with his issues. Chris is fine.”