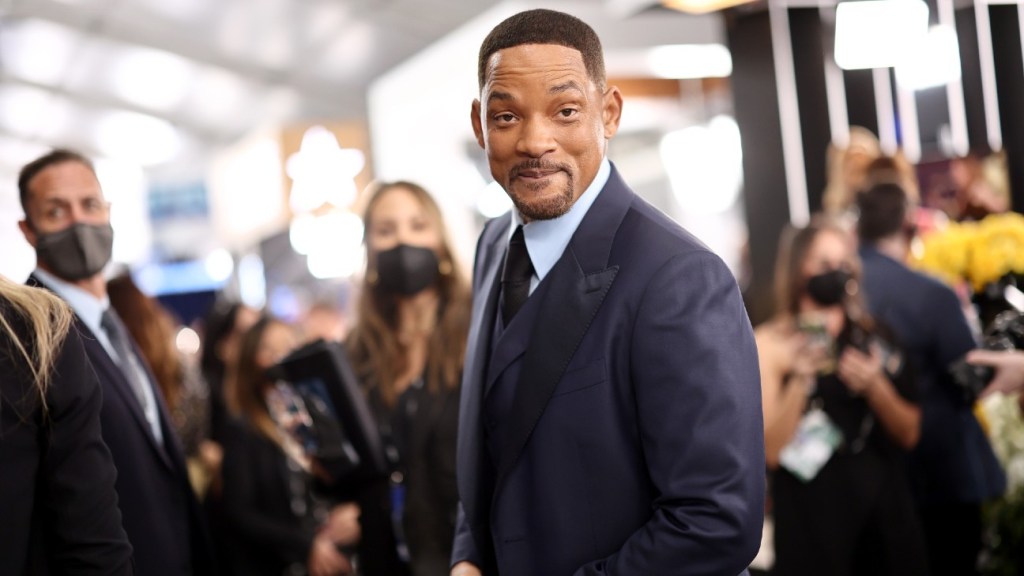 Will Smith appears to have social media — and adorable animals — on the mind.

The embattled actor took to Instagram on Friday, marking his first post since the Oscars ceremony on March 27 to not directly reference the infamous moment when he slapped Chris Rock onstage following a joke about the actor’s wife, Jada Pinkett Smith.

Smith’s new post featured a short video of a young gorilla earning the ire of a much larger gorilla by poking it multiple times in the backside. A message added to the video read, “Me trying to get back on social.”

Among those commenting on the post was former National Geographic personality Cesar Millan, who wrote, “Animal kingdom is with you Will.” Additionally, Smith’s ex-wife, Sheree Zampino, responded with a heart emoji.

This comes exactly three weeks after Smith’s previous post, which was a video of him speaking directly to the camera to say, in part, that “there is no part of me that thinks that was the right way to behave in that moment.” He also apologized to Rock and the comedian’s family following the incident that led Smith to resign from the Academy, and for which he received a 10-year ban from the organization’s events.

The Men in Black star’s only other post since the night of the Oscars was a written apology to Rock on the day after the event. At the ceremony, Smith accepted the best actor Oscar for King Richard shortly after his confrontation with Rock over a joke about Jada’s shaved head, and he apologized to the Academy but not Rock in the acceptance speech.

Prior to the Oscars, Smith would frequently use social media to share lighthearted moments from his life and connect with fans.