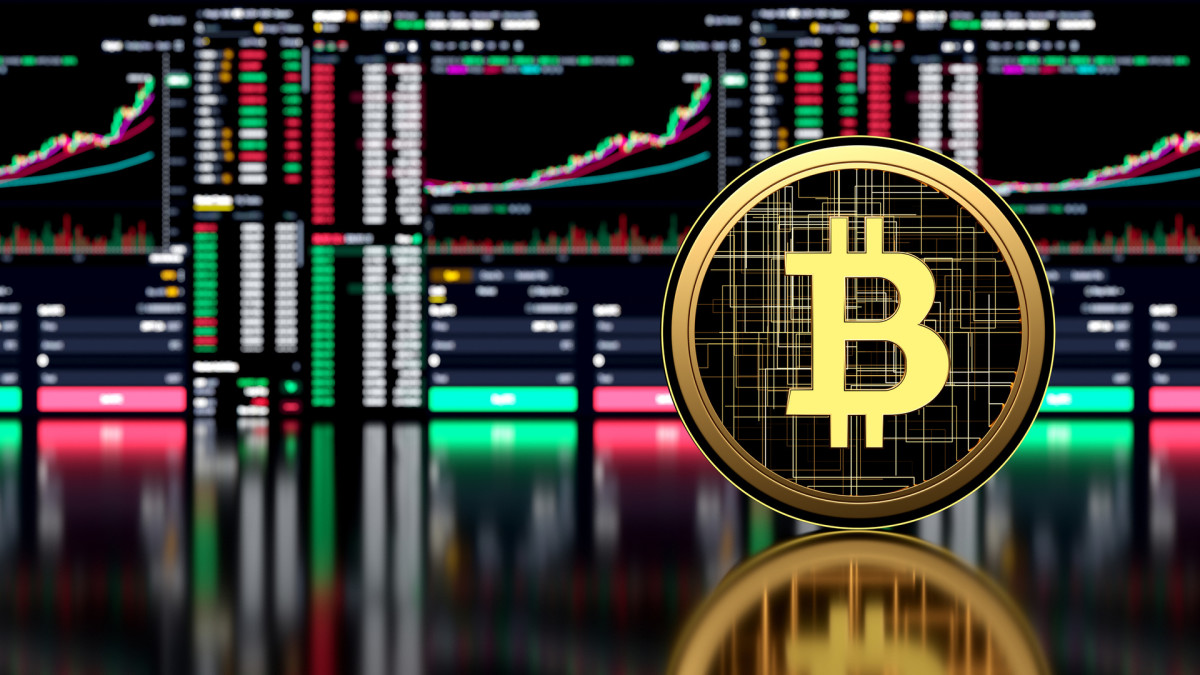 Opinions vary wildly about cryptocurrency. Best friend of Bill Gates and legendary investor Warren Buffett says cryptocurrencies “will almost certainly end badly,” and notorious hedge fund manager and Argentina nemesis, Paul Singer, considers crypto “one of the most brilliant scams in history,” showing the “limitless ignorance of swaths of the human race.” Ouch! On the other hand, Peter Thiel, co-founder of PayPal and early investor in Facebook and Palantir, is reportedly making big investments in crypto tokens, while Twitter co-founder and CEO Jack Dorsey is equally bullish on the future of crypto and reportedly believes bitcoin (the first crypto token) will become the world’s single currency within ten years.

Last year, creative entrepreneurs raised billions of dollars selling new species of crypto tokens to the public in so-called initial coin offerings (or ICOs) while headlines instead focused on the trading price of bitcoin and billionaires bickered over its significance, as securities regulators and financial industry watch dogs seemingly struggled to make sense of it all. Very recently, though, that has changed, with ICO promoters now reportedly receiving subpoenas by the dozen as the regulatory watch dogs have finally started baring their teeth. With all the ink spilled on bitcoin, other crypto tokens, and ICOs, what now to make of all the fuss?

In 2008, an author or authors using the pseudonym Satoshi Nakamoto published the first crypto “white paper” entitled Bitcoin: A Peer-to-Peer Electronic Cash System on the bitcoin.org website, introducing to the world a digital (or “virtual”) currency that operates on a distributed ledger system relying on cryptographic proof (rather than trust or a disinterested third party) to complete transactions. In May 2010, developer Laszlo Hanyecz purchased two pizzas in exchange for 10,000 bitcoin, which reportedly marked the first use of bitcoin in commerce. From those humble beginnings (at current prices, Mr. Hanyecz’s pizzas cost him tens of millions of dollars!), bitcoin and more recently other crypto currencies and tokens have exploded in popularity and value to such an extent that the Federal Reserve is now reportedly concerned about its impact on the stability of the entire financial system.

As bitcoin increased in popularity and value, it didn’t take long for other crypto tokens to be developed. Some of these other digital “coins” (coins are generally tokens used as digital or virtual currencies or money substitutes) include Litecoin, Ether, ZCash, Dash and Ripple. Developers have also created tokens that, rather than simply acting as a store of value or medium of exchange, give the holder of the tokens some functional value or rights. These functional tokens are often referred to as “utility tokens” to distinguish (or to attempt to distinguish) them from digital currencies or, more importantly as discussed below, securities. Some developers of tokens, particularly utility tokens, began raising significant sums of money selling those tokens in ICO crowd sales to large numbers of investors with only very limited disclosure to those investors in the form of a published “white paper.” While ICOs in some form had been around for several years, the number of ICOs and amounts raised from ICOs skyrocketed in 2017 and attracted the attention of U.S. and international regulators.

In May 2010, developer Laszlo Hanyecz purchased two pizzas in exchange for 10,000 bitcoin, which reportedly marked the first use of bitcoin in commerce.

Whether the SEC should even care about ICOs depends almost entirely on whether the applicable tokens are “securities” within the meaning of U.S. securities laws. In July 2017, the SEC made its first significant statement on crypto tokens when it published a “report of investigation” relating to a decentralized autonomous organization called The DAO, claiming that it had violated securities laws by failing to register the offer and sale of its DAO Tokens. The SEC applied the textbook test in the over 70-year-old Supreme Court case SEC v. W.J. Howey Co. and concluded that the DAO Tokens were investment contracts under the Howey test, and therefore securities.

The SEC’s DAO Report, while significant, was not overly concerning to practitioners. After all, The DAO was really in essence a virtual private equity fund or hedge fund. As such, the DAO Tokens were functionally very similar to more traditional equity securities, and securities lawyers had already assumed that virtual “security tokens” like the DAO Tokens would be treated as securities by regulators.

WHAT ABOUT “UTILITY TOKENS”?

The SEC’s analysis in its DAO Report left unanswered the question of whether utility tokens could be deemed to be securities. Many securities law practitioners saw a significant distinction between security tokens like the DAO Tokens and utility tokens that give their holders significant rights unrelated to the trading prices of the tokens, and had taken the position that utility tokens were not securities under the Howey test. A number of token crowd sales were completed without SEC registration as a result of this distinction.

On November 26, 2017, the New York Times reported that Professor Joseph Grundfest, an influential law professor and former SEC Commissioner, was “horrified” by ICOs, calling them “the most pervasive, open and notorious violation of federal securities laws since the Code of Hammurabi.” On December 11, 2017, the SEC ordered Munchee Inc., developer of the MUN token which was characterized as a utility token, to cease its token crowd sale because the MUN token was an unregistered security. While the MUN token was clearly designed to have functionality to the holder beyond simply its store of value, the SEC paid particular attention to the manner in which the MUN token was sold and observed that the token was sold as an investment rather than a functional instrument.

Munchee was the first time the SEC elected to proceed against a utility token. That said, it should also be noted that the SEC’s Munchee order was the result of a very favorable settlement (Munchee Inc. was allowed to return the investors’ money and escape any significant penalty) and doesn’t appear to have been strongly challenged. So observers were left to wonder whether the SEC had gone “full Grundfest” on utility token ICOs or were taking a softer approach.

THE SEC FLEXES ITS MUSCLES

On the same day the SEC published its order in the Munchee case, SEC Chair Jay Clayton published an unusual personal statement on ICOs which, among other things, openly questioned whether many utility tokens should be deemed to be securities and said “by and large, the structures of initial coin offerings that I have seen promoted involve the offer and sale of securities and directly implicate the securities registration requirements and other investor protection provisions of our federal securities laws.” In addition to the Munchee order and Chairman Clayton’s statement, it has now been reported that the SEC has recently issued dozens and possibly in excess of 100 subpoenas related to ICOs. So it seems safe to say that the SEC is no longer comfortable with its prior wait-and-see attitude.

STILL NO DEFINITIVE ANSWERS FROM SEC OR COURTS

Regulatory action should have been expected by all but the most naïve of true crypto believers, yet it remains unclear whether the SEC believes all utility tokens are securities under the Howey test and, if so, whether courts will agree. Clearly many utility tokens were sold more on their investment potential than on their non-investment utility features. It is also clear that some ICO hopefuls have built trivial utility features into their security tokens in a transparent effort to avoid being deemed a security. The Munchee order likely puts a stop to some of the more aggressive tactics of token promoters, but it fails to clarify when, if ever, a legitimate utility token will not be considered a security in the eyes of the SEC.

WHAT DOES THIS MEAN FOR ENTREPRENEURS?

The SEC’s latest actions mean ICO promoters are well advised to pay particular attention to complying with securities laws in connection with any crypto token sale. Although outside the scope of this article, there are a few different approaches to consider in this regard. While this will likely increase legal and compliance costs, likely require more significant disclosure and certainly impact timing, it is nonetheless preferable to the regulatory alternative, at least until the SEC and probably the courts weigh in with additional guidance.

After a big year in 2017, developers continue to push forward with ICOs although the SEC has begun to push harder on the brakes and courts have yet to consider whether utility token crowd sales constitute unregistered public offerings of securities. The crypto legal landscape is developing rapidly. The only thing we now know with certainty is that there’s a lot of uncertainty. Proceed with caution.

Syndicated and originally found on CSQ.com. The article, for reference, is here. 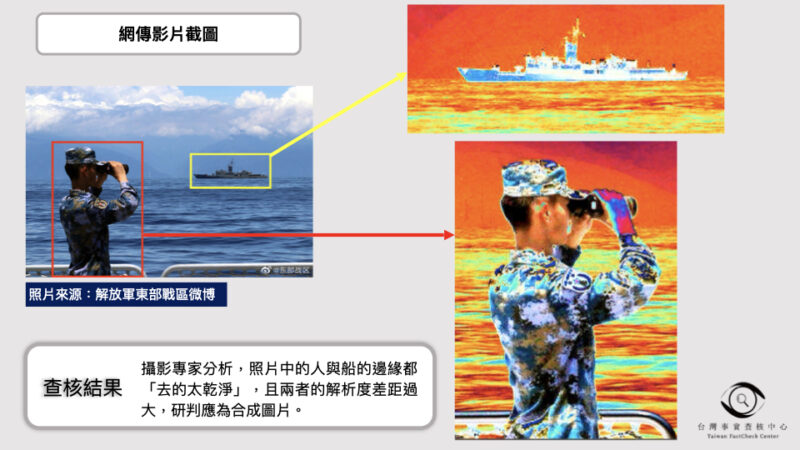