Recent months have seen unprecedented congressional efforts to address the regulatory challenge posed by cryptocurrencies and other digital assets – a market that did not exist prior to 2008 and late last year hit a market capitalization high of $3 trillion. In June, Senators Cynthia Lummis and Kirsten Gillibrand released a legislative proposal seeking to establish a complete regulatory framework for currencies and in the process establish the Commodity Futures Trading Commission (CFTC) as the primary regulator of crypto. Just last week, Senators Debbie Stabenow and John Boozman released their own proposal that would require all digital commodity platforms to register with the CFTC – and in so doing would also designate the agency as the primary crypto regulator.

This, then, seems to be the theme of crypto legislation coming out of Congress . While other legislative proposals have focused on crypto specifics, including cryptocurrency taxation and reporting requirements (these and other crypto developments are followed in the American Action Forum’s Crypto Tracker), the primary efforts of Congress have been focused less on the fundamental policy questions the new market poses and more on which federal agency should have primary oversight over the market. Why do we need a sole point of authority? This determination might be necessary because in the absence of a federal, whole-of-government unified approach to crypto regulation, the market is overseen by a patchwork of partial and inconsistent rulemakings emerging from the federal financial regulators. This lack of regulatory clarity led to the March release of a presidential executive order directing federal agencies to coordinate their regulatory efforts.

The bill proposed by Senators Stabenow and Boozman would make the CFTC responsible for all regulatory aspects of bitcoin and other cryptocurrencies. This raises the question – in the absence of a single responsible regulator, who currently regulates crypto, and how?

The CFTC is the primary regulator of the U.S. derivatives markets, including futures, swaps, and other kinds of options over historically physical commodities. The agency couples with this more limited authority over fraud and other abuses in derivative markets. The CFTC defines a commodity to include all “goods and articles, …and all services, rights, and interests…in which contracts for future delivery are presently or in the future dealt in” and is not limited to solely tangible assets. The CFTC asserts control over certain aspects of the cryptocurrency market depending on both “structure and use” of the financial instrument, in addition to overseeing certain derivatives market participants, such as dealers, intermediaries, exchanges and clearinghouses. Since 2015, the CFTC has asserted that bitcoin and other virtual currencies are “properly defined as commodities” (a view backed up to a certain extent by federal case law). The CFTC has also asserted that the Commodity Exchange Act (CEA), the CFTC’s primary authorizing legislation, also defines cryptocurrencies as commodities (a view significantly more difficult to demonstrate). While this has had the impact for policymakers of adding significant weight to the argument that cryptocurrencies are commodities and not securities (more on this below), the practical implications are considerably slighter. Outside of its role in policing financial abuse  and fraud in interstate commerce, the CFTC does not oversee any aspect of cryptocurrency transactions that do not include the derivatives market; as a result, the CFTC is said to have “enforcement jurisdiction” but not “registration jurisdiction.” While the bitcoin futures market is not insignificant (with total trading volume in January this year of about $1.5 trillion), the futures market remains only a single aspect of bitcoin  and other cryptocurrencies.

The CFTC has been active in seeking to expand its jurisdiction over crypto markets, with CFTC Chairman Rostin Behnam calling on Congress to expand the CFTC’s authority.

The Securities and Exchange Commission (SEC) is the primary regulator of securities in the United States. The SEC defines a security as an “investment contract” and relies on the Howey Test, established by a Supreme Court decision nearly a hundred years old in what is known as the Howey Test. Any financial instrument (including potentially a cryptocurrency) is considered a security if it is: an investment of money; in a common enterprise; with a reasonable expectation of profits; and derived from the entrepreneurial or managerial efforts of others. Provided an instrument satisfies the Howey Test, the SEC will regulate it as a security regardless of the form of the instrument. Crypto issuers have in the past attempted to avoid designation as a security by marketing their cryptocurrencies as having “voucher-like characteristics” – protestations the SEC has ignored by continuing to apply only the Howey Test.

Bitcoin and Ethereum, the first and second most traded cryptocurrencies on the market, do not satisfy the Howey test (largely for failing the final prong, that is, derived from the efforts of others) and as such are not regulated by the SEC. In this, the SEC treats them as the exception rather than the rule, and SEC Chairman Gary Gensler continues to suggest that most cryptocurrencies are securities. If a cryptocurrency is determined by the SEC to be a security, the crypto issuer is required to register with the SEC and a host of SEC regulations become binding. One such rule (that does not apply to bitcoin and Ethereum) is the “wash-sale” rule that prevents investors from selling and then immediately buying back an asset in order to benefit from investment losses for tax purposes. If an exemption from registration is sought and obtained, the cryptocurrency becomes available only to “accredited investors,” an extremely small subset of high net-worth individuals.

What responsibility both the CFTC and the SEC have been able to claim has been zealously enforced. The SEC has shown that it is more than willing to bring enforcement actions against crypto issuers including Telegram and Kik for securities violations, Forsage for “a textbook Ponzi scheme,” and others. Late last year, the CFTC ordered cryptocurrencies Tether and Bitfinex to pay $42.5 million in fines for misleading statements that the currencies were backed by the U.S. dollar.

More recently, the SEC, like the CFTC, has pushed to assert its regulatory control over other aspects of digital finance, from decentralized finance, crypto exchanges, and stablecoins.

The Internal Revenue Service (IRS) is the federal body responsible for collecting taxes. The IRS defines cryptocurrencies in yet a third manner, as “property” (and definitively not as currency). To the IRS, then, cryptocurrencies can be considered assets subject to capital gains taxes if held for more than a year and gains are realized. Realized gains on cryptocurrencies held for less than a year are subject to ordinary income taxes. The primary implication for crypto issuers and other entities involved in any way with crypto markets is the requirement for extensive record-keeping, something that could prove highly burdensome for those who use cryptocurrency to purchase goods or services. In July, Senators Pat Toomey and Kyrsten Sinema introduced a bipartisan bill seeking to make virtual currencies more attractive for the purposes of everyday purchases by exempting transactions of less than $50 from taxation. While seemingly more cut-and-dried than the more haphazard approaches of other agencies, it can be extraordinarily difficult for firms to calculate their crypto tax liabilities.

The Office of the Comptroller of the Currency (OCC) oversees the federal banking system and determines both the cryptocurrency offerings of its banks and also the process by which fintechs and other startups apply for banking licenses. In November 2021, the OCC reversed previous guidance, emphasizing that banks must seek permission before engaging in crypto-related activities on behalf of their clients; guidance echoed in early 2022 by the Federal Deposit Insurance Corporation (FDIC).

The Federal Trade Commission (FTC) shares a brief with the CFTC on the prevention of abuse by way of fraud or other misrepresentations.

Certain states have gone significantly further than others in setting up a regulatory framework that covers digital assets. Early in 2022, Wyoming, Arizona, and then California advanced proposals that would allow taxpayers to make tax payments in cryptocurrencies. Wyoming lawmakers proposed legislation that would pave the way for the issuance of the first state-backed digital token. In the main, however, state efforts have been characterized by their relative friendliness toward the crypto industry in an effort to prove attractive to crypto investors and startups. State-based crypto regulation has therefore trended toward empowering rather than restricting crypto. One of the few counterexamples was the limited moratoria on crypto mining at fossil fuel plants imposed by New York that ended up being significantly more limited than environmental activists had hoped.

What Is Not Covered by Existing Legislation?

If bitcoin, a cryptocurrency, digital assets, or the makers, holders, or distributors of these assets do not quite fit limited criteria, they are in essence unregulated. If a virtual financial instrument does not have derivatives aspects or is considered by the SEC to be a security, it can only be said to be regulated if it is criminal; the same is true of crypto market participants. The IRS has been more successful in its approach to defining virtual assets, but in practice this has proven almost unworkable. As a result, significant aspects of the virtual asset market thereby escape skepticism or oversight. This is not entirely the fault of the federal government, as significant logistical difficulties are posed by the challenges of policing opaque distributed networks. Nor is the situation helped by the lack of clarity as to what cryptocurrencies are for the purposes of regulation or who their primary regulator should be. Critics of crypto note the use of crypto to evade government capital controls, government sanctions, and any manner of financial crime and the financing of crime and terrorism. More concretely, the patchwork of federal oversight has some glaring gaps, with a lack of federal regulation covering topics as diverse as crypto mining, reporting requirements, or estate and testamentary planning.

Who regulates bitcoin? Everyone and no one. While it is hardly uncommon to have multiple regulators, for all the sound and fury of the CFTC and the SEC, they claim surprisingly little ground, where they claim any at all, in the regulatory turf battle that is crypto. Of course, both agencies have made significant advances in annexing new territory, but this has been piecemeal and often contradictory. In September 2021, cryptocurrency exchange Coinbase dropped plans to launch an investment product, alleging that the SEC threatened to sue to prevent the issue. Without a clearly defined regulatory apparatus, the United States cannot continue to foster innovation while protecting consumers and investors. 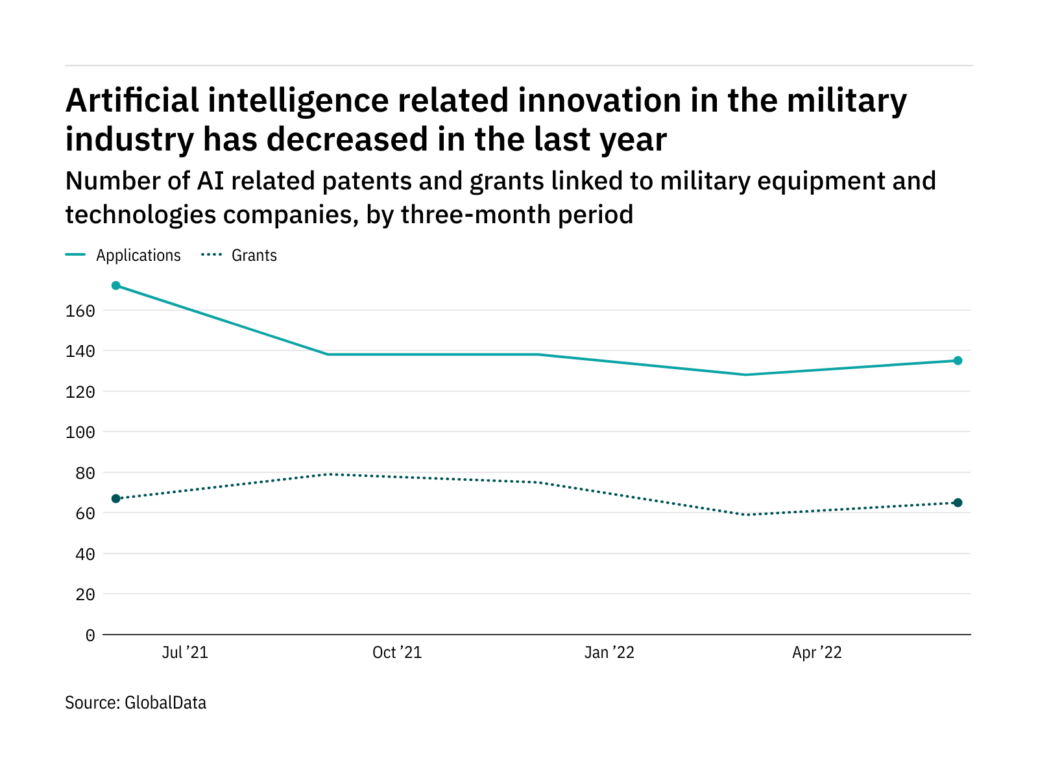