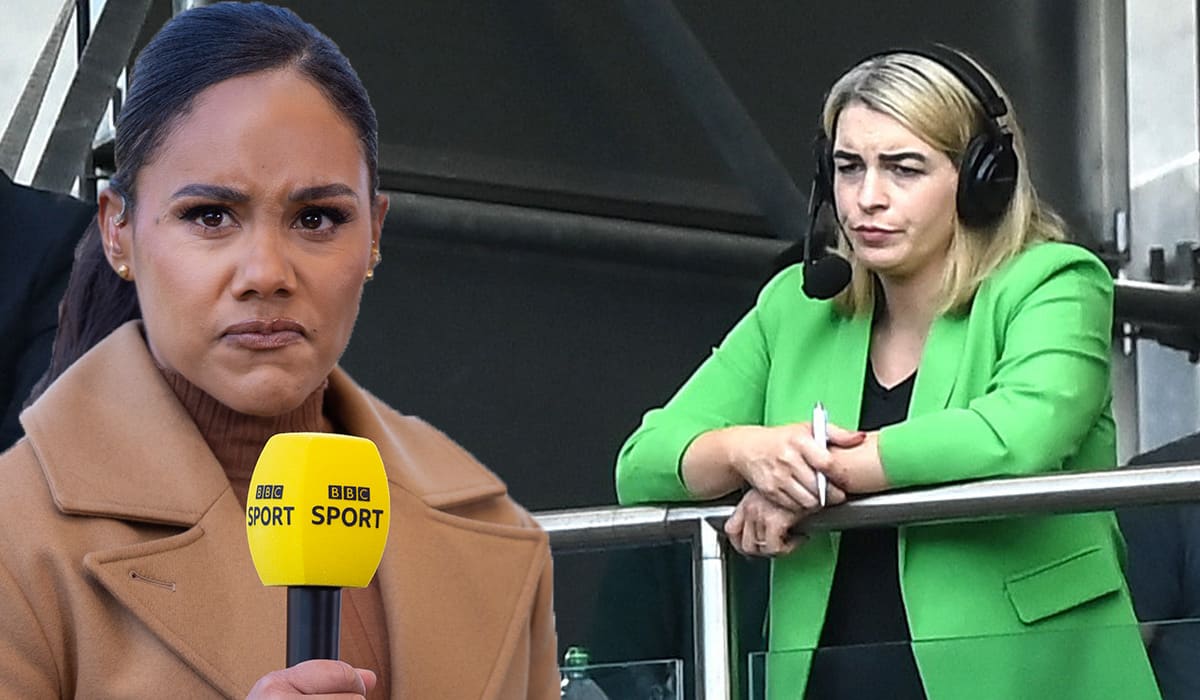 Only days before Ursula Jacob took her stand against mindless online abuse, Alex Scott spoke in an interview about receiving death threats because she is a woman talking about men’s sport.

Scott has become very successful since retiring from a career as a professional soccer player, working as a pundit and presenter.

Yet on the eve of the European Championships, she talked about people threatening her life, and how she reacted to it.

One of the most important decisions she took was to remain on air, despite the concerns of her employers. ‘It’s my responsibility to change perceptions by sitting in that chair and talking about football,’ said Scott.

The instinctive reaction is to praise Scott’s courage and her determination to let her work speak for itself, but it really does take a particular kind of derangement to threaten someone, let alone because they are a woman talking about sport.

Jacob didn’t have to contend with that kind of abuse, that we know of, but that she was moved to respond to a lazy, cynical attempt to repackage a couple of dumb online complaints into a story is indicative of some of the nonsense aimed at her.

And that she decided to respond while waiting in hospital for antenatal appointment throws the story in a starker light.

‘They’re faceless cowards,’ she said in a local radio interview. ‘Would that person come up to me on the street and say, “I can’t stand you”?

‘I’m not going to change my accent or change who I am. I’m proud to be from Wexford, I’m a proud woman to be on The Sunday Game. It’s an honour for me.’

She clearly found this episode distressing, but the Jacob controversy illuminates how stubbornly some old prejudices still linger, though also how isolated these views are. And the fact that they were amplified at all also shines a light on the brainless, lazy nonsense that some websites try to pass off as journalism.

The formula is old and easily seen through: dig up a tweet by or involving a sporting figure, adorn it with a sensationalist headline, and pray for clicks.

This half-baked attempt to spin a controversy around criticism of Ursula Jacob appears to have involved just two posts on social media. If an authentic news story could be sustained by one crank venting on Twitter, then journalism would be at a truly grim pass.

Jacob also said that ‘something has to happen to protect the likes of herself and other people’, a reference to pundits, presumably.

This is a forlorn wish. There is no more accommodating vehicle for nasty personal attacks than social media, and the chronic failure of social media companies to address the many, often sinister and dangerous, ways that these platforms facilitate such attacks makes the chance of change nil.

Alex Scott’s approach is sourced in optimism. Her conviction that it’s her ‘responsibility to change perceptions’ is honourable, but it also presumes there are some minds that can be changed.

There is a cohort that will always remain resistant to the sight of a woman analysing a hurling match. The reasons for their hostility are given names like misogyny and sexism, but understanding the motivations behind their abuse is thankless – and maybe pointless.

Because some minds will remain resistant to a new way of thinking. On a practical level, the introduction of women pundits into men’s sport has provided some desperately needed inspiration.

The two stand-outs have been Lisa Fallon in soccer and Cora Staunton in football. Their strengths are similar: an expansive understanding of the game under discussion that is easily communicated.

Joanne Cantwell’s appointment as the host for the live broadcast of The Sunday Game was another significant juncture. As with the use of the likes of Fallon and Staunton as pundits, Cantwell got the gig on merit: only a few minutes’ viewing are needed to understand that she is an incisive anchor who is unafraid of pursuing a topic, no matter how controversial.

This last strength is especially significant given the staidness that characterised years of GAA coverage. Then came the age of the celebrity pundit, the motormouth whose contributions seemed designed to shock and pull attention on to the speaker rather than the wider issues.

Problems persist, particularly in aspects of RTÉ’s coverage, and that matters because it is the broadcaster to which the great majority of viewers and listeners have access. But they are not based on gender. There is a part of a pundit’s role that will always attract commentary. In an Irish summer, there are few public positions more high-profile than that of an analyst on The Sunday Game.

There will always be critics, and social media allows the more malevolent ones to spread their nastiness beyond the traditional audience, which extended only to the next barstool.

If we accept that abusive morons will always be with us – they have changed from shouting cheap digs from behind the wire at games or talking out of the sides of their mouths in pubs, to slithering around social media, usually behind fake names – we can also recognise the importance of change, and the value of a media environment that strives to reflect the wider world.

The website that started the Jacob controversy failed to do this; in fact it did the opposite, trying to represent a lonely minority as significant enough to warrant a story. It’s bad news for the cranks and the backward, but there is no going back.

The days of a line-up of staid, middle-aged men dismissing violent rows as evocations of manliness are in the past.

Analysis is more detailed now. Gaelic games have been transformed in how they are played and coached, and coverage of them has become more serious, too. Women have played their part in that, and they continue to do so.

That this needs to be said in 2022 feels absurd, but this story has served a useful purpose. It has exposed some lingering, if rare, prejudice. And it has also reminded us that every barb has a human target, and they can suffer on reading a comment the rest of us dismiss as stupid and instantly forget about.

But it has also re-emphasised the value of a changed media environment that understands opinions and insights are not confined to the same old cliques.

If we must endure the eejits and the bigots, then so be it. But keeping them in the dark, dank shadows, where no one can hear their screams, seems the best way of dealing with them. 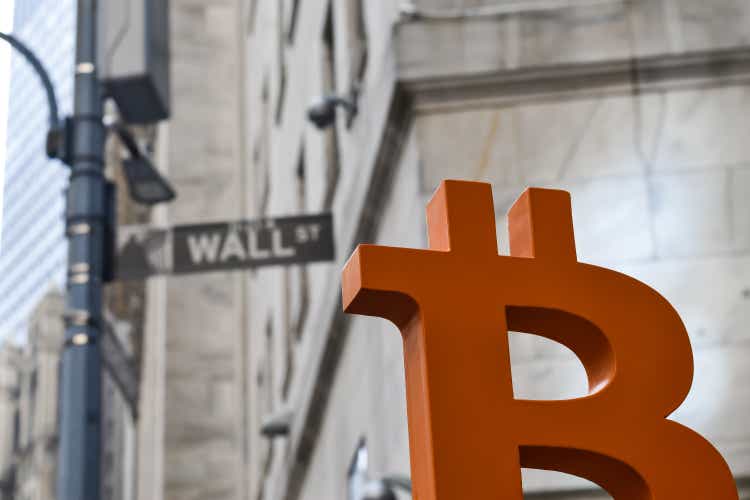 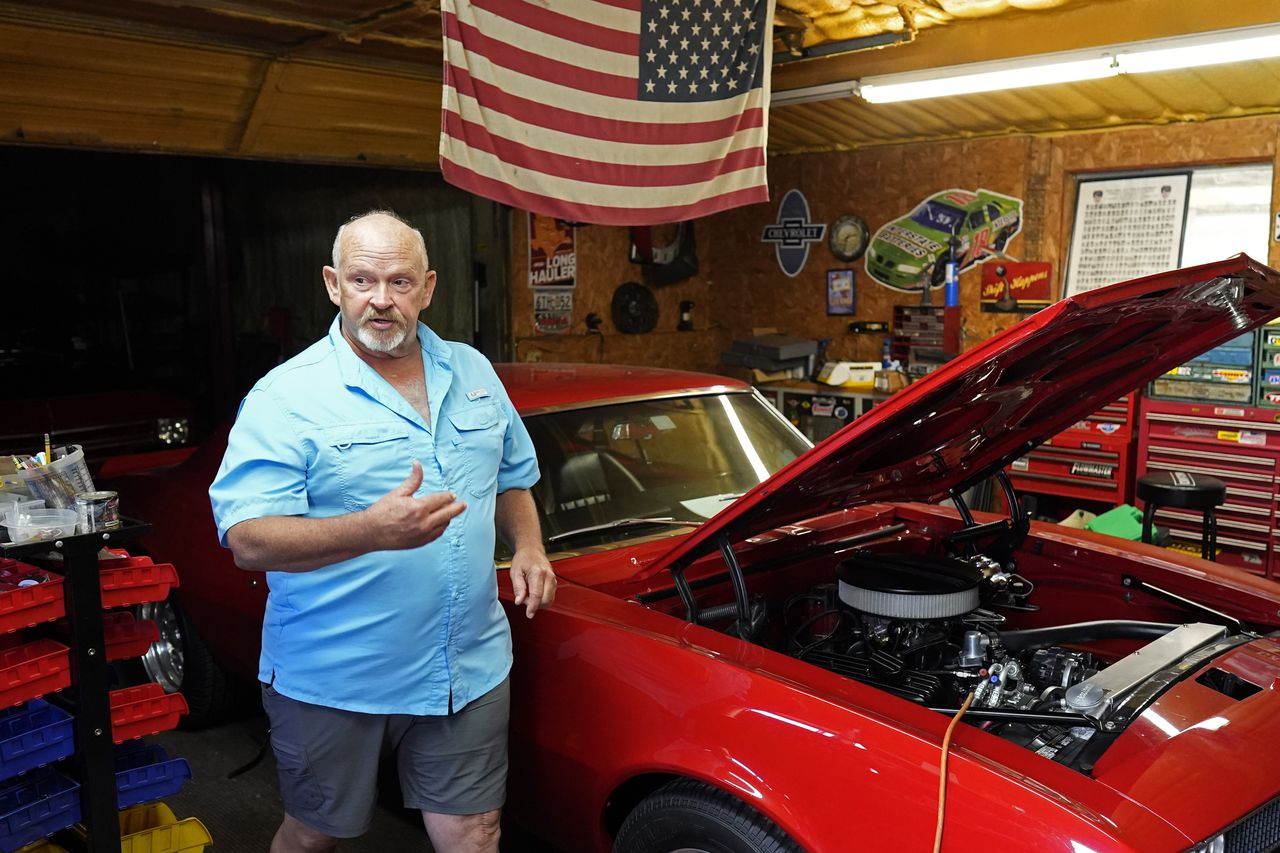