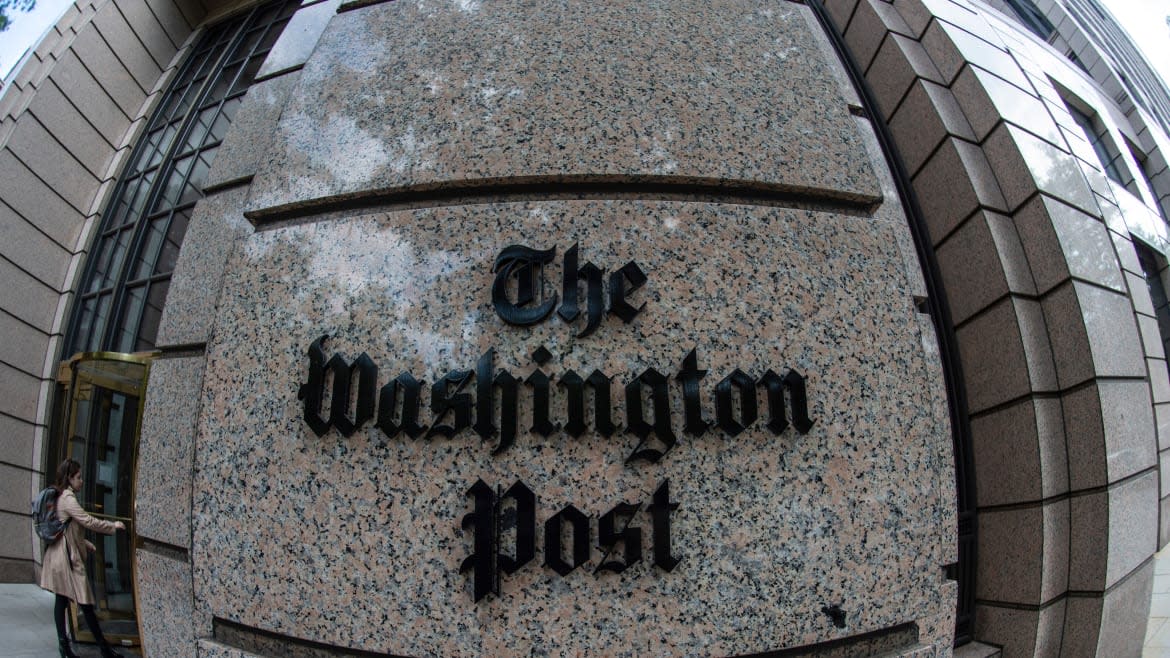 “Social media platforms can be useful as a reporting tool and strengthen our ability to find new audiences, but it is important to remember that social media accounts maintained by Washington Post journalists… inevitably reflect upon The Post’s reputation and credibility,” began the internal memo emailed to staffers on Thursday and obtained and reviewed by The Daily Beast. “Post journalists should not feel compelled to engage or broadcast on social media platforms, except for those whose roles explicitly require it. Post journalists who choose to use these platforms will be expected to do so responsibly.”

According to the new guidelines, which had no specific attribution, “A Post journalist’s use of social media must not harm the editorial integrity or journalistic reputation of The Post.” With the great power of “a blue checkmark and added followers” comes “our collective responsibility to protect that integrity and reputation,” the paper’s brass reminded staffers.

The memo specifically mentioned being more mindful of retweets, likes, or shares—undoubtedly a reference to political reporter Dave Weigel’s retweet of a sexist post that got him suspended and kicked off a week’s worth of drama within the paper. The Post did not immediately respond to a request for comment Thursday on its new policy.

Liz Seymour, the Post’s deputy managing editor for news operations and planning, thanked staffers in an email for “all their help and input” received in the policy’s drafting, which went into effect Thursday. It came three weeks after executive editor Sally Buzbee said the paper would update its social media policies—policies that eventually led to Weigel’s suspension and the firing of political reporter Felicia Sonmez.

“Your thoughts and suggestions were critical to these efforts,” Seymour wrote.

Furthermore, again in the wake of this month’s internal drama, the memo added that “It is not appropriate to use your social media account to air personal grievances with an individual or to mention a company in a way that could be construed as unwarranted criticism or seeking favor or special treatment.”

“The values that define a Washington Post journalist – professionalism, empathy, collegiality and a focus on the facts – should be demonstrated on our social media accounts and in our interactions with colleagues, competitors and our broader audience,” it said. “Social media is not the platform to engage in disputes with your colleagues.”

The outlet has had a two-year and often fraught relationship with developing a new social policy, one that preceded Buzbee’s leadership. A committee of nine reporters on the Post’s national desk had provided recommendations for redeveloping its past social media policies, which dated back to 2011, but many of those had not been incorporated.

The April 2020 memo from the committee, which was sent to then-national editors Steven Ginsberg and Lori Montgomery, was leaked to reporter Ben Smith two months later.

The memo also made sure to remind employees not to become leakers. “Employees can and should have the expectation that internal editorial communications will not be made public,” it said. “There may be occasions when The Post, in the interest of providing transparency about our work, will publish internal materials on an external platform.”

Read more at The Daily Beast.

Got a tip? Send it to The Daily Beast here

Get the Daily Beast’s biggest scoops and scandals delivered right to your inbox. Sign up now.