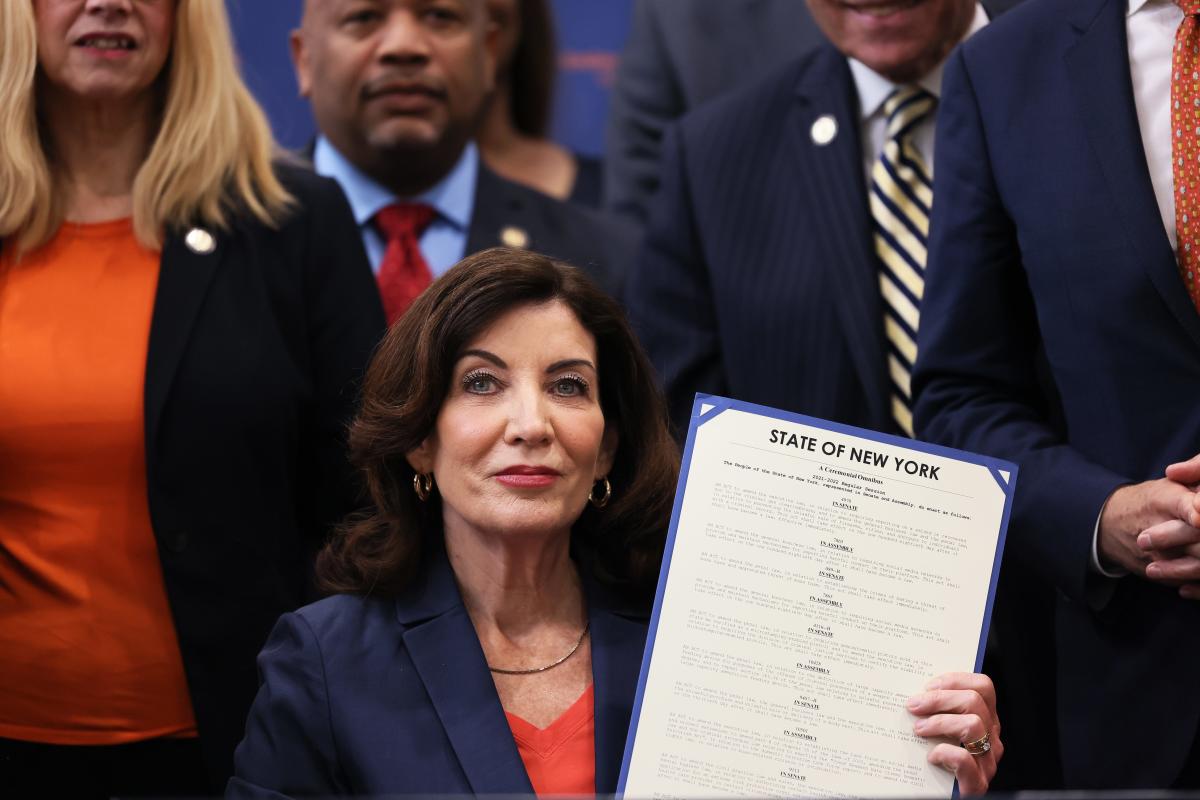 After the U.S. Supreme Court invalidated a key feature of the state’s licensing process earlier this year, New York legislators scrambled to beef up the requirements for obtaining a permit and restrict where residents can carry firearms. These and other mandates were included in a sprawling legislative package on guns, which passed in early July and is set to take effect Sept. 1.

But the social media requirement in particular is generating a lot of outside scrutiny and skepticism. Depending on how it is implemented, legal experts say it could lead to confusion and, almost certainly, further litigation.

“It’s just another debacle,” said Peter Tilem, a Second Amendment attorney based in Westchester. “New York seemed to put a major premium on being first and not necessarily getting this right.”

The Supreme Court’s June decision in New York State Rifle & Pistol Association v. Bruen established that the state’s high bar to obtaining a concealed carry license violated the U.S. Constitution. Though it struck down the elusive “proper cause” standard − which required an applicant provide specific reasoning to carry a firearm − the high court left in place nearly every other aspect of New York’s extensive process for obtaining a permit.

Applicants will soon have to disclose to licensing officials “a list of former and current social media accounts,” going back three years. This information will be used to determine an applicant’s “good moral character,” a prerequisite to obtaining a firearms permit.

That New York would require applicants for pistol permits to demonstrate a “good moral character” is nothing new.

The moral-character requirement has been a part of New York’s licensing process for over a century. And some states with licensing schemes that were implicitly blessed by the Supreme Court’s decision contain similar “suitable person” requirements.

“The aim of these requirements is to cast the net a bit broader and to capture conduct that isn’t criminal but that might raise concerns about that person having a concealed carry permit,” explained Andrew Willinger, executive director of the Duke Center for Firearms Law. “There are already group prohibitions on firearm ownership at the state and federal level.”

But now that New York’s “proper cause” standard has been eliminated from the law, experts wonder how and whether the moral-character language will gain new prominence, and what role social media posts have to play in that assessment, if any.

Willinger notes that the durability of the law will turn on how it is applied in practice, adding that “there will likely be challenges more generally, with people saying the good moral character requirement is basically being used in the same way as proper cause.”

What are the potential drawbacks?

The use of social media feeds to scrutinize applicants in this way, above and beyond the character references that many applicants already provide, presents a unique challenge for government officials who may not understand the vernacular of social media or who will have to assess feeds consistently and objectively.

Use of social media varies widely across platforms, with some users maintaining accounts for professional purposes and others preferring anonymous accounts in order to troll, spam and harass.

“Social media can be sort of a window into the interests that people have,” observes Clare Norins, director of the University of Georgia School of Law’s First Amendment Clinic. “I certainly understand the desire to build some due diligence into the law, to look and see if there are red flags.”

But without clear guidance on how feeds should be evaluated, Norins said that this could allow officials to exercise unfettered discretion and, potentially, “open the door to viewpoint discrimination.”

“If a government official personally doesn’t agree with what you have on your account, or doesn’t like it for whatever reason related to their own biases, they can potentially use that against you,” she explained.

Numerous questions remain unanswered about the level of invasiveness that will accompany this new scrutiny, including how officials will access private feeds and whether the First Amendment’s protection of anonymous speech will extend to applicants holding anonymous accounts.

After the reforms were passed, the New York State Association of County Clerks wrote to Gov. Kathy Hochul, warning that “the process as it stands now will be riddled with complex, confusing and redundant barriers of compliance,” according to Spectrum News.

New York City has issued rules clarifying how licensing officers should assess someone’s moral character, including references to their criminal history, driving record and certain outstanding debts. But these rules don’t apply statewide, and the injection of an entirely new medium promises to complicate this process.

The USA Today Network New York requested guidance from the governor’s office on how to interpret the recently enacted changes, but has not received a final response.

Until then, the county-level officials tasked with investigating license applicants will be making their own decisions, according to their own judgement, on the propriety of online speech.

News of the proposal was met with fierce resistance from subscribers to /r/NYguns, a popular Reddit forum for Second Amendment enthusiasts in New York. Though it may run afoul of the law, one user’s strategy illustrated a seemingly unavoidable conflict moving forward: “Tell them you have no social media and let them try and find it.”