What would be your dream if a stranger on the street came up to you and decided to help you achieve it?

Well, that’s exactly what happened to Davide Del Piano when he was walking across a busy Westminster Bridge one sunny afternoon and was approached by a random man.

That man just so happened to be Simon Squibb (@simonsquibb) – a viral TikTok creator and entrepreneur who helps people build a business from scratch by utilising the power of his platform for good.

This particular chance encounter has since gone viral on TikTok with over 22m views and has led Davide to crowdfund to make his dream a reality.

It all started when Simon asked the passerby whether he would ever start a business of his own.

“A restaurant of course,” Davide replied and then described how ideally the food would be “Fusion cuisine/modern.”

When questioned how much this would cost, Davide estimated his restaurant dream would cost around half a million – a hefty sum of money to raise to make this happen.

Simon then suggested Davide participate in a Come Dine With Mestyle dinner where the TikToker and his team could try out the wannabe restauranteur’s food and film what happened.

“And if everyone loves it more people will want to have a meal with you,” Simon said.

“Step by step, people will fall in love with your food before there’s a complete drive to ask to please open a restaurant and you crowdfund all the money you need to make it happen.”

Davide was more than happy to cook for everyone, and arranged with Simon – who offered to pay £150 for the ingredients to kickstart his new business – for the dinner to take place the next day.

Arrangements confirmed – though Davide couldn’t quite believe Simon as the entrepreneur reached into his pocket to fork out the £160 (including an extra tip ahead of time) for the ingredients, as Davide laughed and said “You’re joking.”

Now those details had been ironed out, Simon wanted to know what Davide would name his restaurant, who said he would call his establishment “Black Pearl.”

“We’ll see you tomorrow at seven,” Simon concluded at the end of the video.

While this first conversation between strangers has gone viral, Simon has used his knowledge from running 18 businesses (currently setting up his nineteenth) to help other people like Davide achieve their ambitions.

“I started the beginning of lockdown, two years ago, or so,” Simon told indy100. “And I just initially was seeing a lot of people were getting laid off or struggling or you know, the food and beverage sector closing down wondering what to do next.

“I just thought to myself, I’ll just go on TikTok and other social media platforms and just give some [free] advice, you know, just to give people some tips of how to start a business and how to build a brand.”

“I think it’s resonated with people right now because people need a bit of hope,” he added. “There’s a lot of panic and worry and concern about what the future looks like. And I think people just like a bit of good news, you know, someone’s got a dream and it’s happening.”

Simon has made a name for himself on social media with his videos, but noted that he “didn’t go on social media to get famous,” but rather to “give back,” and focus on promoting others rather than it being about him.

“For me, it was always about, ‘How can I help people out there that are struggling?'” he said.

The day had come for Davide to cook for an expert team that Simon assembled of business experts and restauranteurs including himself as he’s previously owned three restaurants, hospitality expert Steve Humpherson, Director of Northern Europe at GoFundMe Dina Rickman, content creator Harrison Leigh, entrepreneur and food and beverage expert Sam Danby.

“It could be the biggest moment of my life actually,” Davide said in the follow-up video documenting his progress. “I never thought something like this could happen, you know you always dream of and then some guy stops you in the middle of London and tells you ‘What’s your dream?'”

As a child growing up in Italy, Davide loved food and recalled how his mum and grandma were “always cooking” and passed this passion on to him which led to his ultimate ambition of opening a restaurant of his own.

Safe to say, Davide’s three courses – which included salmon and Tuna mosaic carpaccio for starters, poached salmon for the main course and set banana milkshake for dessert- went down a storm with the experts who gave the Black Pearl the green light, and this began with securing the trademark for this name in the restaurant sector.

So what are the next steps for Davide and the Black Pearl?

After deciding it will be a high-end establishment, the search is on for the location of the first restaurant as well as continuing to involve everyone in this project.

“We’re also doing a crowdfunding push primarily because we want the community to feel a part of it,” Simon said.

“That’s a lot of people who want to support David’s dream. So we’re doing crowdfunding in part so that people feel a part of it. And it’s a community effort to open David’s restaurant that doesn’t fall on any one particular person. Of course, it will fall on David to run it and cook the food, but that’s his dream.”

Currently, Davide’s GoFundMe page has already raised more than £3,5 of his £10,000 goal since it was created on October 20, with over 168 people donating.

Win This Restaurant If Your Food Tastes Good!www.youtube.com

An expression that often appears as a hashtag in Simon’s videos is “Give not take,” which is something that the entrepreneur says took him a “long time to realise how much joy can come from helping other people.”

“It’s the capitalistic world we live in, and I’ve lived in it my whole career,” he said. “It’s about what you can build for yourself and it’s kind of like the model is give and take, that’s the narrative we’re sold. I’ll give you something that you give me something back.

“I love the idea of kind of changing the narrative a bit and just something I realised myself is that it’s not give and take, it’s give without take.”

On the subject of giving, Simon also broke down the costs of what he does. He has personally put over £300,000 into The Purposeful Project which aims to “help 10,000,000 people start and grow a business and build a community that solves unemployment.”

The money made from his viral videos “helps fund the production of the videos and the editing and the management of it all and the money that we give out,” generating enough income from socials to pay “all the things required to help people streams happen.”

Every week, Simon is out and this week he was filming in Wembley when he spoke to indy100 but travels to different areas of the country meeting people so you never know, perhaps you could be the next Davide?

“Imagine if every single one of my followers helped a stranger today just take one kind gesture whether it was to listen to them, buy them a cup of coffee, give someone a little bit of extra money to pay the electricity bill, whatever you can do help a stranger today, and the effect that that can have on the world,” Simon concluded.

For more information, you can visit and donate to Davide’s GoFundMeto help him open his restaurant Black Pearl here. 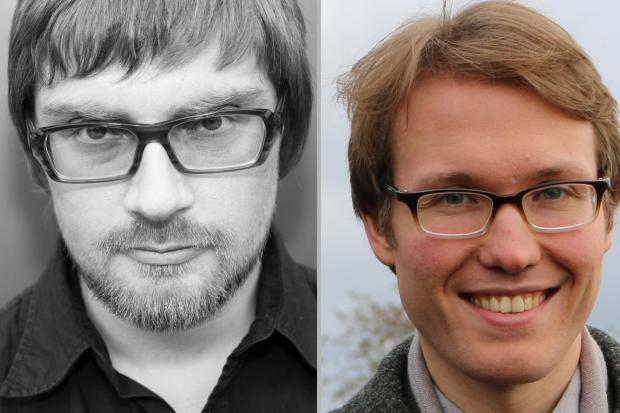