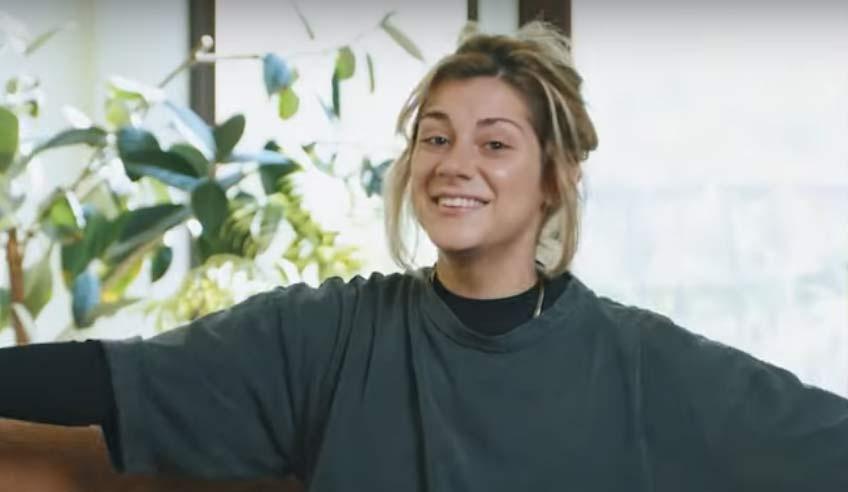 Pop singer-songwriter Jackie Miskanic – known professionally as Jax – finished third on the 14th season of American Idol, and the show certainly launch her career. This summer, social media now has helped her notch her first entry on the Billboard Hot 100 chart for her ode to body positivity “Victoria’s Secret.” In addition, she filmed a flash mob video outside one of the stores, which also attracted attention from the company called out in the song.

Within days of posting the video to YouTube – where it has been seen 4.5 million times to date – Jax even received a letter from Victoria’s Secret CEO Amy Hauk, who said the 26-year-old singer had addressed “important issues.”

The single, which was released in June and has earned praise from numerous celebrities, specifically calls out the Victoria’s Secret brand, and notably company founder and former CEO Leslie Wexner, for profiting off young women while contributing to their negative body issues. Jax has stated that she wrote the song for a girl she babysits as a way to address body issues head-on.

Jax has used social media to promote not only the song but also the message. And she wasn’t actually surprised that Victoria’s Secret responded to the lyrics.

“It should have come way sooner! I am not the first person who has spoken about this stuff,” Jax explained via an email sent from her promotions team. “It shouldn’t take a blue check mark to get the attention of a corporation. I hope to think the overwhelming support and thousands of personal stories is what really caught their attention. It connected with a lot of people who were very vocal. Whether the company actually heard any of it, I guess time will tell.”

The pop singer also added that this isn’t really about a single corporation either, and suggested it was intended to be a metaphor that helped convey a message about the bigger evil: marketing toward people’s insecurities — especially young women.

“This was just my way of telling my personal story to girls, boys, kids, adults, that you are beautiful and you should never compare your body to what you see on media of any type,” Jax continued. “Because most of what you see is fake and made up by some old dude in a conference room somewhere. It’s not real and it’s manipulative. I hate the idea of anybody losing their sense of self-worth while someone else gets rich off of it.”

It should be noted too that a year ago, the Victoria’s Secret brand began a new direction — one that included replacing all the men on the board of directors, with the exception of CEO Martin Waters, were replaced by women. In addition, the traditional Victoria’s Secrets Angles were replaced by the likes of “LGBTQIA+ activist” Megan Rapinoe, plus-size model and “body advocate” Paloma Elsesser, and transgender swimsuit model Valentina Sampaio. However, this summer’s song still has served to further bring body awareness issues into the spotlight.

The pop singer didn’t expect that her flash mob video, filmed earlier this year, would be seen millions of times, and said that she is always shocked by the response some of her online posts – on TikTok, Instagram, and YouTube – often receive.

“This one specifically blew me away with how many people started sharing their experiences with eating disorders and body dysmorphia. It really struck a nerve,” she added.

The video, which is just under three minutes in length, was filmed outside of a Victoria’s Secret and involved a real flash mob.

“I was sitting around thinking how cool it would be to bring flash mobs back,” said Jax. “They used to be so fun but kinda disappeared. So I called a choreographer and told him what I wanted to do. I told him that I want to spotlight as many body types as possible in three minutes.”

Over the course of just two days, which allowed for a limited amount of rehearsals, Jax learned the moves, while the video was then filmed in a single take. “I still can’t believe I danced through the entire song, with two left feet, surrounded by pro dancers,” she added. “I still smile so hard thinking about it – not to mention it was like group therapy talking with all the dancers. I didn’t even consider how badly dancers go through eating disorders their entire lives and we all shared our stories during the rehearsal.”

Today many young singers are using social media to share their music, but it is also allowing fans to connect directly with the artists.

“Before, you would have to read an article or watch a documentary to follow your favorite artist. Now you can be along for the entire journey,” said Jax. “TikTok has allowed me to reach wider audiences. People love stories and I think that that is the beautiful thing about TikTok. You can follow someone’s journey and in turn, know exactly where the artist is coming from.”

This has also included sharing some personal heartache via the platform, including how she used it to get over a breakup. Jax said that the platforms allowed her to bring some of the baggage into the normal – “stuff” she would normally never consider talking about.

“Talking about these things helps create a dialog with people from all walks of life,” the singer noted. “It kind of feels like one big group therapy session that everyone (including myself) benefits from.”

Today, pop music and social media are so interconnected that it has become a new normal for how artists can engage with fans. Jax said she believes TikTok is now an app that allows for authentic creativity. Even as she is a signed recording artist, Jax still uses TikTok to test out songs to see if it “hits home” or not.

“It allowed me to finally be my goofy awkward self and not some industry made-up persona,” Jax explained, “Which I thought I had to chase my entire life. That’s why this app is so popular because the users scroll right past the ‘BS.’ So now a kid in their bedroom can make a 30-second song and have it heard by three million people overnight. It’s a great time to be an artist because the distance between you and your fans is literally one scroll away.”