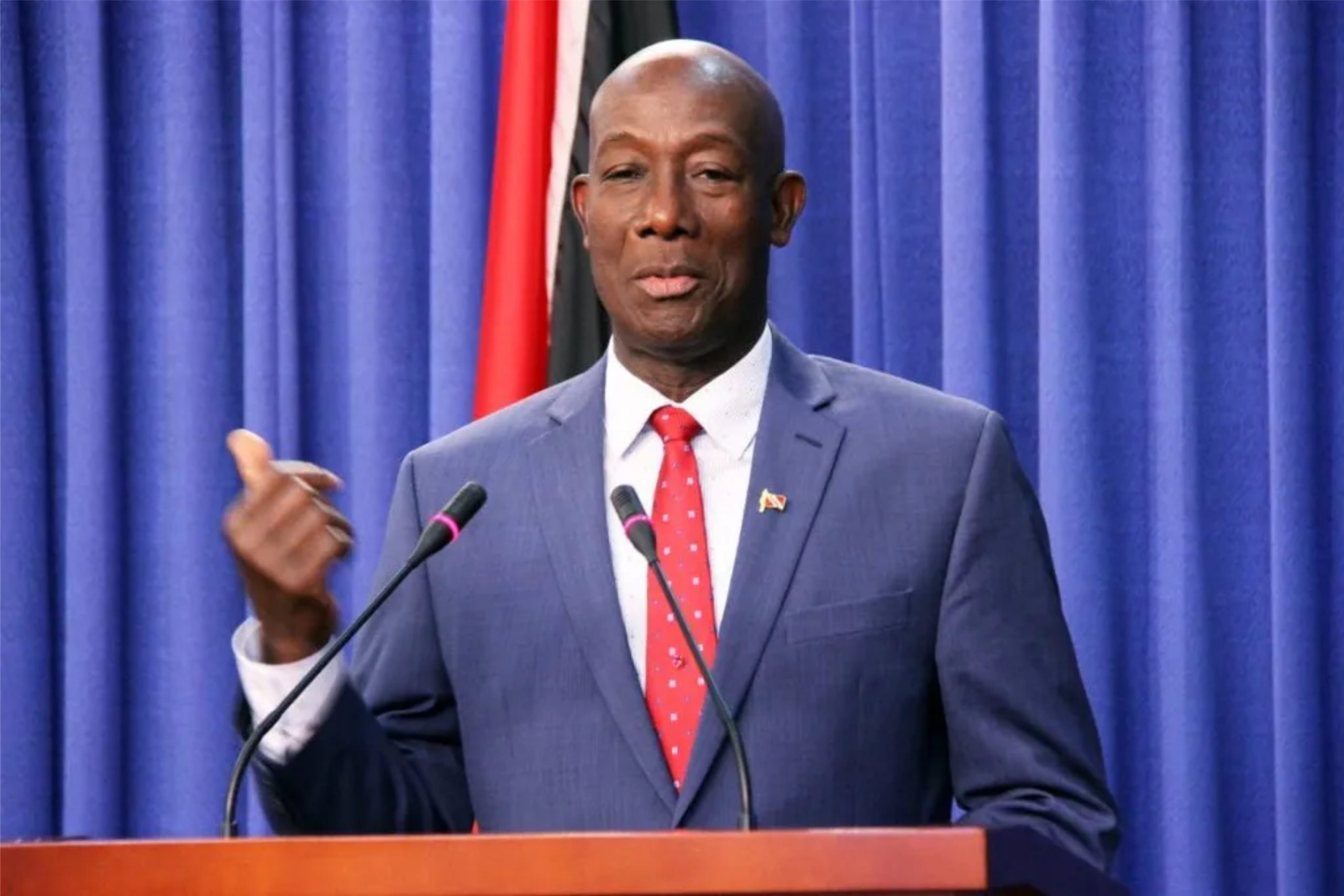 Information Minister Symon de Nobriga has dismissed as “fake news” reports being circulated on social media that Prime Minister Dr. Keith Rowley, who returned here after a lengthy visit to the United States was being investigated by US authorities on money laundering.

In a message posted on his Facebook page, de Nobriga said Rowley had travelled to the United States last month to attend the Summit of the Americas and then “then extended his stay in the US to attend to his personal healthcare”.

A government statement said that Rowley who returned here on Thursday night, is due to travel to Suriname on Saturday for the annual summit of Caribbean Community (CARICOM) leaders from July 3-5. He is due to host a news conference on Saturday prior to his departure.

The information minister said that while he does not know the authors of the social media posts regarding the allegations against Rowley “it is instructive that almost everyone who sent me the posts identified one as a known UNC (opposition United National Congress) operative.

“I won’t make a pronouncement on that but a cursory review of their posts will be sufficient for anyone to come to their own conclusion. What I do know is that this is straight out of the UNC Opposition’ playbook.

“It is textbook misinformation and it is a distraction. It is consistent with the near constant flow of misinformation in the public domain that must then be addressed, out of respect for the public whom we serve, and which then takes us away from being able to address very real concerns the public has.,” de Nobriga

He said the social media posts “like others from other operatives, first and foremost are devoid of any facts or references to facts.

“They are also deliberately irresponsible and inflammatory with their words but this should come as no surprise to people either. This is the behavior to which we have become accustomed. What we need to understand is the intention. It is to plant the seed of doubt and contention. Unfortunately, when they inevitably retract those words, they know the damage will have been done.”

He said that this “cannot be the way we operate as a Nation,” adding “this Government understands that it has hard work to do at a very hard time but we understand our job and we will continue to do it.

“These posts were intended only for mischief, bacchanal and the creation of doubt in authority and they should be dismissed as such,” de Nobriga said.