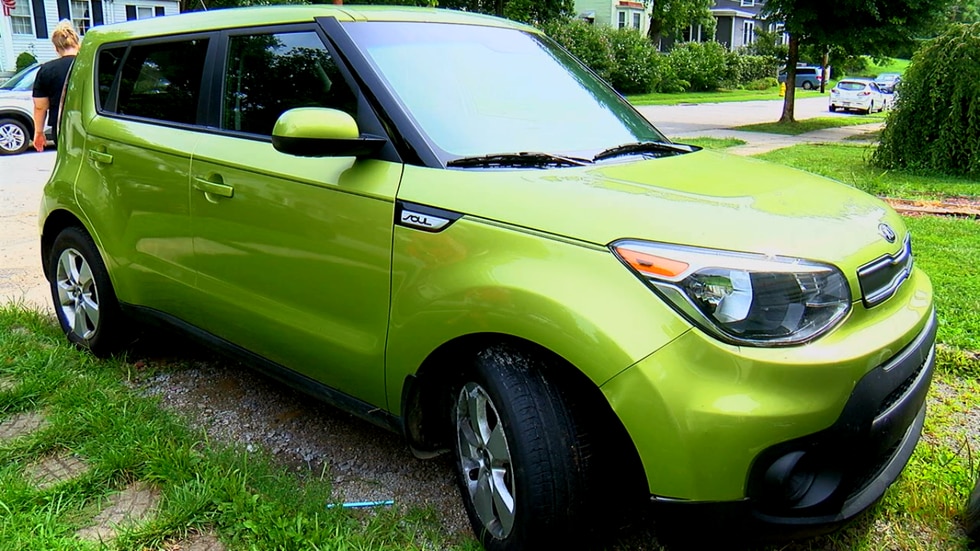 CINCINNATI (WXIX) – A Spring Grove family had their car swiped thanks to a growing trend on TikTok that shows how to steal certain Kia and Hyundai cars in seconds.

Matt Perry said his 2019 Green Kia Soul was sitting in the driveway, and when his roommate went to work around 5:30 p.m., it was gone.

Perry’s wife posted on her Facebook page that her family’s Kia was gone and minutes later Facebook friends responded.

A loud knock at the door Saturday morning woke the Perrys.

“The police came to the house saying, ‘Hey, we got your car. Do you want to ride over there and check the damage and see if you can drive it home?’”

The police report says the car was involved in a high-speed chase before it crashed. The teenage driver was eventually caught.

Perry was happy their car had been found but was devastated to see the damage.

“The front left tire was flat. All four rims on the car were destroyed. It looked like it had been jumped over curbs and hill-jumped. When the police tracked these guys down in the car, they hit a parked car,” Perry said.

He says he would not wish this experience on anyone.

“For me, it was a headache. The vehicle more or less belonged to my wife. It was our car, but she pretty much drove it every day, so she’s still an emotional wreck, not knowing if we are going to be able to replace it,” he said.

Perry says his family is waiting on an assessment from the insurance company.

He says he worries his car will be totaled but says he is willing to buy another KIA.

See a spelling or grammar error in our story? Please include the title when you click here to report it.