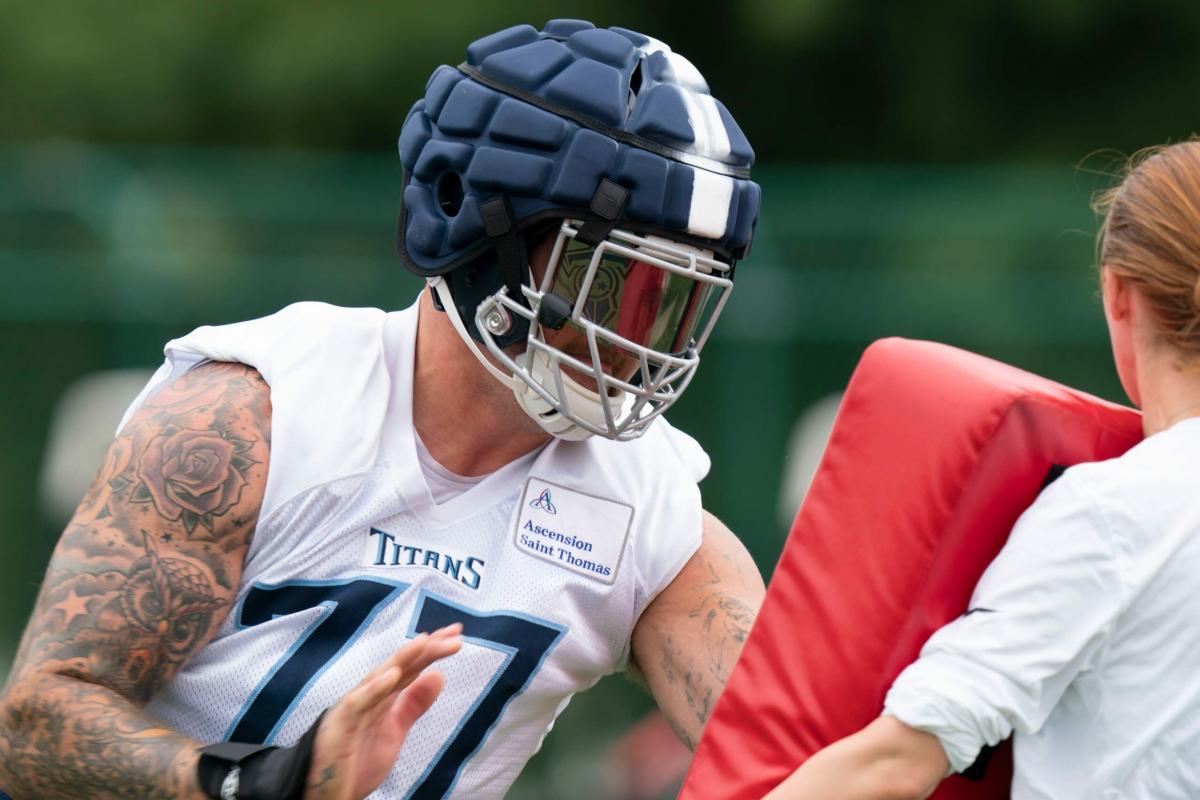 Tennessee Titans left tackle Taylor Lewan recently stated that he was not going on social media during the 2022 campaign, which is hard to fathom because of how active he is on Twitter.

But Lewan stuck to his guns when asked about it after the third practice of training camp on Friday, noting that things have become “crazy efficient” since he stopped looking at social media.

“It wasn’t this big epiphany of mine,” Lewan said, via Ben Arthur of The Tennessean. “It’s weird, the first couple of days I was actually kind of bored, the real world is kind of a little boring to me. Now, it’s become almost crazy efficient because there’s nothing to look at.”

After playing next to Rodger Saffold for the past three years, Lewan is set to have a new left guard next to him, which will be sorted out in a training camp competition between Aaron Brewer and Jamarco Jones.

As for Brewer specifically, Lewan was very complimentary and said the pair have a “good chemistry going already.”

“He’s a great dude. He’s very athletic. He and I have very similar skill sets, which is fun if it’s used the right way,” Lewan said. “We have a good chemistry going already.”

The left guard spot isn’t the only position to have a new starter in 2022, as right tackle will feature a competition between Dillon Radunz, the favorite, and rookie Nicholas Petit-Frere.

So, how does the new offensive line look thus far?

“We literally have no idea ‘til pads come on,” Lewan said. “We’re wearing underwear. We’re running around. It’s like a glorified modeling show right now.”

Tennessee will return to the practice field on Saturday before an off day on Sunday. Then, the team will strap on the pads for the first time on Monday.

Titans’ Derrick Henry to attend SummerSlam, but will he get involved?