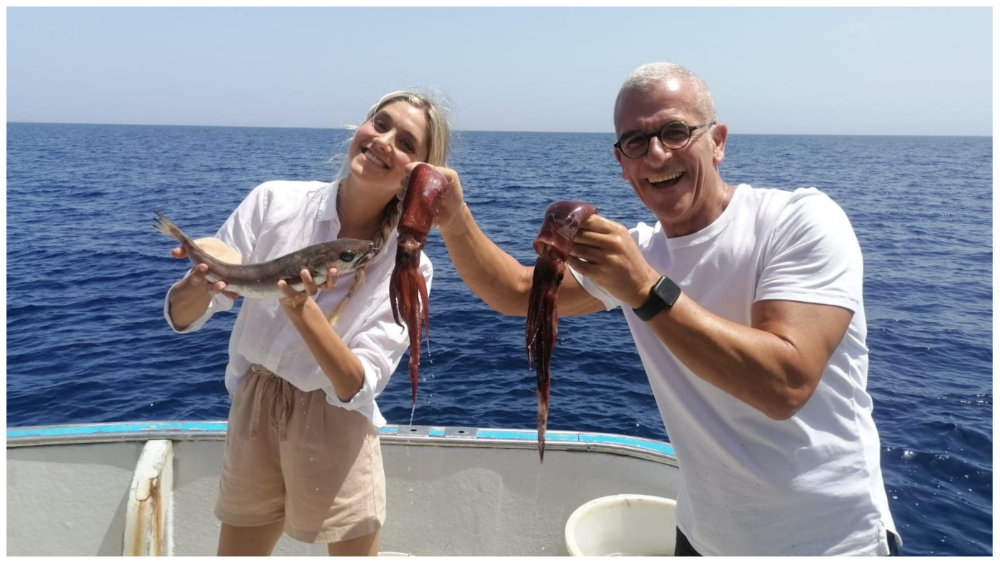 Introduced to international buyers during MIA Market, “Italian Food Tour” will start shooting in the spring. Antonio Azzalini has been tapped as showrunner.

“At Lux Vide, we like to promote our country. Also because Italians are so bad at marketing,” CEO Luca Bernabei tells Variety at the show’s unveiling in Rome. The company was acquired by Fremantle in March.

“Our productions take place in different spots in Italy because we try to take advantage of its beauty. Now, we will go everywhere from Palermo to Naples and Florence, experiencing all these cities and the food they have to offer.”

Finding the right people who could lead the way was crucial, he says, ultimately setting his sight on the unlikely pairing of Dinhut and Mariola.

“Not all chefs are nice. Some approach cooking like a surgical procedure, but Max is from Rome. He is fun and he likes to talk about food. He actually talks way too much, which is very Italian,” he laughs.

“I met this girl at a very boring dinner. She told me that most American shows about Italian food are really badly made. ‘They don’t even know you have seasonal cuisine!’ I thought: ‘This is an interesting person,’ ” says Bernabei.

“I don’t like this [stereotypical] image of Italy, pizza, mafia, mandolino. I don’t want things to be glossy, I want them to feel real.”

Dinhut was attracted to the show’s “simplicity and authenticity,” embracing a chance to understand and highlight local specificities.

“We get to see what comes from one territory and what you do with these ingredients. Most food shows tend to highlight the best restaurants, completely ignoring what people are really eating at home. I love when food tells a story and Italy has so many stories,” she says.

“By going to all these different regions, I started to understand how certain combinations come to life. Why pesto in Liguria is made from basil and the one in Sicily from pistachio.”

Providing escapism, “Italian Food Tour” – based on Bernabei’s idea – will also venture beyond five-star hotels, promise its makers. Encouraging potential viewers to later embark on a tour of their own.

“You will be able to experience what we have experienced just by going to a local Italian market and picking up some anchovies, bread and tomatoes,” adds Dinhut.

“In Sicily, we went on a boat, caught a fish and Max cut it open. We ate it raw with a little bit of olive oil and salt. It was one of the best bites I have ever had.”

It was the late Anthony Bourdain who inspired her to also “dive headfirst” while filming.

“He had his demons, obviously, but he was always captivated by the people he was talking to. He wasn’t scared to try anything. When we were filming, every day I would think to myself: ‘What would he say?’ I don’t have any formal chef or on-camera training, but I learnt just by watching him,” she states.

“To me, food isn’t just food. It’s about understanding a culture. Some learn about it through fashion or literature, I taste it through cuisine.”