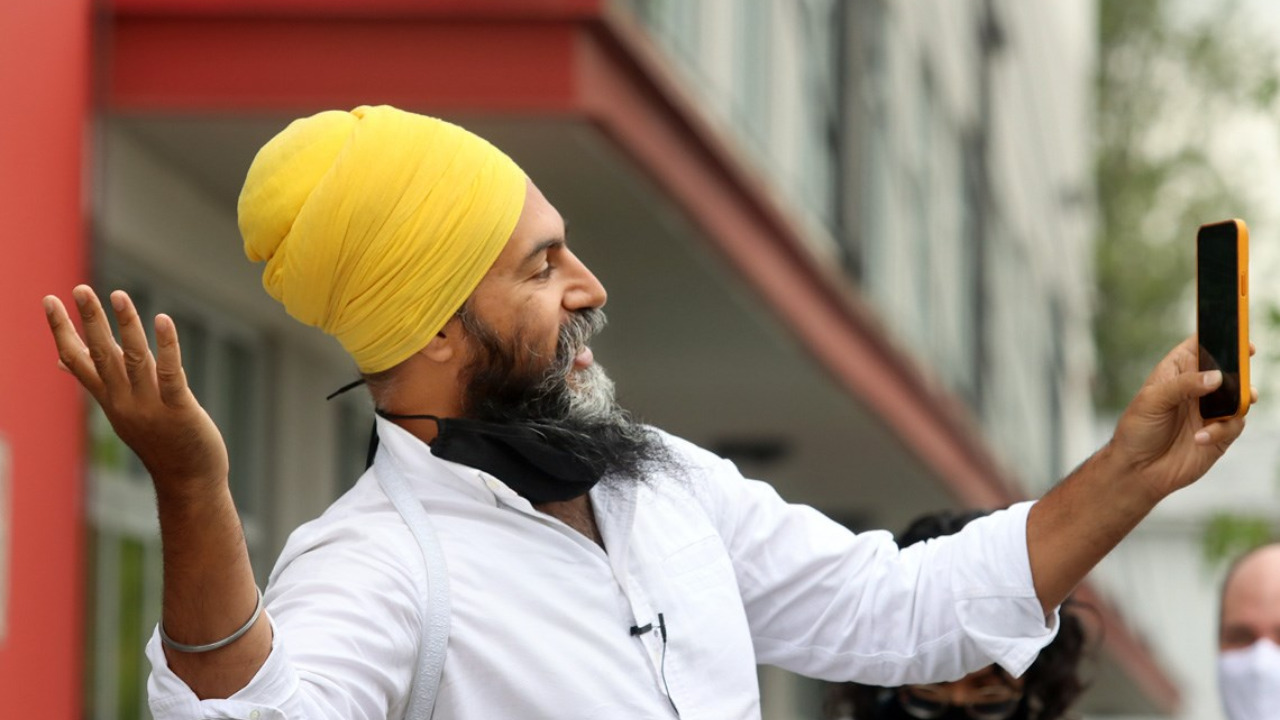 Jagmeet Singh’s New Democratic Party is losing its credibility. And you will be amused to know the reason behind- TikToK. Yes, NDP’s leader is famous on TikTok with around 9.4M likes and 900K followers. Impressive enough isn’t it? By showing off his luscious locks, Jagmeet never gets enough of upping TikTok’s game. For a politician, it sounds hilarious. But, little did the political leader know that his TikTok profile would lead to the NDP suffering from credibility.

As the party readies itself for the next elections, it should take lessons from the last elections. An internal party analysis of the 2021 federal election claims that the NDP experienced a credibility deficit with voters.

The campaign debrief was surreptitiously published earlier this year on the party’s website. It offers a conflicted evaluation of the NDP’s performance in the most recent election. The report suggests that Jagmeet Singh’s personal image took a hit during the campaign owing to his vague statements on the campaign trail.

The absence of “anything substantial” in Singh’s public pronouncements, according to an unnamed national NDP campaign staffer featured in the article, did Singh no favours.

“It’s like someone is drowning — Jagmeet is very caring and genuinely understands what the person is going through. He then tells them other leaders cannot help,” the staffer said, according to the report.

Read More: Jagmeet Singh: The man behind the mask

“But then he didn’t throw a buoy, a rope that gives hope of getting out of there, something concrete to hold on to.”

Although Jagmeet might have thought that his active social media presence would prove to be a source of strength to the party’s electoral fate, it seems the exact opposite happened. Perhaps, Jagmeet Singh’s TikTok presence made him appear “less serious” diminishing his political gravitas.

“Local candidates shared that Jagmeet’s and the federal party’s use of social media helped them build support on the ground, especially with young voters,” the report says.

“There was a suggestion that Jagmeet’s notoriety on TikTok makes him appear ‘less serious,’ which needs to be addressed.”

The internal analysis highlights how NDP detractors from both inside and outside the party claimed its agenda lacked substance. The authors of the paper claim that they were informed that independent voices confirming that a New Democrat administration could fulfil its commitments were required under the platform but were lacking.

According to the research, the campaign’s choice to hold off on disclosing the cost of its promises and how they would be paid for until just days before the actual election day “exacerbated” this issue. According to the research, it gave people the idea that the party’s strategy was to “throw money at” issues, which eventually did not provide the true “fix” of the problems.

There are softwares that could prove to be useful for the party’s electoral prospects. Softwares such as Dandelion and CallHub are among the party’s voter outreach software platforms that are key to winning the modern-day elections. They allow parties to identify their supporters and make sure they make it to the polls.

Instead of using such softwares NDP leader Jagmeet Singh is busy making TikTok videos. According to the research, the NDP had $24 million in the bank at the start of the 2021 election campaign, more than twice what it had at the time of the previous election and was in good financial standing. The party gained three additional seats and boosted its national vote share, but it lost Hamilton Mountain in Ontario and was shut out of Atlantic Canada, losing St. John’s East in Newfoundland.

Moreover now in the era of social-media-savvy Pierre Poilievre, who knows where to exactly strike the rod. He focuses on bread-and-butter issues like affordability that traditionally have played a large role in the NDP’s appeal to voters.

The NDP will need to deliver a “sharp critique” of Poilievre’s outreach to working-class voters, McGrath said. On the other hand, Jagmeet Singh making hilarious videos on TikTok is just hurting the party’s credibility.