After the long offseason, spring camp, scrimmages, offseason workouts it is almost time to kick off the season. Last season was just a different animal from what we had seen in the past. The pandemic changed schedules, limited the number of fans in the stadium, shortened the season. This year the LSU Tigers kick it off in early September with an early Power Five nonconference showdown.

After waiting a total of 259 days, the Tigers are ready to put 2020 in the rearview mirror as they start the 2021 campaign with a fresh slate. All that matters is going 1-0 before heading back to the Bayou. Head coach Ed Orgeron heads into a familiar place, as he looks to even his personal record against the UCLA Bruins.

LSU Tigers vs UCLA Bruins: Five facts about the week one matchup 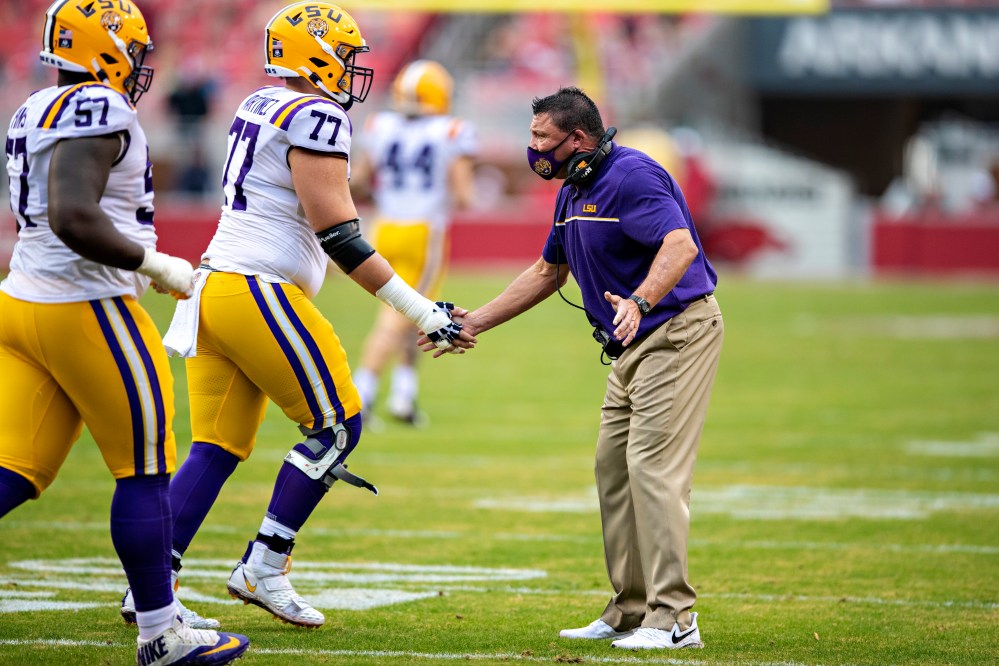 
The excitement for this game builds as we inch closer to kickoff at 7:30 p.m. CT. A look at the social media buzz early on Saturday morning as the LSU Fighting Tigers get ready to make history by winning their first-ever game at the historic Rose Bowl Stadium in Pasadena, California.

The Fighting Tigers are back! pic.twitter.com/RnO8tp0Bqz

So many tiger fans in LA it’s crazy !

Behind The Tigers – LSU Football’s Journey to Los Angeles pic.twitter.com/xk9biIkfTa

#LSU sold its allotment to the #UCLA game within a matter of days, requested more and sold those. I believe at least 10,000 tickets have been sold through the school.

Officials in Baton Rouge expect the amount of LSU fans here to top 15,000.

How great is it to have college football back?! 👏 🍿 pic.twitter.com/CWAK29Axfn

Got power back just in time for college football Saturday! pic.twitter.com/5VP2ZhZnfG