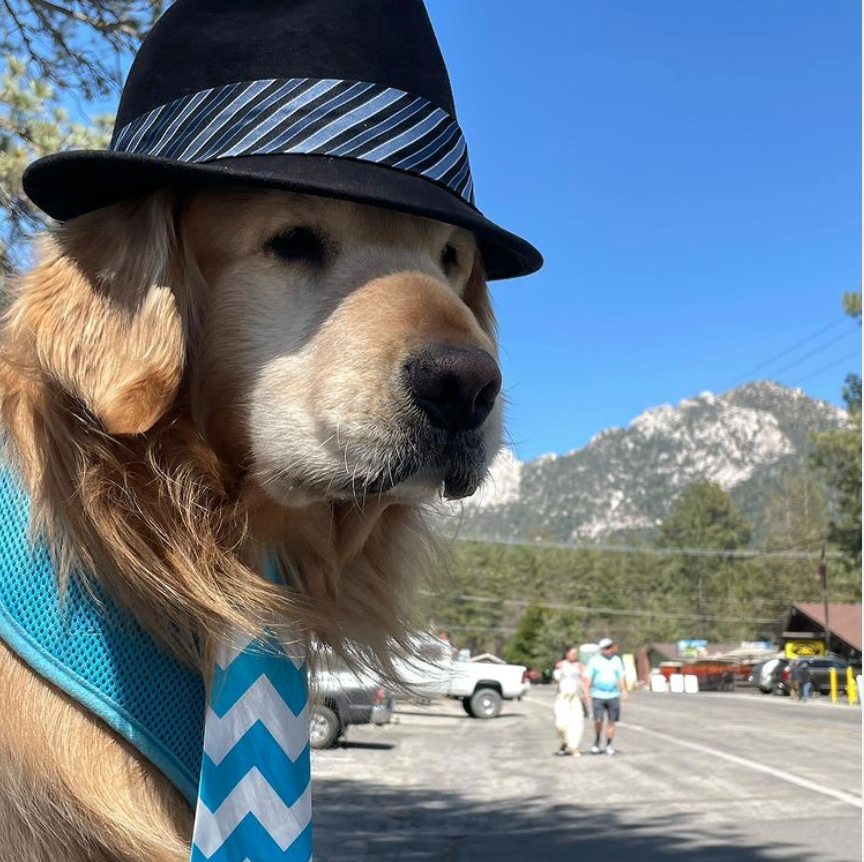 Mayor Max, the beloved canine leader of the town of Idyllwild, California, has passed away at age 9.

Known for his friendly golden retriever face around town and beyond, Mayor Max rose to stardom since he took over the office in 2013. He even appeared in a CBS Evening News segment in 2020 about his large presence in the small town, and drew visitors from far and wide to Idyllwild, where tourists loved to snag a selfie with the even-tempered canine.

In a statement on Mayor Max’s Facebook page last week, his owners shared the circumstances around his unexpected death, which came after an emergency surgical procedure. When it became clear that Mayor Mayor couldn’t survive the operation, the family realized it was time to let him go.

“I am so sorry to tell you all that Mayor Max went to Heaven a few moments ago. We are deeply grieving and will resurface when we can figure out what we are going to do next. As I kissed Max goodbye, I told him to come to the house and stay with us there spiritually,” wrote Max’s owner Phyllis Mueller, who also served as his chief of staff. “I believe he had a wonderful life because I know he loved going to work so much which is what we called going out to see the Idyllwild visitors.”

In a statement to the Idyllwild Town Crier, Max’s family expressed their deep grief and love for Mayor Max.

“We are so deeply saddened by the sudden and unexpected loss of our sweet dog, Mayor Max,” the statement reads. “Mayor Max is so much a part of me that I am having difficulty coping. Your outreach to us has been so comforting and helpful. As soon as I can, I’ll make an appearance in town if I think I can have any form of communication without crying too much.

The first Mayor Max, who was also a golden retriever, originally took office after a local animal rescue group came up with the idea to have it be a fundraiser where you paid a dollar a vote, Mueller told CBS back in 2020. He passed away in 2013, and this Mayor Max took over his role.

In the week since Mayor Max’s passing, the town of Idyllwild has started their search for their next humble leader. In the meantime, there will be two canine co-mayors who will take office.

“Deputy Mayor Mikey and I, Deputy Mayor Mitzi, are going to be the new Co-Mayors of Idyllwild on an interim basis while Phyllis and Glenny have now begun the quest for the search for Mayor Max the Third,” a statement read on Mayor Max’s Facebook page.

Yahoo Life reached out to Mayor Max’s office, but did not receive a response at publication time.

Wellness, parenting, body image and more: Get to know the who behind the hoo with Yahoo Life’s newsletter. Sign up here.