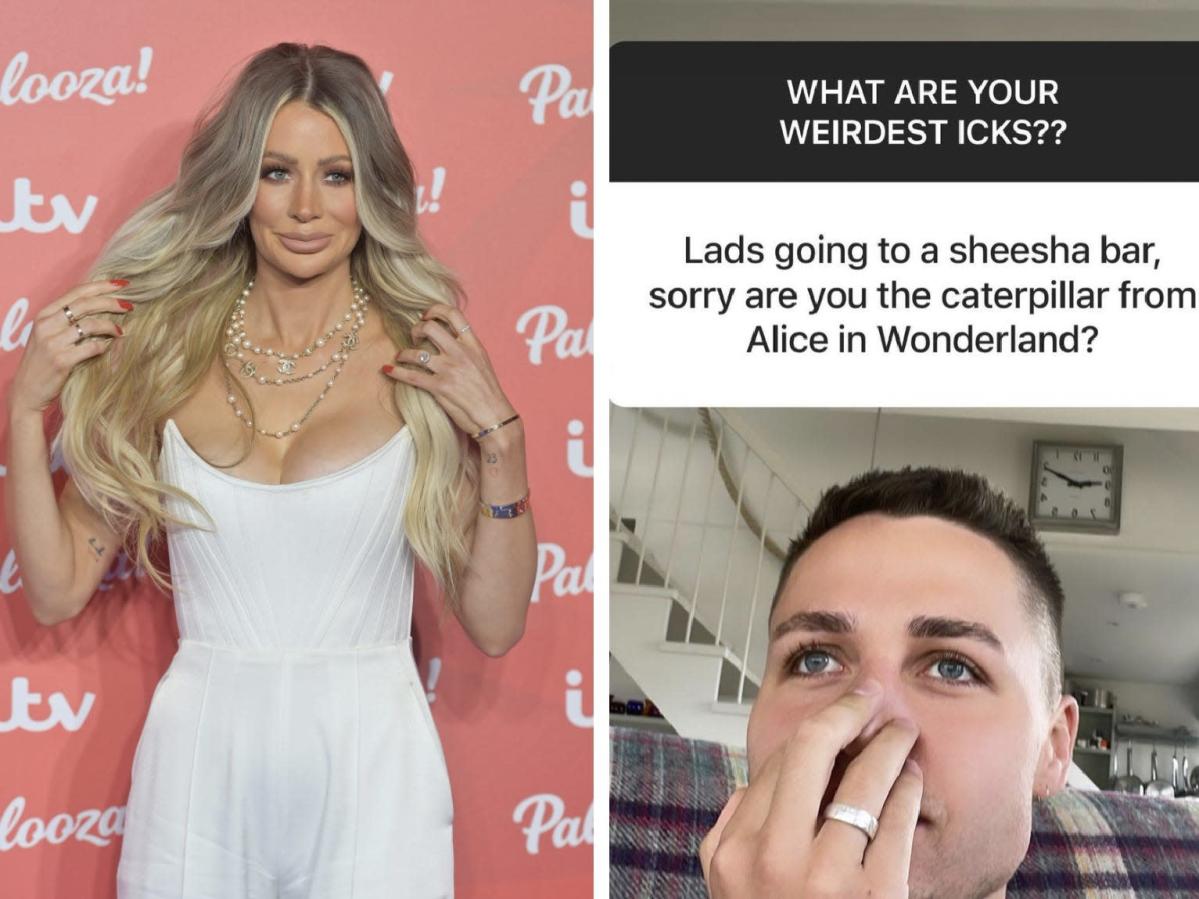 As the eighth series of the British dating show “Love Island” airs in the UK, Twitter is ablaze with commentary and debate dissecting the latest events from inside the villa. But in live tweets about the show, two words keep coming up: the ick.

The phrase is used in a romantic context — primarily by people who are attracted to men — to describe the precise moment they lose interest in someone. It became linked to the show 2017 when Season 3 contestant Olivia Attwood used it. “

If you’ve seen a boy and got the ick, it doesn’t go,” she said, explaining the collapse of her attraction to co-star Sam Gowland. “It’s caught you, and it’s taken over your body. It’s just ick. I can’t shake it off.”

Since then, the ick has become part of the “Love Island” lexicon. Icks can be tiny (such as using the “wrong” emoji during text conversation), but sometimes they’re more obviously character-driven, like getting the ick at someone being rude to a waiter. Either way, once you’ve “got the ick,” it’s perceived to be very hard to come back from.

This year, in the lead-up to the show’s return, social media users have been sharing their own icks across TikTok, Instagram, and Twitter. The hashtag #TheIck has 157 million views on TikTok, and there is no shortage of viral tweets unpacking it.

Posting about “the ick” can lead to high social engagement and help people feel like they’re part of a trending conversation, but it’s not without its pitfalls — namely that it may have become the biggest ick of them all.

Singer, presenter, and podcaster Jack Remmington has been posting about the ick on Instagram since 2021. Every Wednesday, he asks his 50,000 Instagram followers to share their “wildest” icks and posts some of the funniest responses.

From men calling themselves “spontaneous” on dating apps, to doing stretches before bed, wishing footballers “good luck” before games, and not being able to crack an egg properly, there are a lot of very specific entries. According to Remmington, these posts receive the highest engagement on his social media.

“Most of my audience are women, so there’s this tongue-in-cheek thing where we can mock men in a universal way, without it getting too deep,” Remmington told Insider. “People lap up content about love and heartbreak because it’s so relatable. Even if you don’t necessarily agree with it, you can kind of put yourself in that person’s shoes.”

Remmington thinks that more specific icks seem to do better online. “Even if an ick feels really unique, there are always people responding saying ‘that’s happened to me too!'” he said. “So it’s almost like the ick is an in-joke in itself. But then if you ‘get’ a very specific ick and find it funny, you almost feel part of an even more special club.”

Social media psychologist Ian MacRae, author of “Dark Social” and “Myths of Social Media,” thinks the ick has taken off because social media platforms encourage us to simplify things down to stereotypes and sweeping generalizations.

Exploring icks is a way for social media users to define themselves.

“Social media platforms offer us a lot of shortcuts for making decisions on fairly limited information,” he told Insider. “It’s really easy to build up imaginary pictures of what someone is like, then have it quickly shattered, and it’s also really common for people to define themselves in opposition to other people.”

There are broader psychological reasons behind the appeal of ‘the ick’

As London-based dating expert Harley Quinn explained to Cosmopolitan last year, the origins of the ick can be traced back to a 1999 episode of US drama “Ally McBeal.”

In “Once in a Lifetime,” the 15th episode of the show’s first season, the protagonist uses “the ick” to describe the moment she lost interest in a date. Even though it sounds negative, she admitted, McBeal said it really meant “just not meant to be.”

Dr. Raquel Peel, a psychology professor at the University of Southern Queensland, wrote in The Conversation that a sudden ick could be about protecting ourselves when we see a red flag, or even an act of “self-sabotage” when we sense someone getting too close.

The most fascinating thing about “the ick,” perhaps, is that it puts the burden for these feelings, which might well stem from our own emotional illiteracy or immaturity, entirely onto another person. “By saying ‘it’s the ick,’ people are really saying it’s just ‘something that happens’ in dating that is not their responsibility,” relationship expert Sarah Louise Ryan told Dazed earlier this year. “It removes accountability and ownership of the feeling.”

Not all ‘icks’ are as harmless as they seem

Memes about the ick are predominantly at the expense of men, which can feel satisfying to engage in. But there is potential for the trend to cross over from humorous to harmful.

Remmington told Insider submissions to his Instagram can veer into homophobia, where traits that read as “feminine,” like a man crossing his legs or taking selfies, are frequently deemed ick-worthy.

He makes an effort to highlight the fun, quirky submissions instead — and some of them aren’t romantic — or even human.

“Someone recently said they get the ick from lorries without the cargo bit at the back attached, which I thought was hilarious that they could get the ick from a literal vehicle,” he said. “But generally, I think in any situation like this, it’s about whether you’re punching up or punching down. There’s this sort of cathartic vibe in women unleashing the things which annoy them about men.”

Remmington thinks sharing icks can be a unifying experience for people, but cautions users against getting “too mean.”

Like with many social media trends, it’s easy to forget there are people of vastly different experiences reading these posts.

We may have reached ‘peak ick,’ with social media users moving on

Such is the ick’s ubiquity that even Keir Starmer, the leader of the British Labour Party, mentioned it during Prime Minister’s Questions, a weekly televised parliamentary discussion. “He’s game-playing so much he thinks he’s on ‘Love Island,'” Starmer said of Prime Minister Boris Johnson. “The trouble is, prime minister, that I’m reliably informed that contestants that give the public ‘the ick’ get booted out!”

But in recent weeks, a new iteration of the ick meme format has gone viral on Twitter and TikTok. “She’s a 10, but…” describes random traits, such as stanning Justin Bieber and crying when Zayn Malik left One Direction, which diminish the desirability of an apparently perfect woman. And in response, “He’s a 10, but…” a version centering on men, became popular on TikTok.

These new formats trade on a similar punchline to ick jokes, but with a wider scope when it comes to geography and gender.

Now that the ick has even reached the typically stuffy environment of British politics, it’s easy to assume it might be on its way out. Will saying “the ick” soon become the biggest ick of all?

“At risk of ruining my brand, I sort of hope so,” Remmington said. “It’s one of those things that’s probably gotten a little too big now, so soon everyone’s going to hate it and move on to something else.”

For more stories like this, check out coverage from Insider’s Digital Culture team here.