Corn has the juice (it has the juice). Corn has a viral song. And now the “big lump with knobs” has an official ambassador.

Tariq — the gaptoothed kid who captivated millions when professing his love for buttery corn in a viral video this summer — has been named South Dakota’s official “Corn-bassador.” Gov. Kristi L. Noem (R) announced on Twitter that Sept. 3 had been designated “Official Corn-bassador Tariq Day.”

“Tariq’s a-maize-ing endorsement contains more than a kernel of truth and has reached ears across the world via social media,” South Dakota’s pun-filled declaration states.

If none of that makes sense, you probably haven’t made it to the corner of the internet known as #CornTok — or the TikTok hashtag where thousands of videos feature the viral Corn Song, officially titled “It’s Corn.” But the social media obsession honoring the vegetable — or fruit, or grain — began with the mononymous Tariq enthusiastically describing an ear of corn at his local fair.

Calling it “the most beautiful thing,” Tariq highlighted the moment “everything changed” in his life: when he put butter on some corn.

“I really like corn,” Tariq told Julian Shapiro-Barnum, a comedian who interviews children in New York City as part of his web series “Recess Therapy.”

Shapiro-Barnum on Aug. 4 uploaded the clip titled “The CEO of Corn,” in which Tariq, whose last name and age are not used, declares that “corn is awesome!”

“It’s corn!” Tariq exclaims in the video, while munching on the cob. When asked to describe corn to someone who’s never tasted it, Tariq said it’s like “a big lump with knobs.”

“It has the juice. It’s the part that mostly makes me like the corn,” he said.

The interview has since racked up more than 3 million views on YouTube and over 875,000 on TikTok. Soon enough, buzz started to form around “Corn Boy” or “Corn Kid,” leading to Tariq’s remarks being auto-tuned into a song. The Gregory Brothers — known for putting social media’s most viral moments to music on their account, “Schmoyoho” — released a remix on Aug. 18 that was soon trending on TikTok.

The sound has been used in over 645,000 videos on TikTok alone, including one from The Washington Post’s Dave Jorgenson explaining how cornfields release “a-maizing levels of humidity” into the air. Others have used it to boast about the people and things they love — sometimes including corn.

Tama Leaver, a professor of internet studies at Curtin University in Australia, told The Post that the collective joy over the video is an example of people seeking entertainment in “nontraditional spaces” — and finding a sense of belonging while at it.

“Something that’s this infectious as the corn song is going to catch a whole lot of people,” Leaver said. “That’s part of the joy, part of feeling of being [on TikTok]. Part of the community of TikTok is being in on those audio memes.”

The video-sharing, Gen Z-favored app with over a billion users is the perfect platform for the “Corn Song” and other audio pieces — for instance, “Jiggle Jiggle” and “Into The Thick Of It” from earlier this year — to thrive, Leaver said. Its “very clever” algorithm provides a balance between personalized-to-taste content and viral videos. When it comes to trends, he said users are inclined to pile on not only because the app’s features incentivize challenges, remixes and duets, but also because doing so provides a sense of community — for better or for worse.

The fact that the song has jumped to other platforms, including Twitter, Instagram and Facebook, has allowed Corn Kid to have a longer life span than other memes, Leaver said.

Tariq couldn’t have known his feelings about corn would have that kind of reach. He told Shapiro-Barnum he just wanted people to have a “corn-tastic day.”

And if that seems corny, the official “Corn-bassador” is fine with that. “What? It’s just a pun about corn!” Tariq said in the viral video.

Now, as he would say, go tell someone all about it. 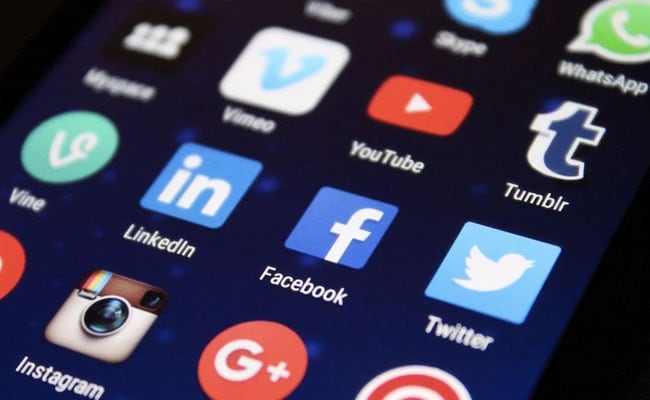