The issue of fake social media profiles masquerading as public figures is acute. The sheer amount of celebrities are facing the problem and often these celebrities call them out on their official handle. Now another addition to the list of celebs is none other than Taarak Mehta Ka Ooltah Chashmah actress Munmun Dutta.

Babita Iyer aka Munmun took to social media on Tuesday and informed her fans that she is not on the professional networking website LinkedIn. She also warned her fans and followers that they might be interacting with her imposters. Scroll down to know more. 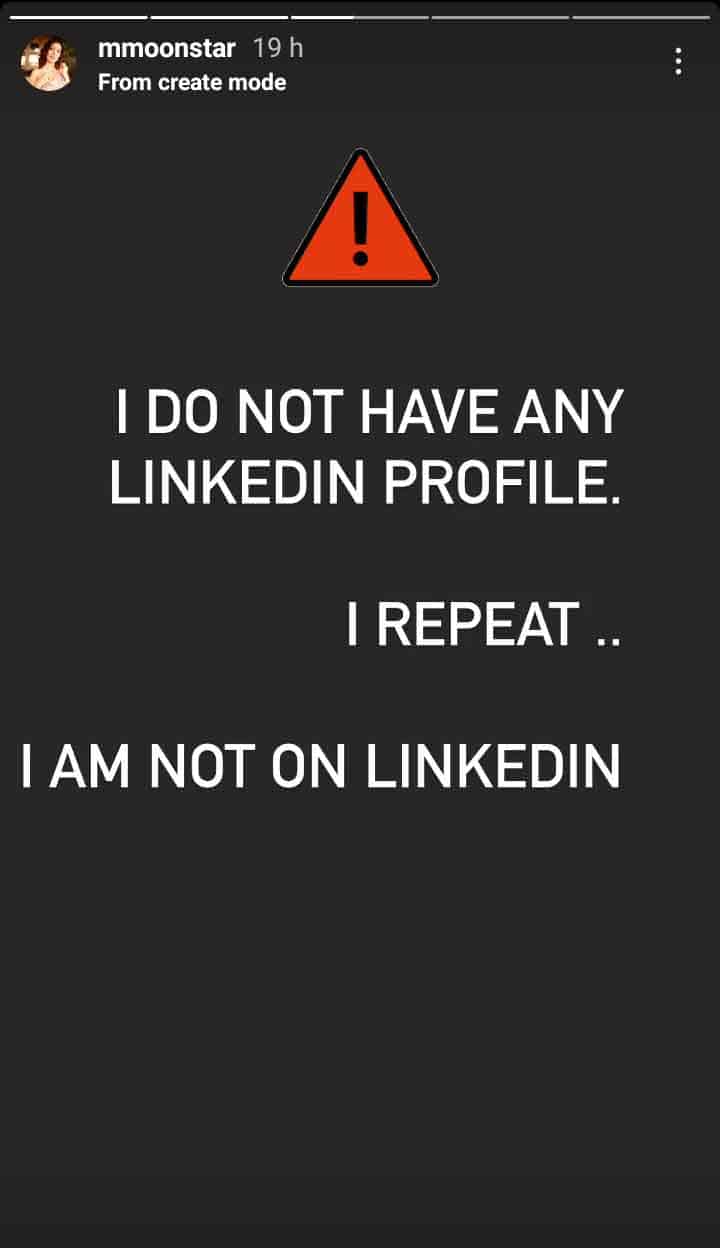 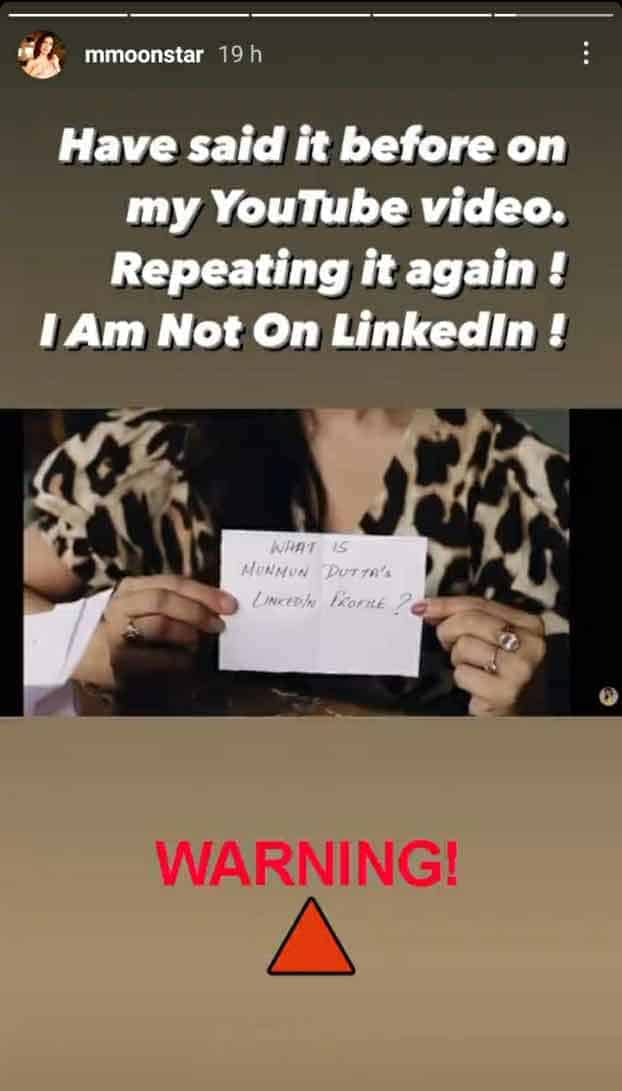 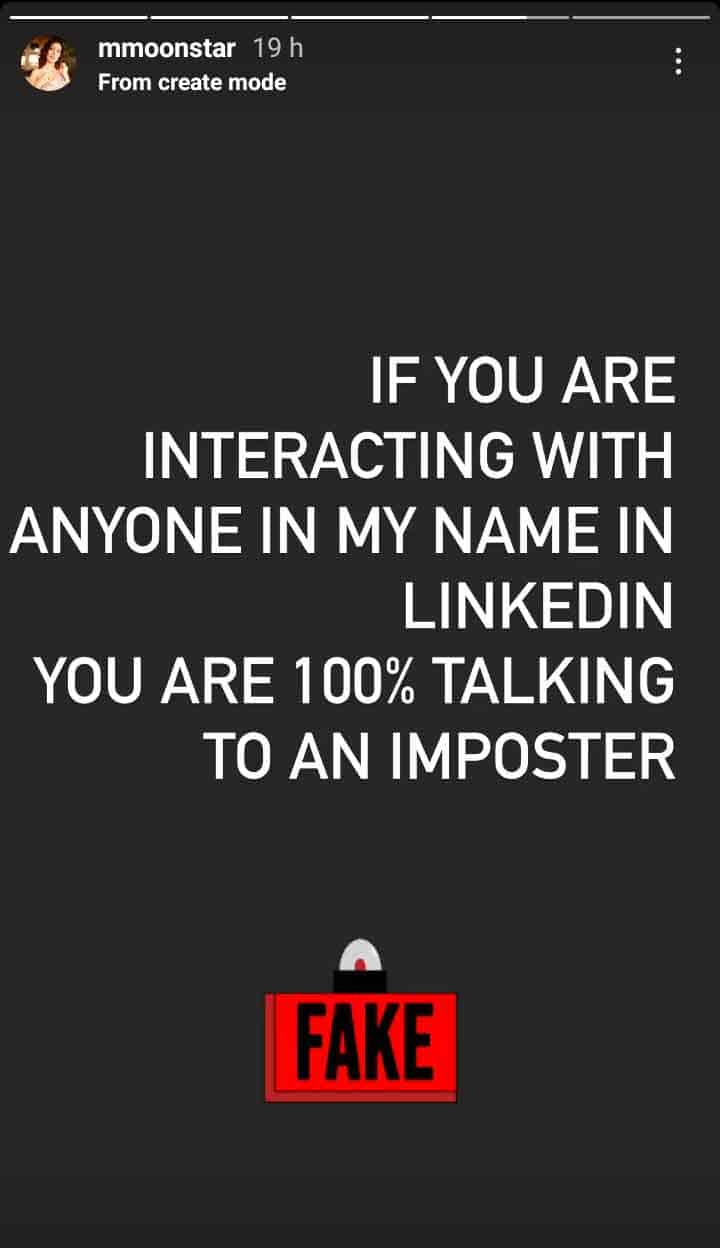 Meanwhile, Raj Anandkat, who plays the role of Tapu in the sitcom Taarak Mehta Ka Ooltah Chashmah, has been linked to the actress after the former left a comment on one of her posts. The actress had shared a post wherein she was seen transforming from a stylish diva to a traditional queen. While everyone loved her both looks that oozed oomph and so did Raj Anadkat.