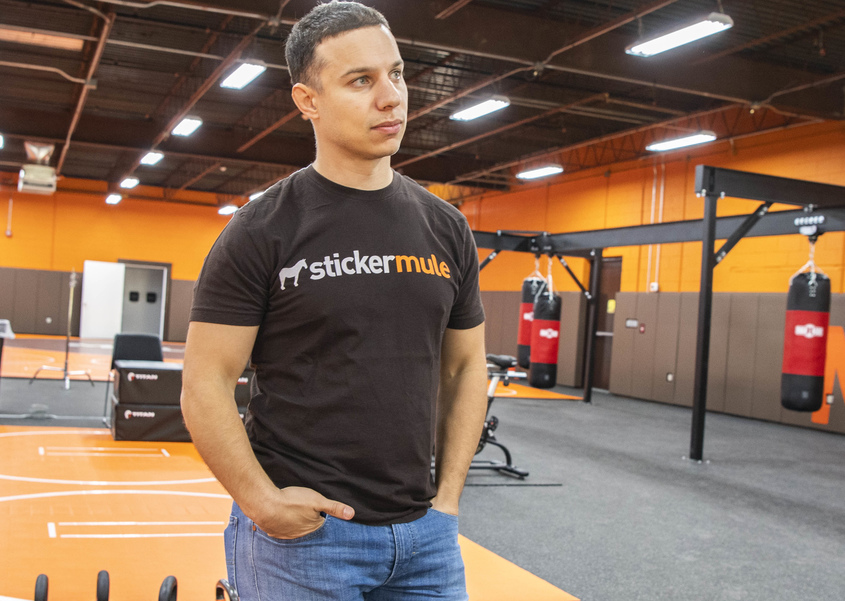 AMSTERDAM — Local e-commerce company Sticker Mule is trying to make its mark in another corner of the digital universe with a new social media platform.

“Stimulus” is still in its beta phase, but in its soft launch it has gained about 10,000 verified users and 30,000 casual users.

It is, founder Anthony Constantino said, an attempt to compete with Twitter and maintain a more civilized tone while promoting the Amsterdam-based custom-printing company.

“It started out of frustration,” Constantino said. “We didn’t get into social media until just before the pandemic, I was opposed to it.”

The user-verification process used by Stimulus is designed to weed out bots and fraudsters. Once verified, users can still be negative or hostile in their posts, but there won’t be an algorithm designed to drive traffic to such content on the platform.

Unverified users can browse content and view posts but they can’t comment or participate in the giveaways, or “stims,” that are part of the business model.

“Instead of buying ads, brands come on our site and give away money,” Constantino said Thursday. “We’ve given away close to $100,000 on the platform.”

That’s another difference from other social media platforms, he said. Rather than paying the platform to advertise their products or promote their posts to users, Stimulus advertisers will gain exposure by giving money to users who share, like or comment on their posts.

The platform randomly selects winners from among the group of users that participate in each giveaway. The list of terms and conditions is long and detailed but plainly accessible via link.

Constantino said Sticker Mule has spent upward of $2.5 million developing and launching Stimulus, and seeding it with giveaway money. The platform now has about 10 dedicated employees.

He said he doesn’t have a specific plan to make money with it but expects that will eventually happen.

The goal in creating it wasn’t for it to be a profit center or to become the new dominant social media platform, but to be a better social media experience, and maybe nudge the rest of the social media universe toward improvements.

It’s only the latest new thing for Constantino and Sticker Mule:

The company prints many other items beyond stickers, including magnets, drink coasters and T-shirts.

It has begun taking on tangential software projects for customers.

Constantino bought the old Mohawk Dairy near the Sticker Mule building on Forest Avenue and turned it into Combat Mules, a wrestling/boxing/MMA gym with a Mule Sauce shop alongside.

He’ll be acquiring the gym equipment from Alpin Haus Fitness when it closes its doors July 31 and will move it to Combat Mules.

And at age 39, after a successful return to amateur boxing, he hopes to have a few professional fights.

But Stimulus is probably his last new venture for a while.

“I’m going to calm down after this,” he said. “You can only do so many things at once.”

More from The Daily Gazette: