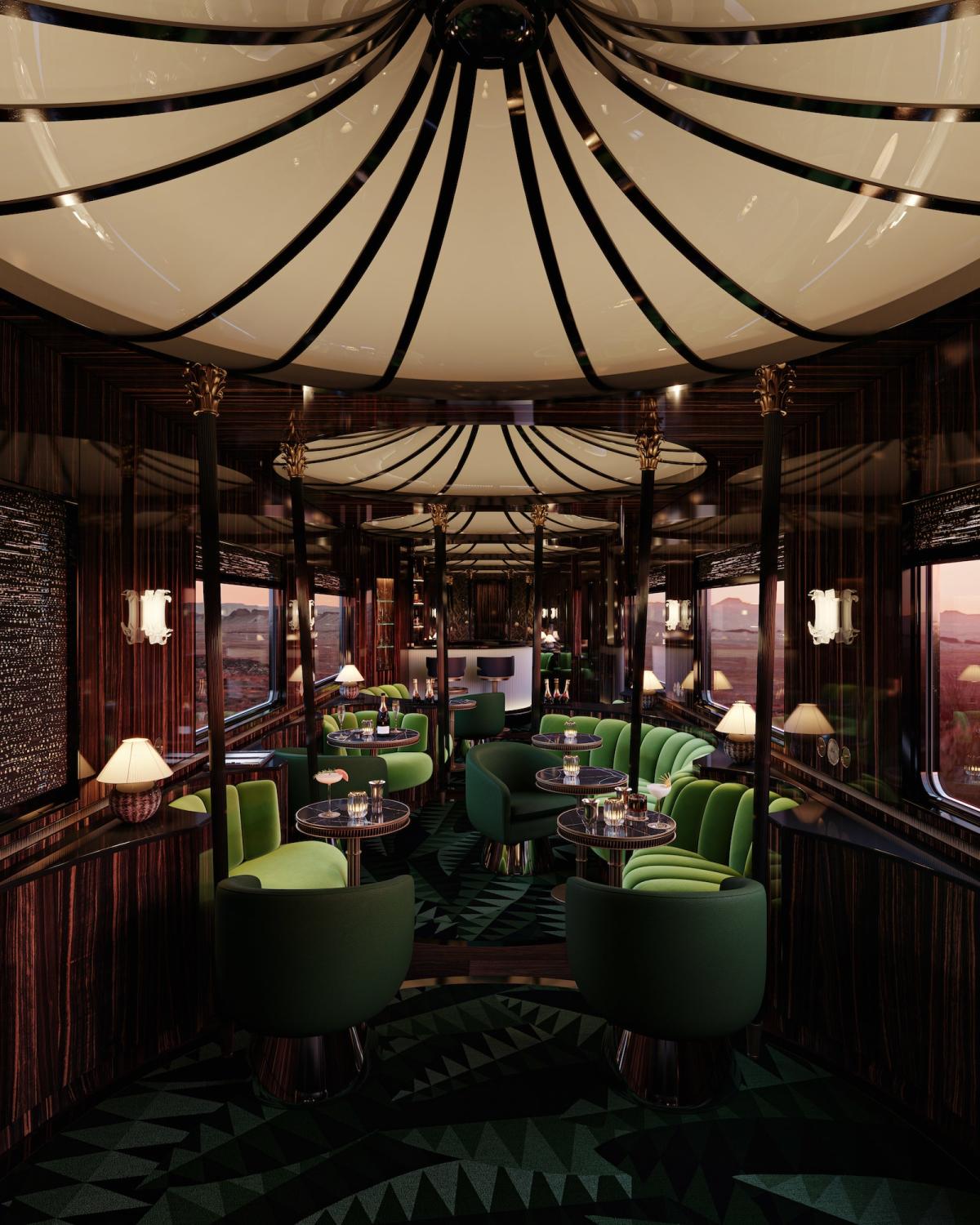 As far as trains go, few can boast the international and historical renown of the Orient Express. Offering a luxurious passageway from east to west at a time when rail travel was all the rage, its design helped define an era’s idea of luxury aesthetics. While trains of the 2020s are more functional and less fancy than they were a century ago, a newly reimagined take on the Orient Express will offer a chance to restore rail travel to its golden age once it rolls out of the station in the near future.

This week, the train formerly known as the Nostalgie-Istanbul-Orient-Express will debut a new look on the world stage at the International Contemporary Art Fair (a.k.a. FAIC) in Paris, updating one of the most iconic takes on transportation design for a new era of luxury.

The project was commissioned by Guillaume de Saint Lager, the vice president of Orient Express, who came across the opportunity to revive and restore the historic train upon its surprising rediscovery in 2015 somewhere along the Poland-Belarus border. After a protracted negotiation process, Orient Express took possession of the train in July 2018, at which point French architect Maxime d’Angeac, known for restoring Maison Guerlain on the Champs-Élysées and collaborations with fashion houses like Hermès, got to work on a forward-looking restoration.

For d’Agneac, the goal was not simply to revive the famed train’s look and feel, but to foster a dialogue between its signature aesthetics and the 100 years of design that have happened since. “From [the project’s] framework, a decor emerged—one without a defined era, instead inspired by Art Deco, Empire, and contemporary styles,” d’Agneac said in a press release detailing the renovation efforts. “The train’s history has been rewritten, this time transcending trends. Nothing is superfluous—each detail has meaning.”

True to his word, d’Agneac has come up with a design that is stuffed with spectacular details, from the bar and dining cars to the suites and corridor. Earning special reverence is the rail motif pioneered by Suzanne Lalique in the 1930s, which d’Agneac sees as particularly connected to today’s aesthetics. Lalique’s inspiration is incorporated throughout d’Agneac’s design, from the wood and leather partitions to dining car design elements that refer to her tapestries.

Perhaps even more remarkably, the new Orient Express makes room for a number of Art Deco details that one would have found along their journey to Istanbul. Those include original Lalique lamps and panels, as well as Morrison and Nelson marquetry. Despite its age, d’Agneac sees the latter design element as especially ripe for a comeback in the present.

“The warmth and strength of the wood itself are timeless, and are a critical design element of the trains from the 1920s that can still bring a modern and refined touch in the present day,” the architect tells AD. “The treatment of the wooden details allow us to marry the past to the present, presenting a refined, warm, and truly luxurious atmosphere for future Orient Express train travelers.”

In terms of the impression he hopes to leave, d’Agneac’s design aims to recreate “the great transformation” of the space from day to night, accomplished through subtle, smart ways to create shifts in the decor. Additionally, he cites a desire to invoke the legacy of the French Union of Modern Artists and their creative milieu, which he describes as “a period that brought an entire generation of new theoretical and practical ideas for architects and designers of the time.”

Admirers of that epoch can soak up the aura of the Orient Express not just at Domus Maubourg during Paris’s contemporary art week, but at Design Miami. And lest you think this is a purely stationary design project, the newly rechristened Nostalgia-Istanbul-Orient-Express will take to the rails and transport passengers beginning in 2024, just in time for the Summer Olympics in Paris. Can an updated Orient Express revive luxury rail travel in the present? Only time will tell. One thing is for sure, however: This is truly a case where the journey is just as captivating as the destination. 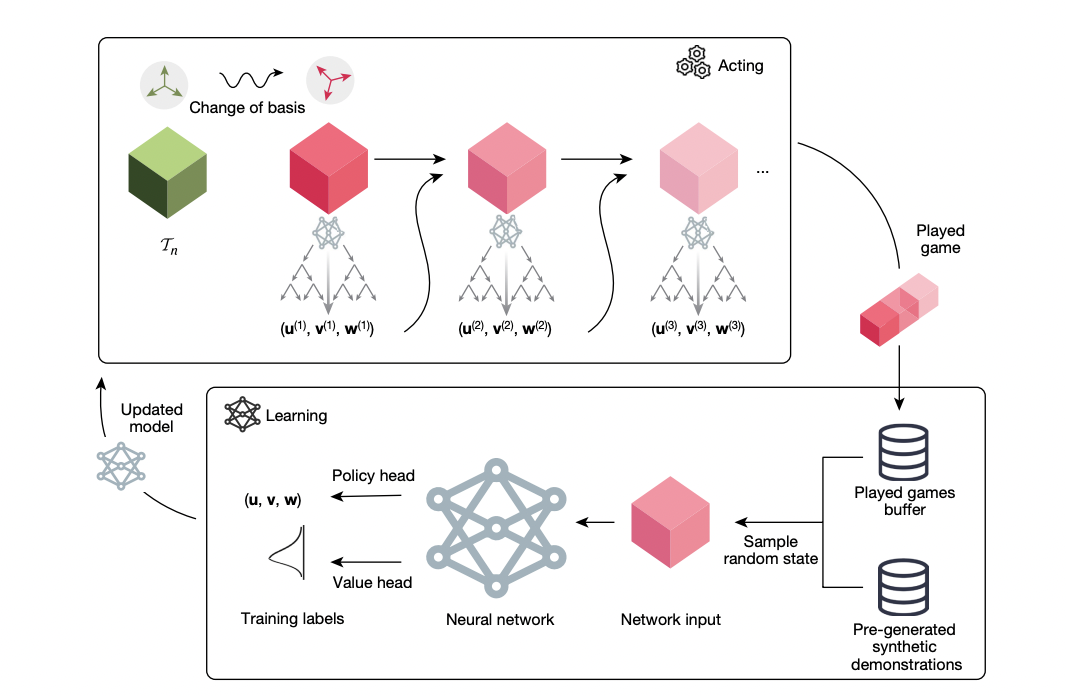 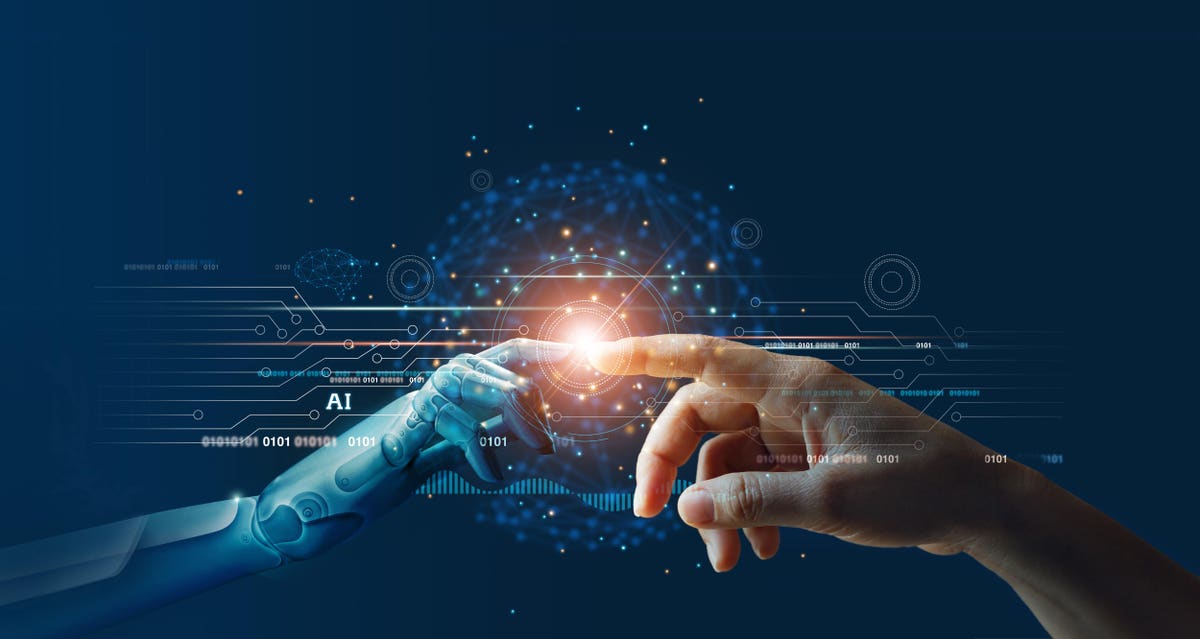