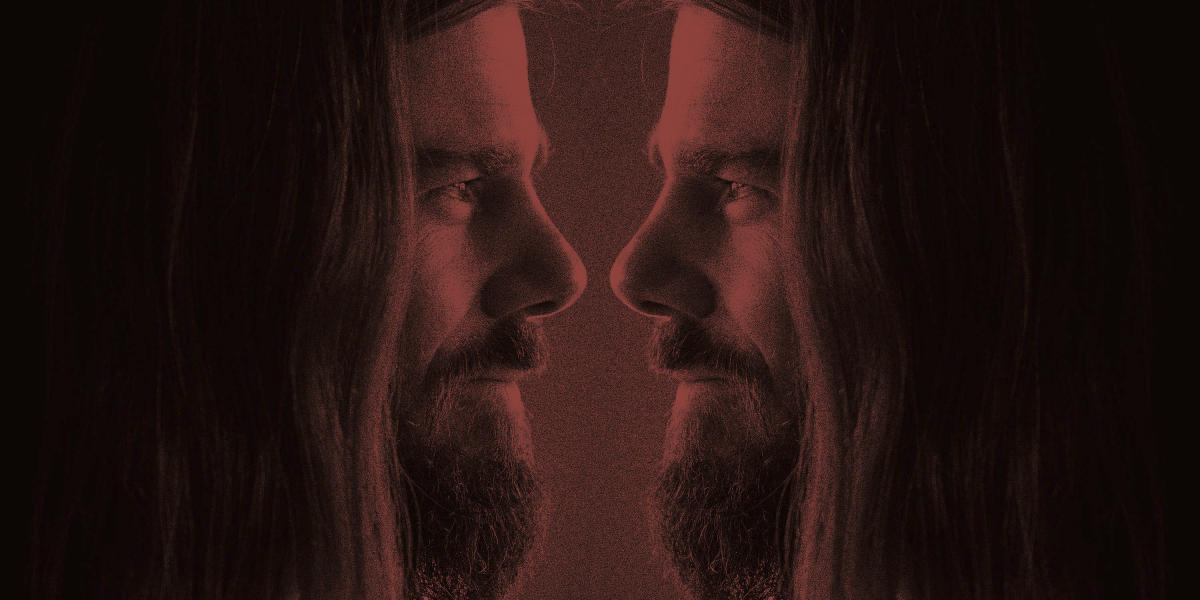 SEATTLE — Kacie Margis, a model and artist, first learned about Dan Price in 2020 the way many people do: through social media posts that celebrated his progressive politics.

Five years earlier, Price had propelled himself to an unlikely position for the head of a 110-person payment processing company when he told his employees that he was raising their minimum pay to $70,000. His announcement was covered by The New York Times and NBC News. Esquire did a photo shoot. He made appearances on “The Daily Show” and at the Aspen Ideas Festival.

By the time Margis discovered him, his reputation and following online had grown even more. His self-styled role as a CEO speaking truth about corporate greed resonated with a wide audience. His posts on social media had been liked tens of millions of times. He joked with Kelly Clarkson on her daytime talk show, with Lionel Richie looking on. He introduced Andrew Yang to a Seattle crowd during Yang’s presidential campaign. He video chatted with former Secretary of Labor Robert Reich, who called him “the one moral CEO in America.”

Sign up for The Morning newsletter from the New York Times

Price was a young, handsome executive whose worldview spoke to her; a real live influencer on social media who criticized the excesses and arrogance of other business leaders. He posted a seemingly endless stream on Twitter, Instagram and LinkedIn, saying the right things about inequality. About mental health. About women.

After Margis liked one of his Instagram posts in 2020, Price, who was 35, messaged her: “Happy Valentine’s Day beautiful!”

Margis, who was 27, ignored the message initially but replied back early last year, after friends in a group chat once again shared one of his tweets.

Soon, they were talking regularly. Price visited her near San Diego and flew her to Seattle. But what started as a whirlwind courtship ended three months later with an accusation of rape.

On Monday, police in Palm Springs, California, said they had referred Margis’ case to local prosecutors, recommending a charge of rape of a drugged victim. Prosecutors in Seattle earlier this year charged Price with assault in another incident.

After responding to questions earlier in the day from the Times, Price tweeted that he had resigned on Wednesday evening as CEO of his company, Gravity Payments. He wrote that he had become a “distraction” and needed to “focus full time on fighting false allegations made about me.”

There were warning signs about Price, but Margis did not see them. When she did a Google search, many of the top results for “Dan Price” were his own social media accounts, along with flattering stories. Buried was the reason he had, for a time several years ago, nearly vanished from public attention: An article I wrote in 2015 for Bloomberg Businessweek revealed that his story about the pay raise had notable holes, and that his former wife had accused him of domestic violence.

Overnight, the attention largely dried up.

But Price found an antidote to obscurity: Social media. Tweet by tweet, his online persona grew back. The bad news faded into the background.

Price’s internet fame has enabled a pattern of abuse in his personal life and hostile behavior at his company, interviews with more than 50 people, documents and police reports show. He has used his celebrity to pursue women online who say he hurt them, both physically and emotionally. Margis is one of more than a dozen women who spoke to the Times about predatory encounters with Price.

In his statement to the Times, Price said he had “never physically or sexually abused anyone,” and that “the other accusations of inappropriate behavior towards women in this story are simply false.”

Price added that descriptions of him as a toxic boss were inaccurate. “Making Gravity an outstanding place to work is my top priority,” he said, “and I believe I’m achieving that goal.”

I first met Price in the fall of 2015, after he and his wage-raising story were seemingly everywhere. Though his business was obscure — Gravity made a few million dollars a year in profits processing credit card payments — job applications and customers flooded in.

Price was a charismatic messenger in a moment of growing inequality, but the story he was telling in public didn’t add up. Price told the media that his brother, who co-owned Gravity, sued him after the wage increase and implied it was retribution for reducing their profits. Court documents show that Price’s splashy $70,000 wage announcement took place after the lawsuit was initiated.

Price told media outlets that his divorce several years earlier was amicable. But his former wife, Kristie Colón, had given a TEDx talk in October 2015 in which she described their relationship as abusive.

When the Bloomberg Businessweek article ran in December 2015, the reaction was swift. Price lost a $500,000 book contract and Hollywood talent agency WME dropped him.

Just as fast as he had risen, he was gone.

Price briefly returned to the spotlight in 2016, when his employees appeared to surprise him with a royal blue Tesla. He teared up and said, “Are you kidding me?!”

“That was his idea completely,” said Pirkle and confirmed by Matt Dho, who worked in the marketing department for four years. Price said that was not true, and “the idea that some people are trying to soil this cherished memory is deeply hurtful.”

By 2019, America’s best boss was on his way back. The Wall Street Journal included him in a group of “luminaries,” and Nick Kristof profiled him in the Times Opinion section.

In April 2021, three months into their relationship, Margis met Price in Palm Springs. Along the calming rush of Tahquitz Creek, Price hiked barefoot, often whipping out his phone to check his Twitter.

The next morning, Price had to make a call and demanded that Margis leave their room, she said. Wearing just a bikini and cover up, she protested, but he insisted. For hours, she was locked out, killing time by messaging friends.

Price found her by the pool and leaned in for a kiss, she recalled. She rebuffed him. He snapped that she was not a good listener and didn’t understand him.

This account of what happened next was detailed in interviews with Margis, a police report, contemporaneous messages with friends and interviews with three people she spoke with soon after.

Margis returned to Room 423, where she took a cannabis edible to counter insomnia, something she’s regularly done since being at the 2017 mass shooting at a Las Vegas music festival. Price returned and tried to initiate sex.

“No, I just took an edible and I’m going to bed,” she would tell police she said. “We’ll talk about this in the morning.”

As she drifted to sleep, she felt him penetrate her, she told police. She pretended to be asleep, worried he would kill her if she tried to stop him.

After he finished, she waited a few minutes then walked to the bathroom before confronting him.

“Did you just rape me?” she told police she said. He flatly denied it, she said.

Once the cannabis wore off, Margis fled home.

She texted her friends that she might need them as witnesses. She saved her underwear, and filed the police report. Then she called her mother, who waited in the hospital parking lot while Margis submitted to a rape kit.

Two days later, Colón, Price’s former wife, was checking Instagram when she got a message. “I am reaching out and hope this is not triggering in any way,” Margis wrote.

Margis went on to say that Price had raped her and that she believed Colón’s “every allegation.”

Colón had relocated across the country and tried to move on. But escaping Price’s presence was impossible.

Margis said she had considered telling her story publicly. “I want to do all I can to make sure he never harms another woman again in his life,” she wrote, but feared he would “come after me.”

Eventually, Colón connected Margis to a man named Doug Forbes, who had been blogging about Price for years. Forbes had wanted to make an uplifting documentary about Price but fixated instead on what he alleged to be fraud. Gravity defended its practices in a Facebook post.

Late this January, Price met Shelby Alexandra Hayne, an artist with whom he first messaged in 2019 on Instagram.

Price proposed times to meet, but Hayne brushed him off. A few months later, he tried again.

She said she hoped that Price could provide advice and connections to integrate activism into her art. She and her boyfriend decided it was worth meeting him, even if he might expect a date.

In January, they had dinner at a restaurant in Seattle’s Capitol Hill, where she said they discussed politics. What happened next was detailed in interviews, a police report and text messages.

As the restaurant closed, her Uber app wasn’t working, and Price suggested they stay warm in his Tesla as she downloaded it again.

Sitting in the front seats, he tried to kiss her and grabbed her throat, she told police.

“He did not let go of my throat right away,” she recalled.

“After I rejected him,” she said, “he transformed.”

Hayne called her boyfriend, pretending he was her brother, and asked him to rush and get her. Price sped north, driving her to a Park N Ride.

She was scared because he was “very drunk,” the police report said.

Price raced up to the top floor of the parking lot, drove the car in doughnut circles and pulled into a spot, she told police. He reached over to kiss her and grabbed her throat again, his hand pulsing in and out “for minutes,” the police report said.

As her boyfriend, Jesse Snowden, pulled up next to them, “she jumped in and pointed her fingers forward and was like GO NOW,” Snowden recalled.

When she described what just happened, Snowden remembered Forbes’ blog. Hayne wrote him to share her story. Forbes connected her to Margis, Colón and several other women.

On Monday, the Palm Springs police department submitted its investigation to the Riverside County district attorney, recommending a charge of rape of a drugged victim, according to Lt. Gustavo Araiza. The prosecutors must now decide whether to file charges.

Margis said she feared a backlash online if she accused him publicly. She had received threats after appearing in a BuzzFeed video about the Las Vegas shooting. And because she modeled swimsuits, she worried people might say she had asked for what she had not asked for.

But in February, something changed that made her think she could be believed: prosecutors in Seattle charged Price in Hayne’s case.

The city brought three charges against him: reckless driving, assault and assault with sexual motivation. The Seattle Times reported on the case in April, and Price went from posting multiple times a day to going totally dark on social media.

On May 31, Price appeared stone-faced, his long hair looking slightly damp, on a court video conference. The prosecutor had dropped the charge for assault with sexual motivation, but proceeded with the case for reckless driving and assault.

Price’s lawyer entered “not guilty” pleas on his behalf, and the judge issued a non-harassment order until a trial scheduled for October.

“I trust the legal process, and I am looking forward to presenting my defense and proving my innocence,” Price said in his statement to the Times.