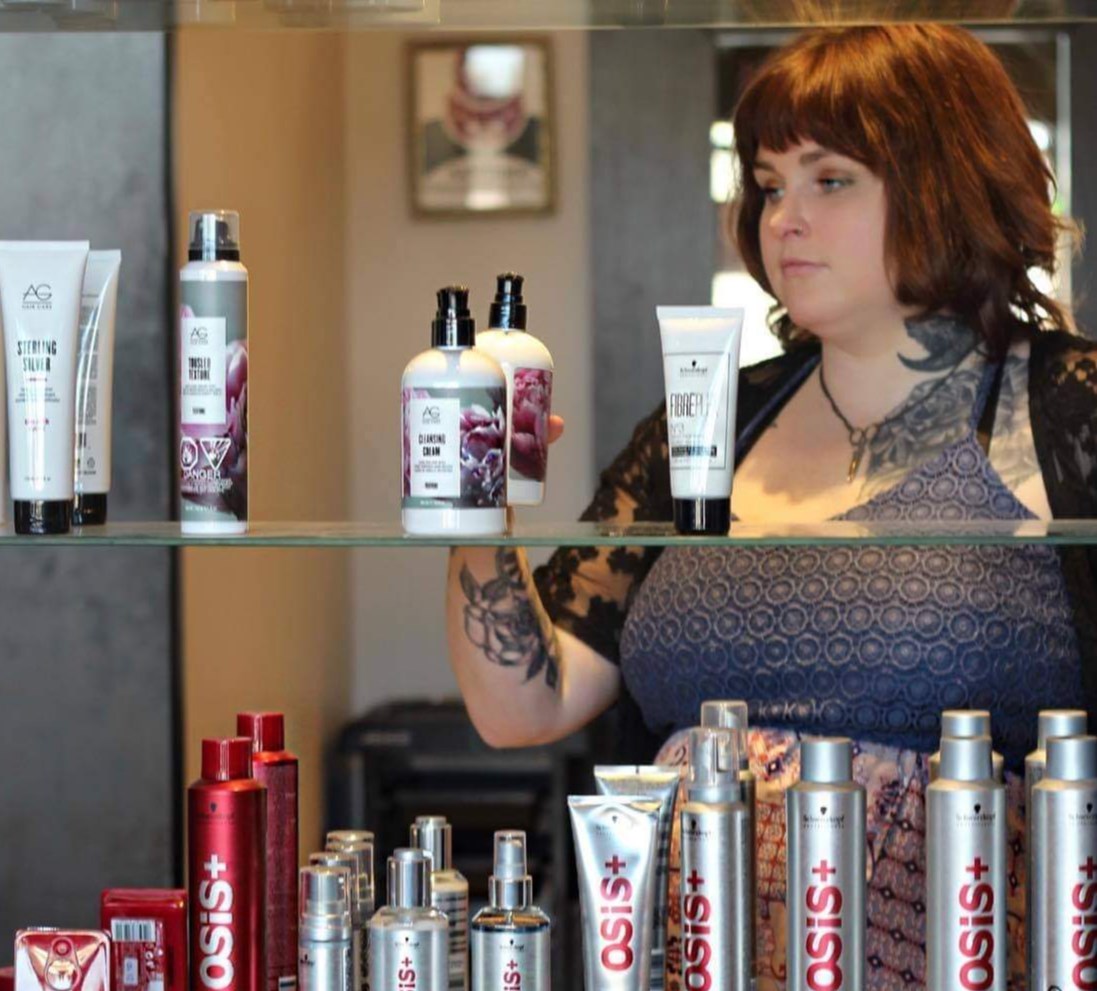 ‘One angry person posts something and a ton of people just believe it with no research,’ says Barrie business owner

Many businesses use social media to promote their product and connect with their clientele, but a recent wave of toxicity has shown the dark side of the business tool.

Melissa Ferguson owns Beauty and Babes in the city’s south end and has been a hairstylist for several years. She told BarrieToday her troubles began in February when she did the cut and colour for a teenager who had come into the Hurst Drive shop. A few days later, Ferguson says the teen’s mother contacted her with concerns about the look and price.

“I told her we don’t give refunds, but we would happily fix it for her. I offered other styles, but she only wanted a refund, which we have a policy that we don’t do that,” Ferguson said. “There is signage up that states we don’t.”

Ferguson said she didn’t hear back from the woman until April when the shop advertised a customer appreciation event on social media.

“All of a sudden, that same woman started posting in multiple Facebook groups and telling her side of the story from February. I don’t know if I gave that bad of a haircut,” she said. “It was three months prior, I had just found out I was pregnant — I may have been in my own head. But I did tell her I would fix it, I just couldn’t give a refund.”

Ferguson said the posts multiplied and started to come from people she had never even met.

“We also had about 150 one-star reviews on Google from people who had never been in the salon,” she said. “Thankfully, I was able to get them flagged, but it took up a lot of time and resources.”

The attacks didn’t stop with just her business. Ferguson showed BarrieToday screenshots of someone accusing her of child abuse, claiming that’s why her business on Bayfield Street had been shut down.

“It’s ridiculous. We moved because of COVID and finding a better location,” Ferguson said. “People were also accusing me of operating without a licence, which is also false and the Ministry of Labour has been (here) twice now only for me to prove them wrong.

“One angry person posts something and a ton of people just believe it with no research.”

Jim Lowe is the creative director for Assisting You Social in Barrie, a social-media management company that handles the marketing needs of many businesses. He told BarrieToday that while social media is a positive tool for many small businesses, in terms of reaching consumers, there has been notable negativity recently.

“There has been a trend of people willing to write things in a review or a social-media post that they would never say to a business owner’s or employee’s face,” he said. “It’s unfortunate, because in many cases, whatever issue occurred likely could have been resolved by a conversation.

“I think businesses in the food and hospitality sector have it the worst,” Lowe added. “They are dealing with staff shortages and supply-chain issues, but if someone’s soup is a little cold, they wind up with a nasty, over-the-top review. It can be demoralizing for a business owner.”

Ferguson admits that, as a consumer herself, she understands not being happy with a service from time to time, but doesn’t understand the toxicity being hurled her way.

“Trying to shut down someone’s livelihood because you weren’t happy with the service rendered is over the top and unnecessary. There were even people finding my mother and messaging her,” she said.

Lowe says the barrier of a screen is a big part of it, because it takes the other person out of the equation.

“They are reviewing a faceless business, not the actual human being who served them or the business owner who is struggling to hold things together,” he said. “It becomes an abstract. I think in some cases there is also a bit of a ‘Gordon Ramsay’ or ‘Simon Cowell’ effect going on. People will post over-the-top criticism because they believe they are a food critic, journalist, whatever, and thrive on the reaction — positive or negative.”

Lowe recalled an incident he saw a few years ago where a mom accused a local franchise of firing her son because of a medical condition he had. The mom posted about it and hundreds of people swarmed the location with negative reviews.

“The young man posted the next day that he had been fired because he kept on no-showing shifts,” Lowe said. “Even when that information was out there, people were still seeing the mom’s initial post and leaving negative reviews about the business.”

Lowe said he doesn’t understand why someone would attack an establishment based strictly on what someone else, particularly a complete stranger, has said about them.

“People read one side of a story, which could be 100 per cent accurate or total fantasy, online and are suddenly compelled to leave reviews about a business that they’ve never patronized,” he said.

His advice for business owners and people getting reviews is, if it’s a minor negative review, to not take it personally.

“That can be really difficult for a business owner, especially if the review includes rude comments about them personally or their team. When you respond to a negative review or comment emotionally, you are far more likely to inflame rather than cool things down,” Lowe said.

“Also, and this is very important, if you did screw up, be accountable. Mistakes happen,” he added. “Your business isn’t perfect and you will have unsatisfied customers with legitimate complaints. Handle them professionally, and most readers will give you the benefit of the doubt. If you get into a flame war with a customer, though, it will reflect worse on your business than on the customer. You need to understand that, for the vast majority of people reading/following, how you respond to the negative review is more important than the content of the review itself.”

Lowe says it’s a matter of “riding out the storm and putting a plan in place to move forward as things calm down.”

“While it can seem overwhelming, especially with how nasty the comments can get, you will get through it. What matters is what you do next,” he said.

“They’ve attacked my boyfriend’s business as being a scam or fraud simply because he knows me. They have attacked staff of mine. It is so terrible and it just boggles me that people would act this way,” she said.