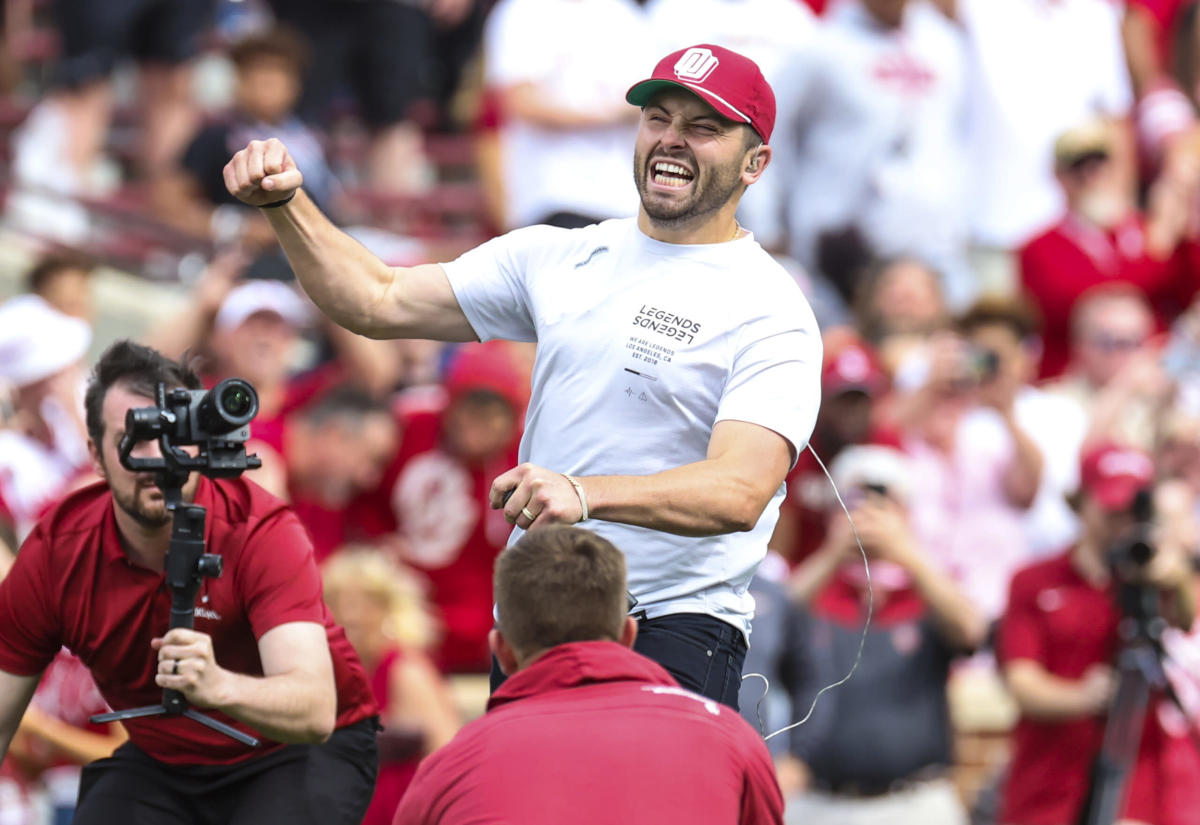 The long-awaited saga is over as the Cleveland Browns and Baker Mayfield finally worked out a deal to send the former No. 1 overall pick to the Carolina Panthers for a 2024 fifth-round pick.

Mayfield, who played with an injured shoulder in 2021, came under scrutiny as the team struggled down the stretch. Despite the shoulder injury and Mayfield’s contract running through the 2022 season, the Browns decided to trade for the troubled Deshaun Watson.

Once that move was made, the writing was on the wall, and Mayfield’s next NFL snap would be with a different organization.

The Carolina Panthers had been mentioned for some time as a team interested in the former Oklahoma Sooners quarterback. Now, Mayfield unites with former Baylor head coach Matt Rhule to try and do what he did with the Browns; help them get to the playoffs.

Armed with weapons like D.J. Moore, Robby Anderson, and Christian McCaffrey, Mayfield will arguably be playing with his best weapons at the NFL level. The Panthers have also prioritized the offensive line, adding offensive tackle Ikem Ekonwu with the sixth overall pick in the 2022 NFL draft.

Social media was buzzing with the news of the trade, and we’ve found some of the best reactions from around the league and from Sooner Nation.

Helped pull them from the rubble

Baker Mayfield will have some extra energy for week one

Mayfield took a pay cut to get out of Cleveland

Not such a hot take

One could argue Mayfield’s No. 2 in the NFC South

Once a Sooner always a Sooner

And Mayfield’s the best quarterback that D.J. Moore has played with

Getting right to work