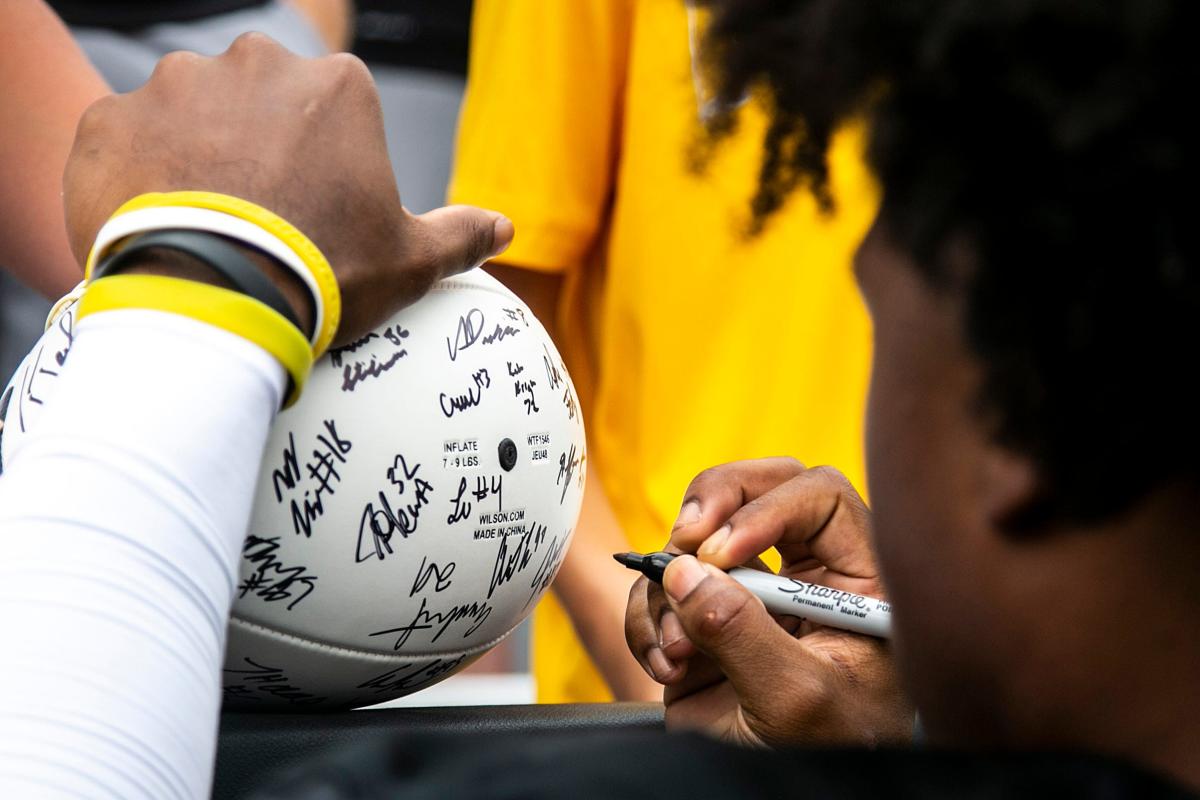 Overall, Ferentz liked what he saw from his group.

“First and foremost, good opportunity for our guys to change up from the first nine days. First time we’ve been in front of the public a little bit, so that’s healthy. Just a healthy change for everybody. And then, flipping it over, it’s a good opportunity for us to have Kids’ Day. I think hopefully they enjoy it and all of our guys were kids at one point.

“Even me at one stage, I was a kid. So, that’s good and then the Kid Captain program as I said yesterday is just a great concept. Nice to have our seniors get an opportunity to spend some time with them, greet them down here in the end zone, so it was all good. And then, just overall, I’m actually kind of pleased with what I saw today,” Ferentz said.

Ferentz discussed what he liked the most about his group’s performance.

“Two things I feel really good about was, first and foremost, big contrast from the field goal kicking, from what all of you guys witnessed last spring and coaches witnessed as well. I don’t think we had a miss today. I don’t think we did and most of them weren’t even close. One was I know, but that was good, so a lot of growth there since April. We’re not out of the woods yet. I’m not pronouncing us ready to go, but at least that’s encouraging. The third down period I thought was really good, too. That was encouraging. I thought we were pretty sharp there and did some good things. So, those two things were good takeaways,” Ferentz said.

Naturally, the fans and media in attendance had plenty of reactions as well. Here is how Hawkeye social media took in the 2022 Kids’ Day at Kinnick.

Swarming with the Kid Captains

One of Iowa’s favorite events of the year

A different LB wrinkle in the 4-2-5 base

Get ready for two-tight end sets

And this true frosh TE might be involved quickly