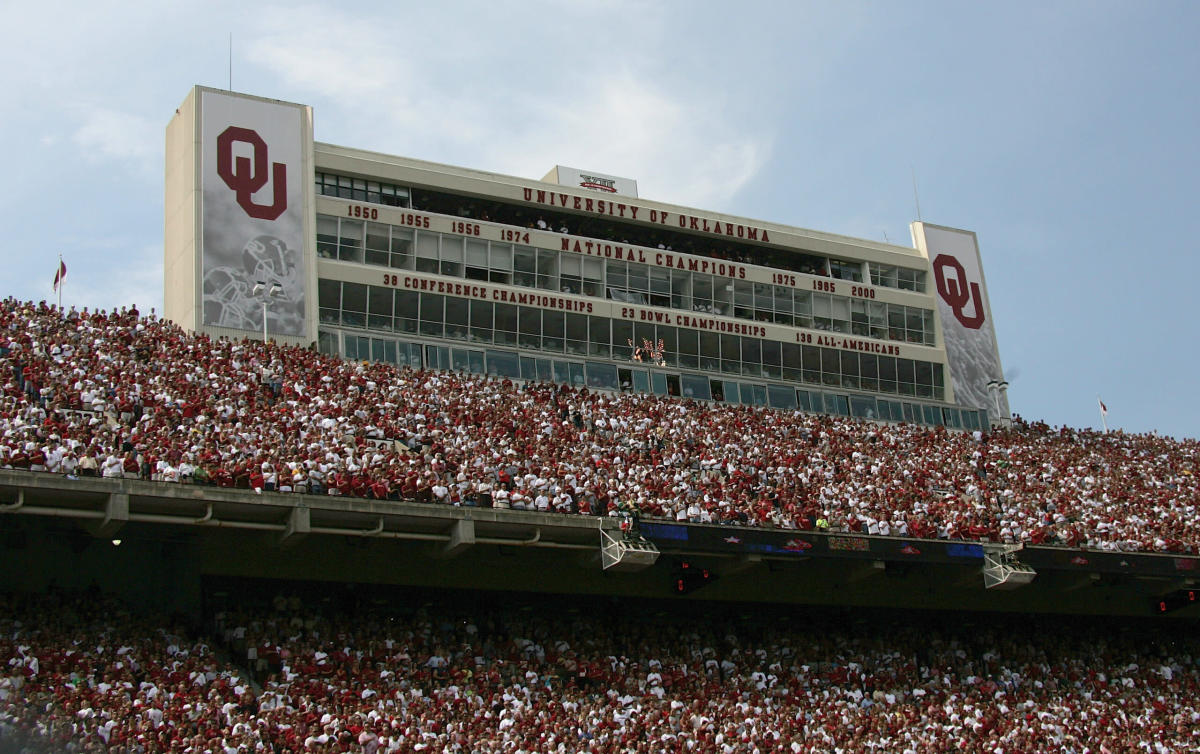 The dominos are starting to fall for the Oklahoma Sooners who’ve received several commitments over the last 11 days. They’ve jumped from 45th in the country to No. 18 according to 247Sports team recruiting rankings with the additions of four-star wide receiver Jaquaize Pettaway and four-star offensive tackle Cayden Green.

Oklahoma looks to just be getting started in the month of July with the Sooners favored to land offensive lineman Logan Howland on Saturday and Adepoju Adebawore on Sunday.

Much to the chagrin of Texas fans, the Sooners look to be headed for another top 10 recruiting class after Brent Venables helped the Sooners get into the top 10 in the 2022 cycle. Oklahoma is continuing to prove that it’s a destination for highly-rated prospects and the combination of Brent Venables and Jeff Lebby provide a history of success to attract prospects.

It’s been a great week for the Sooners in the recruiting trail and Cayden Green’s commitment on Friday evening kicked off what looks like will be a big weekend for the University of Oklahoma.

Let’s see how social media reacted to the news of Cayden Green’s commitment.

Return of the King

Coach B with the flex

Sooners killing it in Kansas City

A great week and a half

Putting out the Call for Logan Howland

Get to know Cayden Green