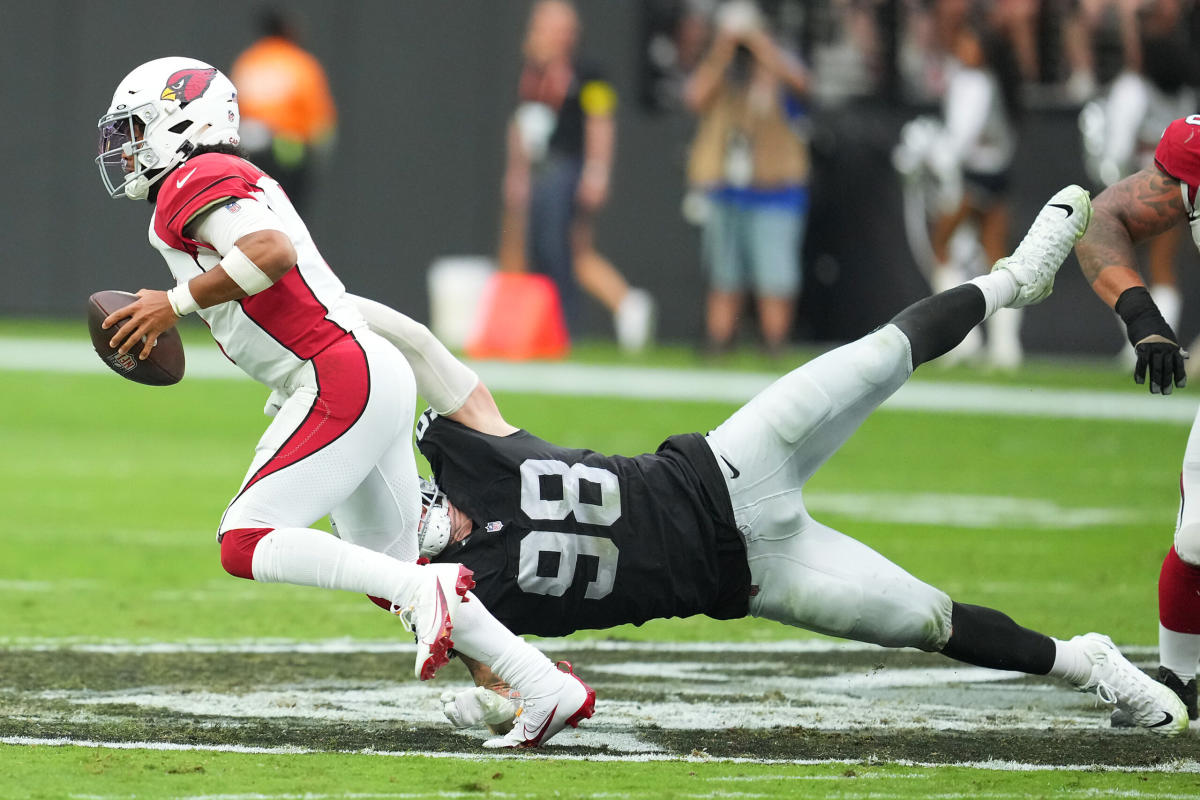 It was a tale of two halves for Kyler Murray and the Arizona Cardinals who were behind 20-0 at halftime before the former Oklahoma Sooners’ Heisman winner flipped the script and ignited a furious second-half comeback.

Down 20, the Cardinals outscored the Las Vegas Raiders 23-3 in the second half to tie the game. Murray threw for 277 yards and a touchdown and added a rushing touchdown as well.

Murray first hit Greg Dortch for a five-yard touchdown to get the Cardinals on the board. Then after Darrel Williams’ touchdown run, Murray pulled off one of the most incredible two-yard runs for a two-point conversion you’ll ever see to bring Arizona to within eight of the Raiders.

Then on their final drive of regulation, Murray was magical again with his legs, buying time before finding some running room to the right side for the touchdown that brought them within two points.

After a delay of game penalty moved the Cardinals back to the seven-yard line, Murray directed traffic from the pocket and threw a dime to A.J. Green sprinting across the back of the end zone to force overtime.

In the extra period, Murray nearly pulled off some more magic as he hit Marquise “Hollywood” Brown down the left sideline on fourth and one. Brown looked like he had the reception made before the ball was dislodged by Raiders safety Duron Harmon.

Still, the Cardinals could complete the incredible comeback when they forced a fumble on Las Vegas’ overtime possession, which Byron Murphy picked up and took the other way for the game-winning touchdown.

Kyler Murray was the hero of the day, bringing Arizona all the way back from 20 down, and social media couldn’t get enough of his performance.

Nobody can do what Kyler can do

The Gamer brought his “A” Game in the second half

This throw, my goodness

The good and bad of it

Ice in his veins

What more needs to be said?

King of making something out of nothing

Truer words have never been spoken

Turned it on when it mattered most

He’s got that arm too