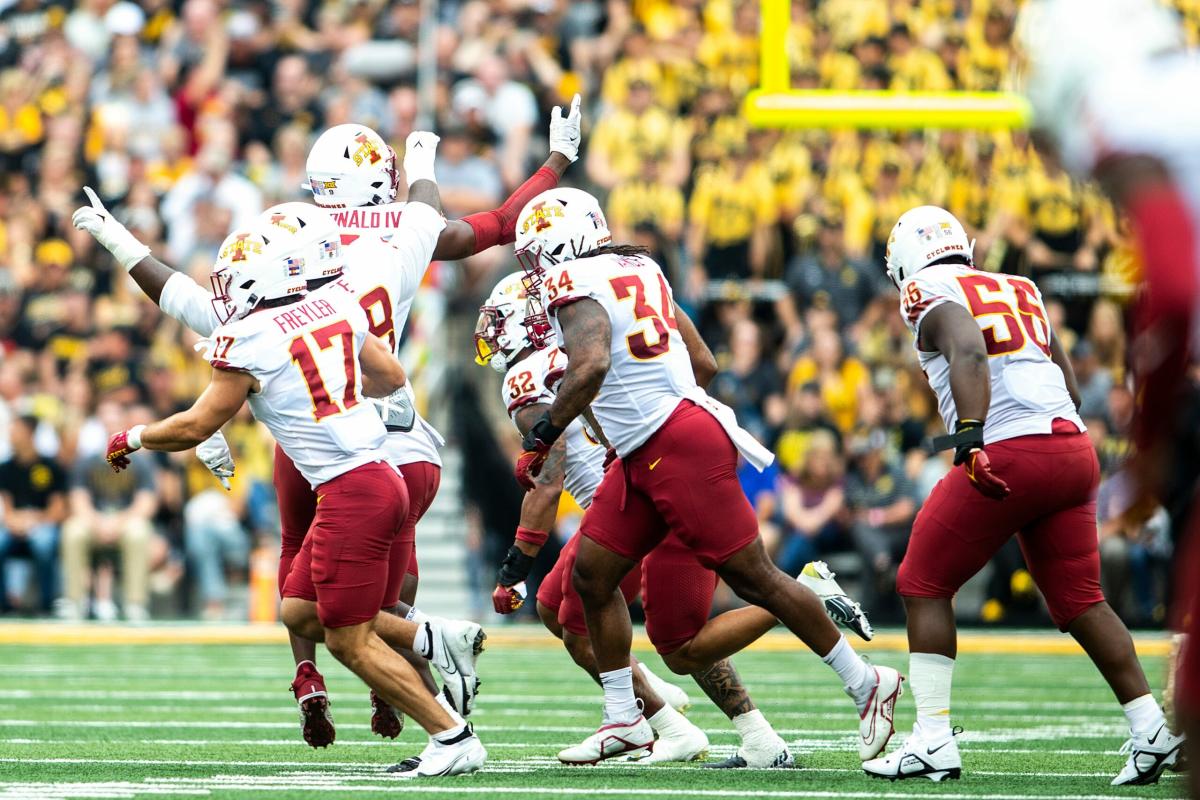 After a season-opening contest against South Dakota State that raised plenty of questions about Iowa’s offense, the Hawkeyes never had an answer offensively versus a Cyclones team that only mustered up 10 points of their own.

Iowa head football coach Kirk Ferentz backed his starting quarterback Spencer Petras as the team’s No. 1 option ahead of this rivalry game.

“Yeah, I think it is full-fledged. In my mind it is, and every player builds a resume when they’re here through the way they practice and when they play. We see more practice than we do game competition.

“But I think he’s done a lot of good things for us, and he did some good things Saturday. Some things he could have done better. I think overall right now, I think our biggest challenge is just a little bit like last year, is just team execution right now, and I want to give him a fair assessment just like I would anybody that’s in there,” Ferentz said.

At this point, though, there appears to be no other option than to give one of his other signal-callers a try. Petras finished completing 12-of-26 passes for 92 yards with no touchdown passes and an interception.

Tight end Sam LaPorta was the Hawkeyes’ leading receiver, reeling in eight grabs for 55 yards. Luke Lachey finished with a pair of grabs for 14 yards. There were only two receptions by Iowa receivers, one for 14 yards by Alec Wick and one for nine yards by Arland Bruce IV.

On the ground, Leshon Williams got the scoring started with a 9-yard touchdown run on Iowa’s first possession, but that was it. The ground game never got on track after that either. The Hawkeyes finished with 58 rushing yards as a team and Williams had 14 carries for 34 yards.

Iowa finished with three turnovers, one Petras interception and a pair of fumbles. The Hawkeyes had 150 yards of total offense. That was made up of 92 passing yards and 58 rushing yards.

Naturally, social media was not pleased with the performance. Let’s take you on a journey. Here were some of the best reactions out there to Iowa’s latest offensive disaster against Iowa State.

Defense gave the Hawkeyes a chance

Terry Roberts adds an INT, too

The ‘thief of joy’

One for every yard of total offense

They finished with two

Looking forward to it

It was certainly something

Time for the soul searching

Is this the Titanic?