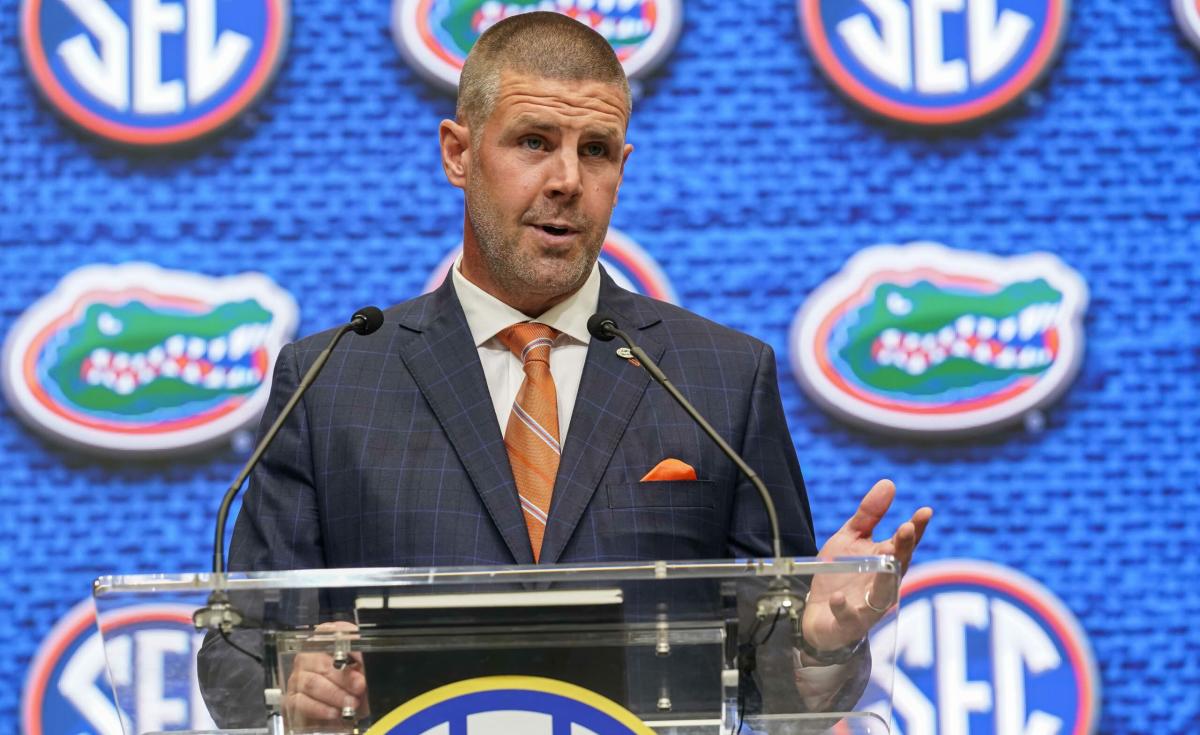 Florida’s new head coach Billy Napier took the podium for his first SEC media day on Wednesday, and there was no shortage of reactions to his comments throughout the afternoon.

The topics discussed ranged from complex issues such as what Napier is doing to prepare the team for long-term success to more trivial information such as why Napier chooses to stick with a buzz cut. His answers informed, entertained and even got the room a little choked up when the conversation shifted toward his father.

This was the media’s (and fans’) first extended look at Napier, and many are impressed with what he had to say. Of course, it’s impossible to impress everyone, especially in the age of social media, so there were plenty of pessimistic reactions as well.

Here are some of the best reactions to Napier’s comments throughout the day.

The first order of business was letting everyone know the kind of players Napier is looking for at the University of Florida. The three players he brought with him to speak the media are shining examples of that, and he made sure to let the world know who his leaders are.

Perhaps the most talked about answer Napier gave was when he shared his thoughts on Georgia head coach Kirby Smart.

Kirby wasn’t the only coach Napier was asked about. He spoke about Nick Saban, who he coached under at Alabama.

Napier spoke about his father a few times and the influence he had on him as a man and coach. He paused to collect himself multiple times when speaking about his dad, and it’s easy to see why he values family so heavily in the recruiting process.

Not all of the material was so heavy, though.

Of course, the head coach talked some football as well. Quarterback Anthony Richardson’s development was priority No. 1.

He was asked whether or not he thinks the Florida-Georgia game should remain in Jacksonville, but he (smartly) sidestepped the question and bought himself another year before having to commit to an official position.

He thanked the university for giving him the resources to hire an elite staff and laid out his plan for recruiting in the future.

Napier’s comments on the Paul Finebaum show also stood out to some. He touched on the difficulties of establishing a system in a new program and the ups and downs of recruiting being so public.

It wouldn’t be an SEC media day if [autotag]Tim Tebow[/autotag] didn’t talk about his former club. Unsurprisingly, Tebow fully endorsed the new head coach and thinks Florida has “taken a breath of fresh air.”

Did we miss any of the best moments of Billy Napier at the 2022 SEC Media Day? Let us know in the comments.