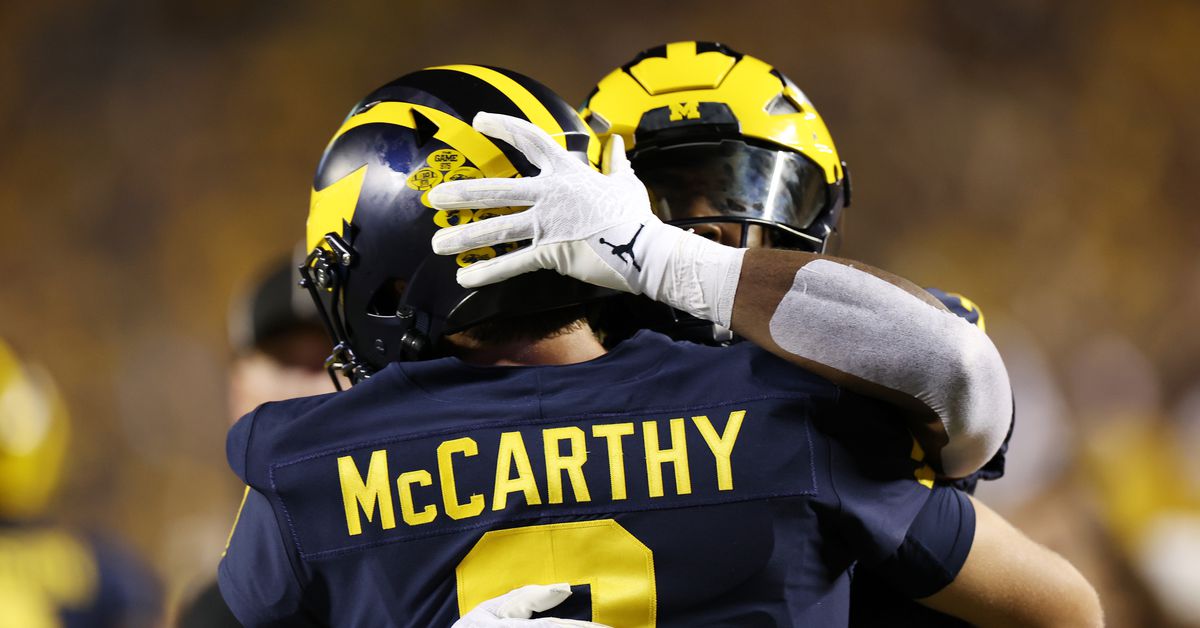 While Saturday night’s game between the Michigan Wolverines football team and the Hawaii Rainbow Warriors lived to expectations — or lack thereof — the Twitter sphere still found plenty to talk about.

Here are the highlights of what social media had to say:

The game was significantly delayed due to storms in the area. Cade McNamara didn’t wait for the rain to end however, choosing to practice inside the tunnel:

Due to the delay, the Wolverines entered the game without touching the banner — something not seen since the banner was created:

Not certain, but think this will be the first game the Wolverines do NOT touch the banner since then-UM hockey coach Al Renfrew’s Marge fashioned a bedsheet into a banner to inspire 1-5 UM to upset the Illini in 1962. Can’t think of another time since.https://t.co/a1DlLZpxwO

Once the game got started, Michigan took no time at all for it to pop off, as J.J. McCarthy needed just one 43 yard throw to open the scoring for the Wolverines:

i literally looked down and roman wilson was in the end zone. this is about to be a bloodbath.

The night was over before it ever began:

No analysis here. Hawaii stinks. Have a great night.

A silver lining for the Rainbow Warriors:

At least if Hawaii gets blown out, the players still get to go back to Hawaii.

J.J. was slinging it all across the field, and Twitter took notice:

draftkings pulled it off the board

The score was closer than the reality of the game, even coming out of halftime:

Michigan has reached the “I have no idea who that guy is” phase of the game. There are 27 minutes left.

After four disappointing drives from Cade — the final of which ending in an interception — the reactions were understandably mixed:

Tonight is evident that Cade’s job was not taken by Jim, the OC’s, or the QB coach.. it was taken by JJ

JJ McCarthy clearly deserves to be Michigan’s starting QB, and Cade McNamara has not played well these first two games, but the way the crowd is treating a guy who just helped lead Michigan to its best season in 25 years… it’s disappointing. McNamara deserves respect.

A sign from the heavens (or maybe just a kitchen fire):

White smoke coming from outside the south end of Michigan Stadium. Fitting, perhaps — I think the Wolverines have found a starting QB for the time being. pic.twitter.com/SQxPmLDL2P