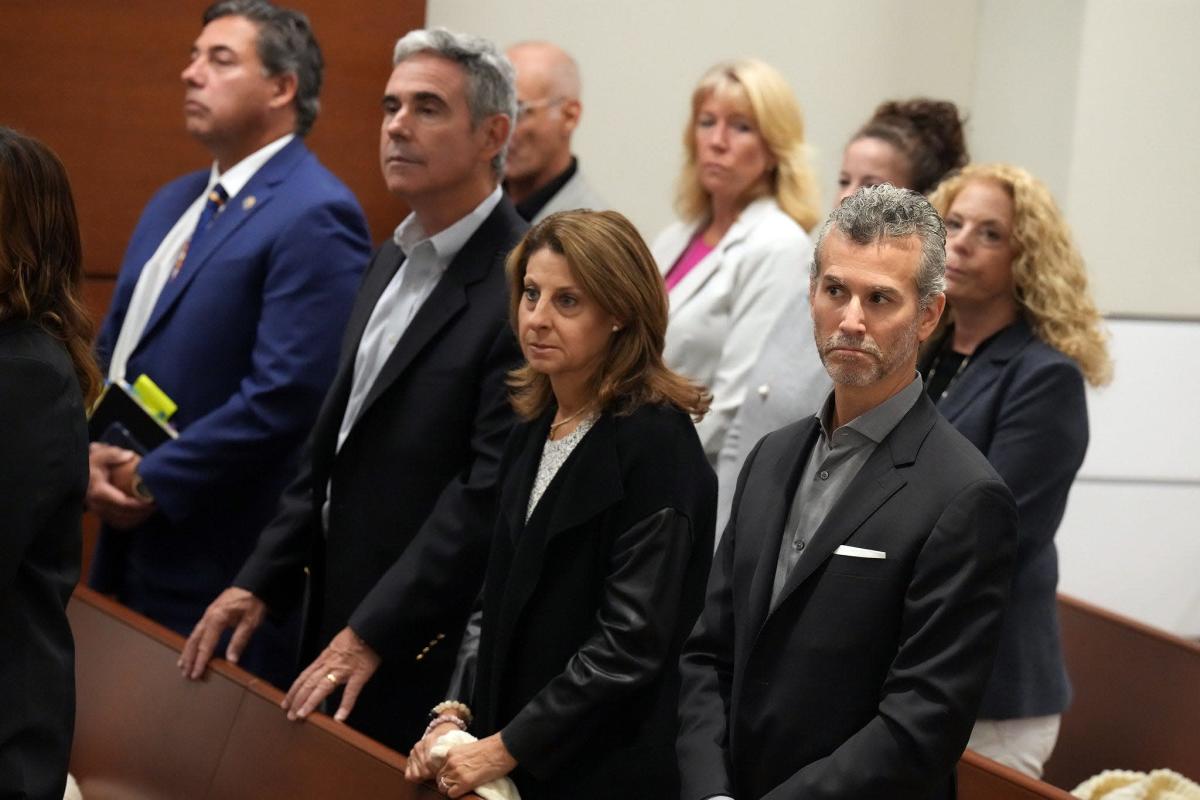 FORT LAUDERDALE — Today marks the eighth day of the sentencing trial of Nikolas Cruz, who pleaded guilty in 2021 to killing 17 people and wounding 17 others at Marjory Stoneman Douglas High School in Parkland on Feb. 14, 2018.

For more than a week, jurors have heard testimony: from teachers and students who survived the shooting; from medical examiners who discussed victims’ injuries; and from others, like an Uber driver and gun-shop owner, who spoke of their interactions with the gunman.

The 12-person jury will recommend whether Cruz, then 19 and now 23, is put to death or sentenced to life in prison without parole. If it recommends death, Circuit Judge Elizabeth Scherer will make the final ruling, likely sometime this fall.

Follow along for live coverage of what’s happening today in the courtroom.

A day before the shootings, Cruz searched online for, “How long does it take a cop to show up at a school shooting.”

The postings began on Aug. 30, 2017, with Cruz writing: “I plan on shooting them soon year 2020 date of massacre unknow(n) location unknow(n) some wear in florida.”

Every single post and search, covering 20 pages, was read aloud to the jury by BSO Detective Nicholas Masters, who uncovered the evidence.

Much of what Masters recited in court referred to other mass shooters such as Eric Harris and Dylan Klebold, who killed 13 people and injured 24 others at Columbine High School in Colorado in 1999.

“I already see my future nothing but lonelyness I wish to keep somethin in the history books like eric and dylan, for that you will hear me on the news 2020,” he wrote July 31, 2017.

On a July 4, 2017, post, Cruz wrote: “I love to see the familys suffer,” causing the family members of several Parkland victims inside the courtroom to shake their heads in disbelief.

Girl had ‘potentially salvageable’ wounds before Cruz killed her

Cara Loughran was shot twice in the chest by Nikolas Cruz, but she might have survived if the gunman hadn’t fired another shot “some time” later into her back, according to testimony Wednesday afternoon.

Loughran was on the third floor hallway attempting to evacuate after gunshots on the first floor set off a fire alarm. As she ran, Cruz shot her twice in the chest. Cruz then walked up to her and 18-year-old Meadow Pollack and shot them again, killing both.

Asked if the gunshots that struck Loughran in the chest were fatal, Broward County Chief Medical Examiner Craig Mallak responded they were “potentially salvageable.” The gunshot to her back caused “severe damage” to the heart and was fatal.

To that end, Broward County Sheriff’s Sgt. Raymond Beltran was called as Wednesday’s first witness. Beltran was the victim of a jailhouse attack by Cruz on Nov. 13, 2018.

A surveillance-camera video of the incident was shown in the courtroom. In it, Cruz can be seen arguing with the seated deputy, than running at him while throwing punches. The two wrestle on the ground before Beltran is able to gain control and handcuff Cruz.

Beltran testified that Cruz momentarily gained control of his Taser before the deputy was able to regain possession.

Prosecution said it will finish its case against Cruz next week

Lead prosecutor Michael Satz said Wednesday morning that he expects to wrap up the state’s case against Nikolas Cruz next week.

Satz made the comment in response to a question from Circuit Judge Elizabeth Scherer, who was attempting to map out the trial’s upcoming schedule.

Scherer had previously indicated that the trial, which will determine whether Cruz is executed or receives life in prison without the chance at parole, would last into October and possibly November.

The defense will present its case after the prosecution is done.

The first witness on Wednesday was Broward Sheriff’s Sgt. Raymond Beltran, who was attacked in the Broward County Jail by Cruz on Nov. 13, 2018. Cruz plead guilty to four felony assault charges last November.

Jorge Milian is a journalist covering Boynton Beach and Lake Worth Beach at The Palm Beach Post. He also has covered the Parkland shootings since the day they happened. You can reach him at jmilian@pbpost.com and follow him on Twitter at Caneswatch. Help support our work. Subscribe today.