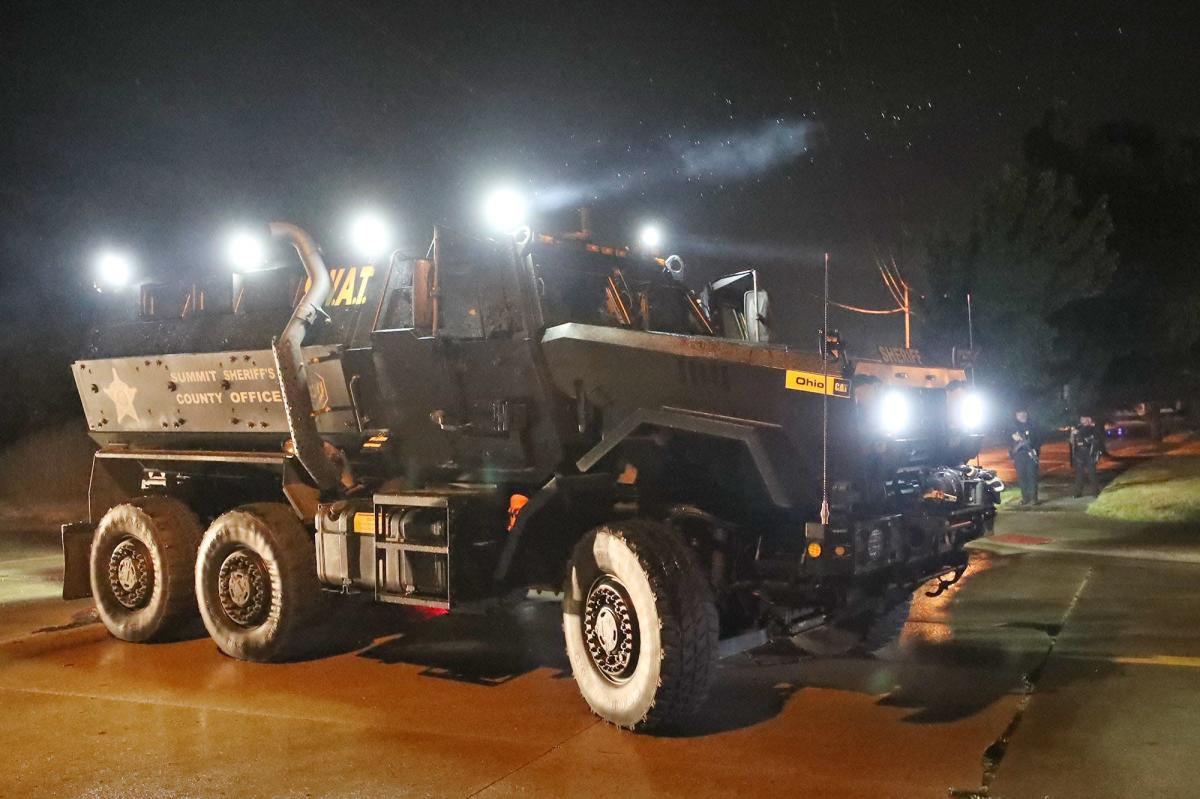 A handful of protesters were tear gassed Tuesday night outside of the Summit County Jail in Akron.

Protesters had gathered outside the jail to show support for those detained in earlier protests in the city over the officer-involved shooting of Jayland Walker.

Many had left the jail as storms approached but some remained.

Around 10 p.m. Tuesday officers deployed tear gas toward those who remained, including a reporter from Spectrum News.

Here is a collection of videos posted on social media of the confrontation.

As a warning, some explicit language can be heard in some of the videos.

During the so-called “noise demo” outside of the Summit County Jail on Tuesday night — those detained inside could be heard chanting back.

The continuing protests are in response to the death of Jayland Walker, a 25-year-old Akron man who was shot 60 times by eight Akron police officers after he fled a traffic stop June 27.

Dozens of protesters have been arrested amid daily demonstrations across the city.