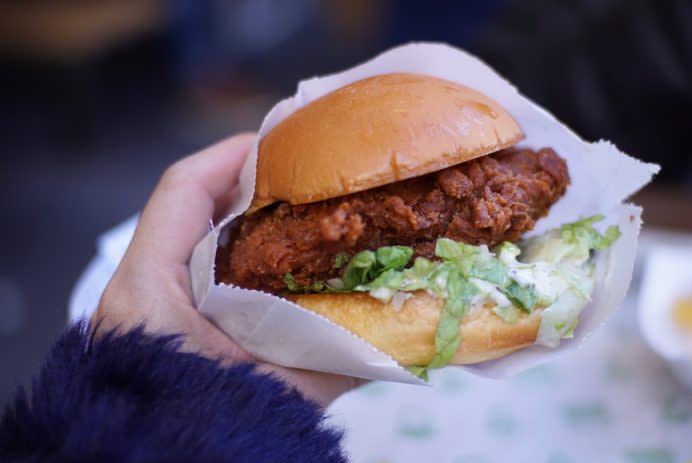 The New York state bar exam has social media in a frenzy.

A recent article in the New York Post reported on the steep prices prospective lawyers would be facing: Students would be paying $33 for simple boxed lunches, while a kosher meal reportedly cost $53.

The bar exam was held on July 26 and 27. Now, social media users have plenty to say about the food.

Buy, sell or hold? How to decide what to do with a plummeting stock

The bar exam is a requirement for future lawyers, since they cannot practice law in the state without passing the test.

And after years of law school, the stakes for these students are high. Only offered twice a year, the test has a considerable fail rate. In New York, for example, just 61% of test takers pass the bar on their first go.

Various rules govern what students can and cannot bring to the test. As for food, the New York state bar exam allows only “quiet snacks,” which must be unwrapped and packaged in a clear bag.

This Brooklyn home office gets a California-inspired makeover with just $1,000:

As a result, there is quite some pressure on the food served during exam breaks. Some test-takers claimed that even water was expensive.

“Are the vending machines at the Javits Center normally incredibly expensive, or are they jacking up prices for Bar Exam takers?” one Twitter user wrote. “I just paid $5 for a bottle of water…”

As the Post points out, many students are forced to pay for meals on both days, which, for those sticking to a kosher diet, would amount to more than $100 for two lunches.

The New York exam was held at the Javits Center, a large convention hall in midtown Manhattan. Test takers will find out what their results are sometime in November.

Check out these Black-owned beauty brands that we love

The post Social media is baffled by how much law students had to pay for food during a recent bar exam appeared first on In The Know.

More from In The Know:

This is the best affordable vacuum cleaner, according to happy Amazon reviewers