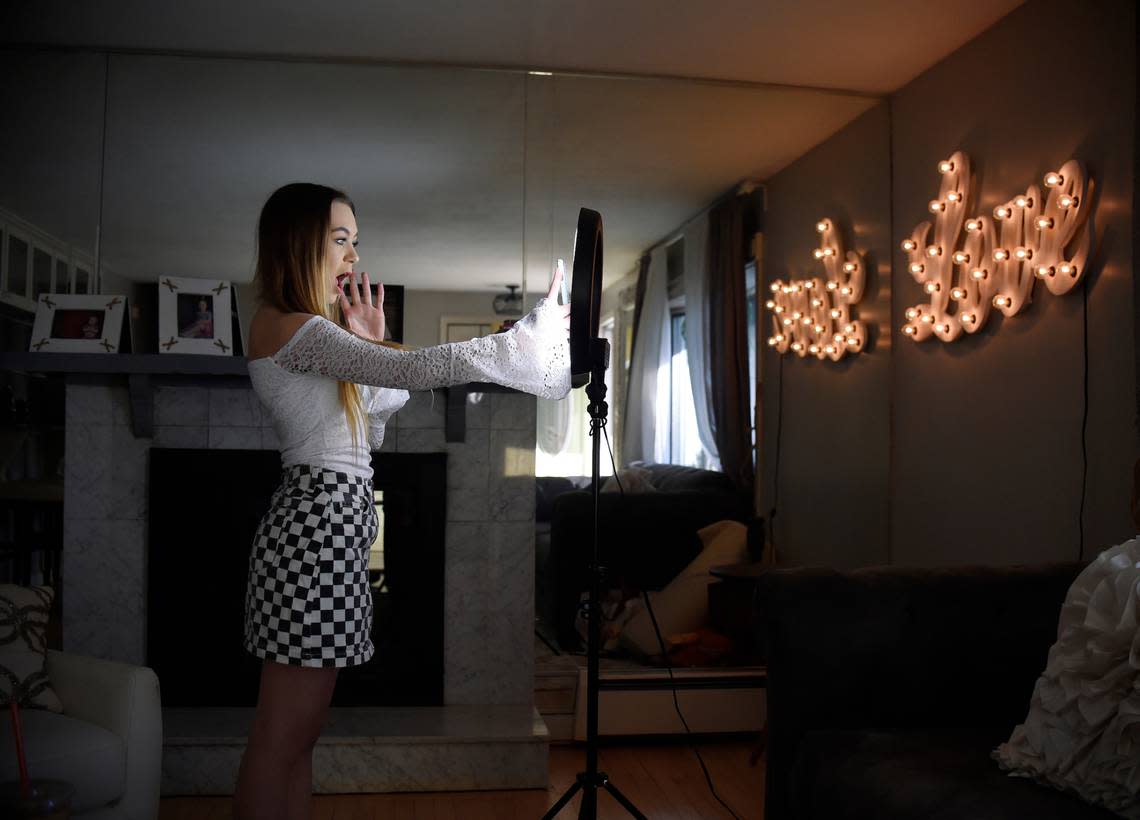 In the few years since Salesforce chief executive Marc Benioff first asserted that “Facebook is the new cigarettes,” the aphorism has rapidly become less jarring than obvious. But look for anything approaching the nation’s monumental public health, regulatory and legal response to tobacco in the social media arena, and you will look in vain.

A bipartisan bill approved by the California Assembly could begin to change that. By outlawing the use of technology designed to keep children tethered to social media feeds with serious potential repercussions for their mental health, it would address one of the most alarming consequences of the largely unchecked platforms that have put a few Silicon Valley corporations among the world’s wealthiest. The state Senate, which has parked the bill in legislative purgatory, should put it up for a vote and pass it.

The past decade has seen a disturbing surge of teen depression, suicide and other mental health problems, so much so that the American Academy of Pediatrics, the American Academy of Child and Adolescent Psychiatry and the Children’s Hospital Association declared it a national emergency last fall. While the COVID pandemic appears to have exacerbated the crisis, the trend dates to well beforehand.

The epidemic is noticeably parallel to the rise of social media platforms such as Instagram, owned by Facebook parent Meta, which saw a thousand-fold explosion in users between 2010 and 2018. A Pew Research Center survey that year noted that nearly all American teens had access to a smartphone, nearly half described themselves as online almost constantly and about a quarter judged the effects of social media mostly negative.

While the striking correlation between social media growth and mental illness among young people does not amount to an ironclad case for causation, Facebook whistleblower Frances Haugen revealed that the company’s own research provides even more reason for concern. The company found that small but significant shares of American and British teenagers who felt suicidal or depressed attributed the problem to Instagram, with larger shares linking feelings of sadness and inadequacy to the app. The former Facebook insider also disclosed evidence that some teens feel unable to control their social media use despite the sense that it’s harming them, arguably a feature rather than a bug of technologies designed to draw and retain attention.

Assembly Bill 2408, by Republican Assemblyman Jordan Cunningham of San Luis Obispo and Democratic Assemblywoman Buffy Wicks of Oakland, would make it illegal for large social media companies to design their platforms in ways that they know or should know are addictive to children. While an earlier version of the bill created a broad private right to sue companies that violate the law, the current version would limit civil enforcement to the state attorney general, district attorneys and a few city attorneys. Backed by the Children’s Advocacy Institute at the University of San Diego School of Law and Common Sense Media, the bill also provides a safe harbor from penalties for companies that maintain a regime of independent audits and corrective measures to address any features found to promote addictive behavior among minors.

In one indication of the broad public and political recognition of the problem, the Assembly passed the earlier version of the bill without a single no vote — though an astounding 27 members copped out by declining to vote yea or nay, including Sacramento County Sheriff-elect Jim Cooper, D-Elk Grove, and Placer County congressional hopeful Kevin Kiley, R-Rocklin. The bill is now on the so-called suspense file in the Senate Appropriations Committee, which is expected to decide this week whether to quietly smother it or allow it to proceed.

In contrast to parallel efforts to protect children from social media in Washington, where the cause has also drawn support from conservatives as well as liberals, the fate of the Sacramento bill will be decided entirely by the leadership of the Legislature’s Democratic supermajority. It will be a telling test of the party’s ability to stand up against a rich and powerful corporate lobby on behalf of some of the state’s most vulnerable.