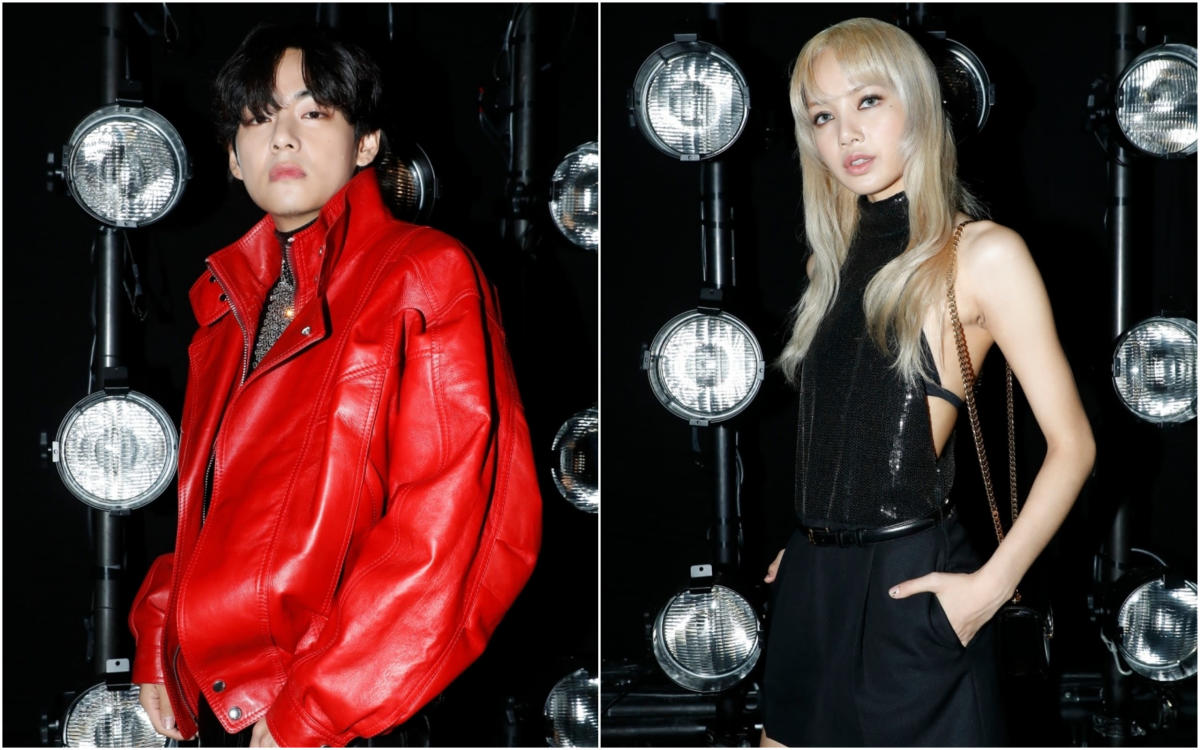 It seemed chaos ensued both in-person and online when BTS’ Kim Taehyung and Blackpink’s Lalisa Manobal attended the Celine men’s show in Paris on Sunday.

For weeks, K-pop fans suspected Manobal, known professionally as Lisa, and Kim, better known as V, would attend Hedi Slimane’s spring 2023 show, which closed out Paris Men’s Fashion Week. It was confirmed last week when fans posted videos of both artists arriving at the airport to leave for France on Friday.

From the moment the two stars, along with popular South Korean actor Park Bo-gum, arrived for the show and descended upon the stairs to wave to their fans on the balcony, their fans caused frenzy on social media channels such as Twitter and TikTok, causing both Manobal and Kim to become the most-tweeted about acts within hours, accruing millions of tweets each.

On Twitter, Blinks, as Blackpink fans are known, used hashtags such as #LisaxCeline and #LisaatCelinePFW22, causing it to skyrocket to the most popular hashtags within the last 24 hours. On TikTok, the hashtag #LisaCeline has accumulated more than 60 million views.

Meanwhile for Kim, BTS fans, known as Army, also made a splash on social media, as the hashtag #TaehyungxCeline garnered millions of tweets on Twitter, while the same hashtag on TikTok accrued more than 14 million views.

Both Manobal and Kim are the most-followed members of their respective groups, Blackpink and BTS, both of which are known for being two of the most popular and influential bands in the world.

Manobal is a brand ambassador for Celine, working closely with its creative director Slimane since 2019. In the last year, she fronted the campaign for the brand’s haute parfumerie collection and made her runway debut for the label’s summer 2022 show in Nice, France.

Kim is a brand ambassador for Louis Vuitton, along with his bandmates Jungkook, Jin, Jimin, Suga, J-Hope and RM. The group were named as ambassadors in April 2021.

BTS’ Kim Taehyung and Blackpink’s Lisa Cause Chaos at Celine