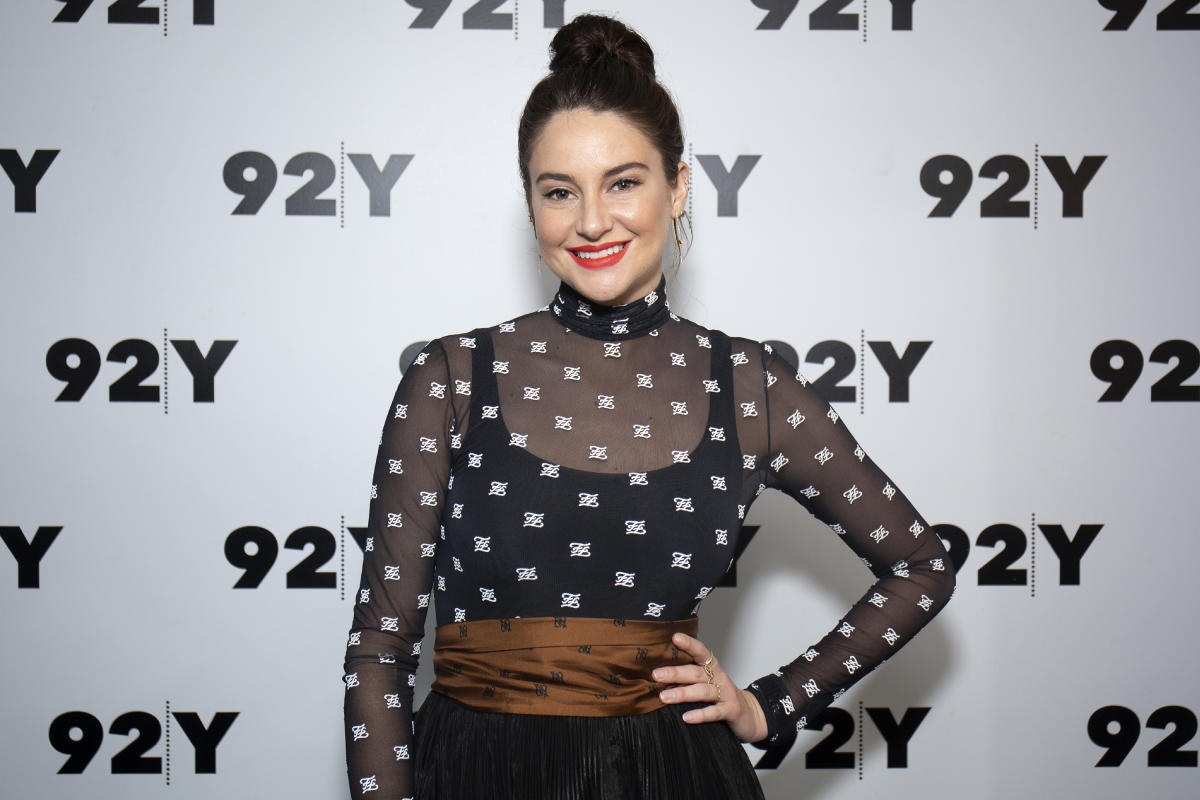 Shailene Woodley has words of wisdom in the age of social media.

The Big Little Lies alum, 30, took to Instagram on Thursday to share her thoughts on the platform — alongside photos from her recent European vacation.

“Was talking to a girlfriend this am about instagram, anxiety, public perception. and in general, i find diatribes about these subjects on social media to be a bit insufferable … because i struggle with the REAL factor of it all,” she wrote, “but : my lovely lady was expressing how she felt insecure about something someone had posted about her, because it was only showing the ‘weird’ ‘ridiculous’ side of her personality … no ‘normal’ shit. i said ‘normal’ isn’t real … it’s a forced version of herself, ourselves … and that her ‘goofy’ is the part of her that makes this world light up.”

Woodley added that while she may be a “hopeless romantic,” she believes in “mystery, in surprise, in authenticity … over + beyond anything else.”

“I also believe that you can’t give it all away over the internet,” she noted. “Keep it sexy in the flesh, you know? instagram should be a place we come to laugh at ourselves + society. not beat ourselves up for it.”

She concluded her post with a call for her followers to “be strange.”

“Be youthful. be emo + artistic. be a sexpot. f**k it,” the two-time Golden Globe nominee wrote. “It all works out and then we die anyways. it’s not that deep.”

Woodley’s words come a year after she called out the media for looking too deeply into her social media feed following controversy surrounding her then-fiancé Aaron Rodgers’ COVID vaccination status. At the time, she had posted an Instagram Story with the quote, “Calm seas may bring you peace, but storms are where you’ll find your power.” Though the story was removed from Instagram after 24 hours, as is typical of every Story, many thought that Woodley removing the Story — and posting it in the first place — was sending a message.

On Instagram, the Divergent star wrote, “Literally lol’ing over here at your determination to make a story out of nothing. grasping at straws my dears.”

Recently, Woodley has used her Instagram in order to share photos from her world travels with her more than 4.8 million followers. In July, she shared a photo of herself enjoying the Aire Baths in Seville, Spain. In June, she posted a pic of herself lounging in Morocco, writing in the caption, “Morocco, you’re incredible, but your tiny little 3” sneaky hidden steps everywhere are a real bitch.”

Wellness, parenting, body image and more: Get to know the who behind the hoo with Yahoo Life’s newsletter. Sign up here.