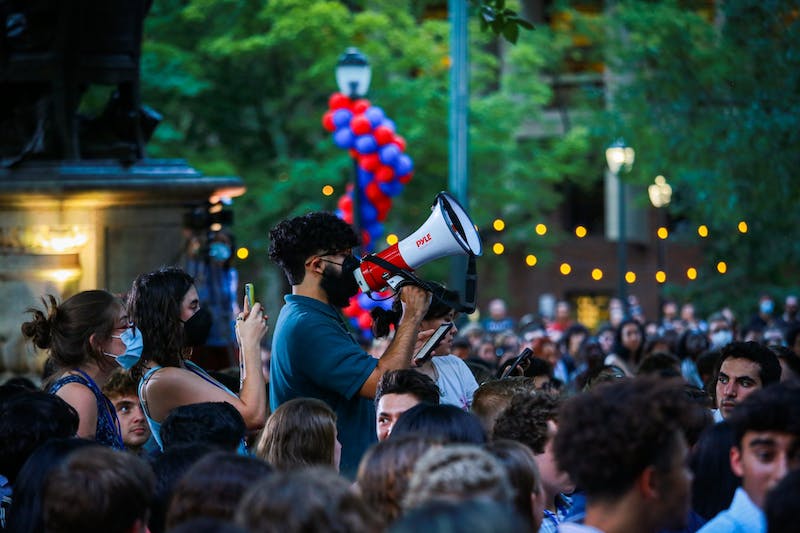 The Daily Pennsylvanian is a student-run nonprofit.

Please support us by disabling your ad blocker on our site.

A recent investigation shows that many colleges have used an artificial intelligence tool to track student protests.

The investigation — which was conducted by The Dallas Morning News and through a Pulitzer Center fellowship — shows that college police departments used the AI service Social Sentinel to monitor students’ social media activity. University Spokesperson Ron Ozio confirmed in a statement to The Daily Pennsylvanian that “Penn has no connection to this.”

Social Sentinel — which now operates under the company Navigate360 — is designed “for schools to take a proactive stance against harmful intentions in digital environments,” according to its website.

The investigation identified that at least 37 colleges have used Social Sentinel — which aims to help colleges address school shootings and mental health crises facing students — since 2015. It also found that Social Sentinel has produced and distributed white papers that said that the tool could be used to monitor protests, and that the tool can monitor student emails.

According to Andrew Guthrie Ferguson, a law professor at American University’s Washington College of Law who spoke to the Dallas Morning News, the use of Social Sentinel’s technology at public colleges could infringe on students’ freedom of speech and right to privacy.

Navigate360 CEO J.P. Guilbault denied that the technology had the ability to monitor protests, according to the Pulitzer Center.

This investigation comes shortly after Penn students in the Coalition to Save the UC Townhomes interrupted President Liz Magill’s speech during Convocation in August. Fossil Free Penn is currently camping out on College Green to protest for divestment and action on the UC Townhomes.

While Penn has not used the service, the University has reviewed students’ social media in the past. In 2020, Penn joined several peer institutions that reviewed resurfaced social media posts containing racial slurs amid George Floyd protests.