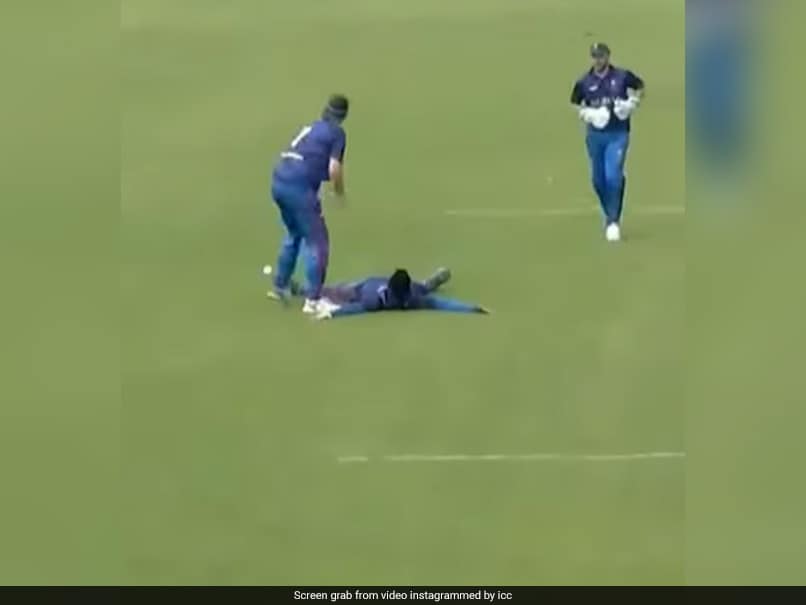 Every player has its own way of celebrating, whether a batter or bowler, on a cricket field. Similarly, a video of Serbian cricketer celebrating his wickets in a unique way has gone viral on social media. Ayo Mene-Ejegi, who plays for Serbia, has a unique way of celebrating his wickets. In a video shared by ICC, Ayo can be seen making a ground flip before lying straight on the ground with his hands wide open. So far, the video has garnered over 185,000 likes on Instagram.

“100 wicket celebration from Serbia’s Ayo Mene-Ejegi,” the video was captioned by ICC.

During the match, Ayo took four wickets as Serbia restricted Isle of Man to a total of 165 for seven in 20 overs.

However, Serbia still ended up on the losing side as they were restricted to a total of 97/7.

Meanwhile, the T20 World Cup will be played later this year in Australia.

While some of the top teams like hosts Australia, India, England among others had qualified for the tournament on the basis of their higher rankings, four teams are yet to book their place for the showpiece event.

Australia are the defending T20I champions, having defeated New Zealand in the final last year in the UAE.

Both teams will meet in the first match of the Super 12 stage on October 22 at the Sydney Cricket Ground.

Topics mentioned in this article