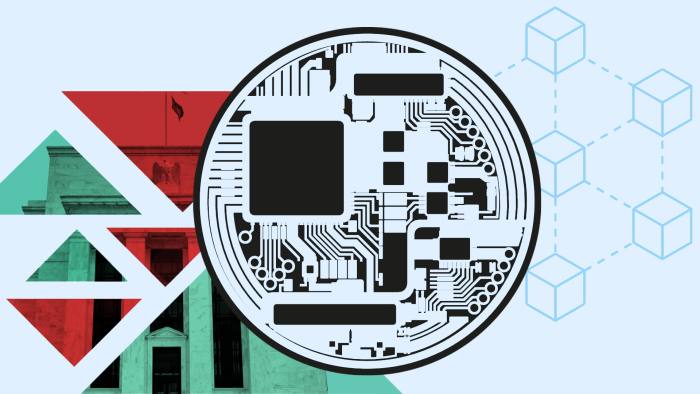 US markets regulators have put the crypto industry on notice, indicating that they will crack down on violations such as insider trading and fraud with the same vigour at which they pursue them in traditional finance.

In recent weeks the Securities and Exchange Commission has filed charges against individuals for allegedly creating a $300mn “fraudulent crypto pyramid and Ponzi scheme”, as well as a case against a former employee of crypto exchange Coinbase.

Officials at the agency, including its chair Gary Gensler, are wasting little time as this year’s turmoil in digital asset markets has left investors facing big losses. Although large swaths of the market are unregulated, the SEC is using pre-existing rules in traditional finance to police the crypto market.

“In traditional finance, these guys are under a microscope,” said Charley Cooper, managing director at blockchain firm R3 and former chief of staff at the Commodity Futures Trading Commission, the US derivatives regulator. He said, in contrast, many crypto traders were “not paying attention” on the assumption the rules would not apply.

The SEC’s case against the former Coinbase employee and his associates has resonated because the regulator’s allegations rely in part on at least nine tokens being identified as securities.

Stocks, bonds and other securities fall under the watchdog’s purview, but there is a fiery debate on the extent to which crypto tokens should fall under this umbrella. The former Coinbase employee said he was “innocent of all wrongdoing”, while the exchange said it has “zero tolerance for this kind of misconduct”.

The case has “brought the issue of potential insider trading and wire fraud at the forefront of all crypto companies’ minds, to ensure that they have adequate policies and procedures to prevent insider trading,” said Teresa Goody Guillén, partner at BakerHostetler, a US law firm.

The biggest exchanges say they have longstanding confidentiality obligations on employees. A Binance spokesperson said every employee is “beholden to a 90-day hold on any investments they make and companies leaders are mandated to report any trading activity on a quarterly basis”.

Coinbase said the exchange has had confidentiality obligations in place on employees since 2012, and formal digital asset trading policies in place since 2018 — six years after the exchange was established. Bitfinex said it has “appropriate” policies and procedures in place against insider trading. Several other large crypto exchanges, including FTX, did not respond to the FT’s requests for information about policies in place to identify or mitigate insider trading.

The SEC’s recent cases have also ruffled feathers in Washington, where lawmakers are debating the framework to regulate crypto assets but have yet to reach a consensus.

In the absence of specific rules Gensler has repeatedly pressed for his agency to lead the US’s approach to crypto, arguing that many digital assets are securities. To aid his argument he has cited cases and precedents set in US law decades ago.

The charges against the former Coinbase employee was “a striking case of ‘regulation by enforcement’,” Caroline Pham, a commissioner at the CFTC, said last month. “The SEC’s allegations could have broad implications beyond this single case, underscoring how critical and urgent it is that regulators work together.”

And while the SEC stakes out territory, some lawmakers in Washington are also seeking to limit its influence in the crypto industry.

On Wednesday, senators Debbie Stabenow and John Boozman sponsored a consumer protection bill that would give the CFTC exclusive jurisdiction over digital commodity trades. While few expect it the bill to become law, observers say the proposal is likely to influence other legislation in future.

Peter Fox, partner at Scoolidge, Peters, Russotti & Fox, said he had been expecting an SEC crackdown for some time.

“My suspicion is that they were sort of holding their fire through the winter, while asset prices were really high and a lot of these enterprises were quite popular and the exchanges were in the middle of a big advertising blitz . . . I just think the timing of this prosecution is not a coincidence.”

One securities litigator previously employed by the SEC said the regulator “tends to focus more significantly” during periods of market tumult, in order to “avoid public criticism that somehow there is a market integrity issue.”

But others point out that the vacuum created by a lack of regulation meant the SEC, as the US’s most powerful markets regulator, was left with little choice but to act.

“If they don’t do it, you would be left with no one to bring punitive enforcement action other than the Department of Justice,” said Charlie Steele, a former US government lawyer and now partner at Forensic Risk Alliance, a regulation consultancy. “It highlights the need for these prudential regulators to figure this out.”