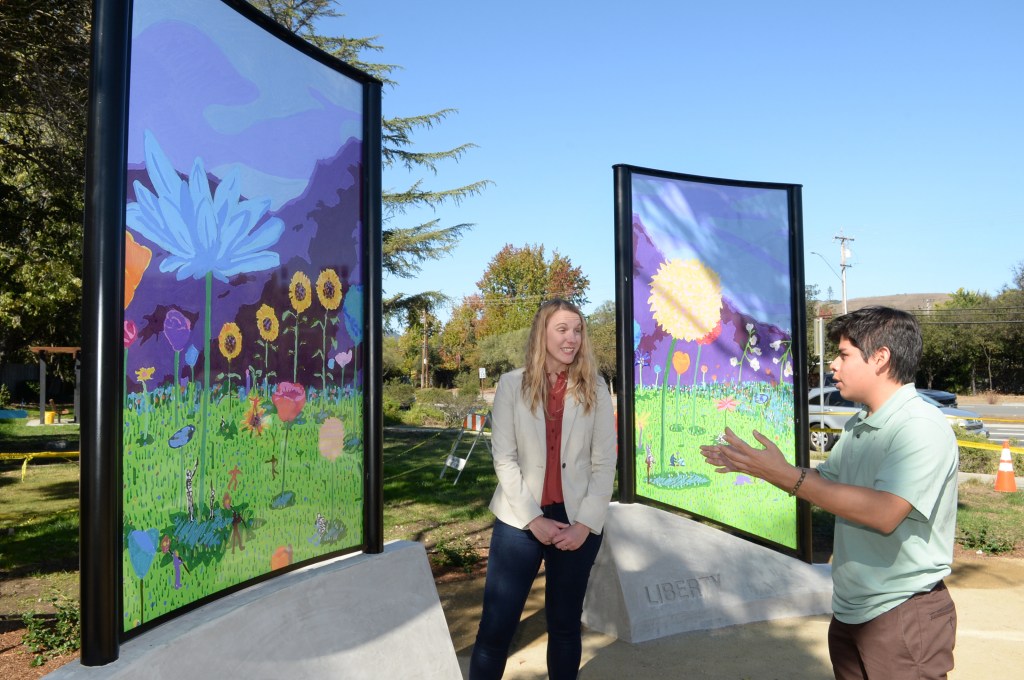 From a graffiti sign painted to express outrage over the police shooting of Breonna Taylor an inspiring garden of paintings aimed at lifting voices and perspective has grown.

Instead of a showdown between those who wrote Taylor’s name on a cement wall at a busy Las Gallinas Avenue intersection and the city’s anti-graffiti law, the two joined forces to create “Regeneration,” a three-panel display designed and painted by local youth and installed at San Rafael’s Arbor Park, near the intersection.

Kristen Jacobson, the executive director of Youth in Arts, the local nonprofit sponsoring the work, said it best: “The artwork is really subtle, but very powerful, lifting youth voices.”

The racial killings of Taylor, George Floyd and Ahmaud Arbery, a Black man killed by vigilantes in Georgia, are remembered and reflected in the work. From those tragic and disturbing deaths, have grown – or blossomed, as reflected in the display – an awakening and awareness of the need for change.

The colorful blossoms reflect both strength and fragility.

Taylor and Floyd’s killing fueled the Black Lives Matter outcry and movement. The outrage prompted the chalk sign that was drawn at the intersection. After being allowed to stay for weeks, it was washed away by city workers as illegal graffiti, only to be redrawn by then-unknown artists.

There was also a troubling incident with a man who was caught trying to wash off the mural. The man brandished a gun.

City Hall, recognizing the graffiti reflected a need to help bridge a systemic divide in our nation’s society, decided to come up with an artistic solution and found a fine one.

San Rafael Mayor Kate Colin praised the collective effort, especially the artistic leadership young people showed to both the work and in its message.

“The art they created is incredible, way beyond their years, insightful, beautiful, provoking,” she said.

Local artists, artisans and coaches helped the youth develop the concept and artwork and its message, but Lorenzo Jones, a local equity and diversity coach, said the adults knew when to “get out of the way” for the visions of the young artists.

The city was wise to create a partnership with young artists to come up with a concept, help facilitate its creation and become a permanent host to the work and its vision.

The young artists and the community collaboration have created lasting art, with a lasting and important message, for all ages and for generations to come. 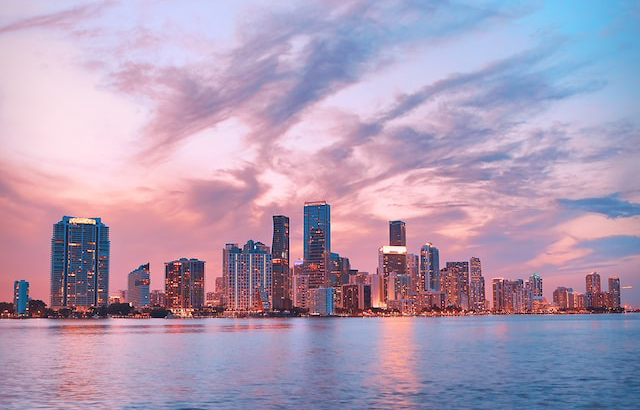