With the growth and rate at which social media is consumed, people have used the opportunity to carve a niche for themselves and show off their skills and talent. Daily Trust on Sunday discusses healthcare professionals who are using their social media platforms to offer health care advice and sometimes medications to their audience.

During the COVID-19 pandemic lockdown in 2020, it was reported that there was a surge in the use of social media apps, especially those which focus on the use of pictures and videos.

According to data from statista.com, Snapchat had become the most used App in 2020 followed by TikTok and YouTube. In 2021, TikTok had recorded approximately 78.7 million users in the United States.

Has this house fallen?

Within the Nigerian digital space, there has been an increase in the growth of content creators. Social media users are now given the platform to pick a category that matches their skill set, talents or knowledge and then create content from it. These categories often include food, fashion, lifestyle, religion, politics, etc.

A trend which has now become on Instagram and TikTok are doctors and nurses who offer medical and healthy living advice to their followers while dancing to trending songs. Some of these social media doctors go as far as working with health brands to promote their uses. They also sometimes use their social media platforms to debunk common health myths that are known to man.

Mercy Uge told Daily Trust on Sunday that she had once followed the advice of a social media doctor on Instagram and it didn’t cause her any harm.

She said that; “I once came across a nurse who was advising ladies not to consistently wear their waist trainers or better still to discard it. The nurse explained how one’s internal organs could be affected by consistent use of waist trainers and also how it could affect body posture and could cause injury should the steel bone used in making it breaks.

“At that time, I was on a fitness journey and consistently used my waist trainer to work out at the gym. After watching that video, I stopped using it and I noticed that I was able to burn more body fat and became more flexible when I wasn’t using the waist trainers.”

Yewande Lawal said it was a TikTok video that enlightened her the dangers of consistent usage of contraceptive pills.

She explained that; “This was a medication I would just buy over the counter and you know many of these pharmacies don’t really explain to you how a drug works except you ask. Most of them would just sell it to you.

“But in the video, I watched the lady explain how contraceptive pills mess with your hormones and have you dealing with cases like acne, extended menstrual cycles, etc, and since then, I’ve opted for safer means of contraception.”

Another lady Mariam Usman mentioned that she came across a video on tiktok where the doctor had advised how certain medications shouldn’t be consumed alongside grapefruit and she adhered to the instructions that were given.

She said that, “People often suffer from food poisoning and would never know what caused it. In this video, I learnt that people who consume fat burning pills are meant to stay off certain fruits like grapefruit as this could affect the enzymes that are supposed to breakdown the medication.”

“Since then, I completely avoided taking fruits with my medication because I do not know what reaction my body might have,” she added.

One of the most popular social media doctors within Nigeria is @aprokodoctor. He’s seen to have over one million followers on Twitter, 400,000 followers on Instagram, 600,000 on TikTok. Most of his content focus on discussing healthy living choices that could help better one’s wellbeing.

One of his medical advice on Twitter reads; “For the past 3 months, I’ve made sure I either eat a bowl of salad or at least 3 eggs every day. The outcome coupled with exercise includes muscle growth across most muscle groups, blood pressure levels are normal, drop-in fat composition and energy levels improved.”

Most of his post tend to create discussion around it as people often come to attest or debunk the advice which he has shared on his platform.

In regards to the tweet above, while a number of people who seemed interested in the advice kept asking whether the eggs he spoke about where fried or boiled, some complained that it was rather too much of protein intake.

Twitter user with the handle @jagganiyu mentioned that; “But the yolk in eggs is packed with cholesterol”.  Another Twitter user @seriki001 said that; “I thought you doctors said an adult shouldn’t eat more than two eggs a week”.

Some of these social media doctors and nurses also go as far as giving prescriptions for different medical conditions to their online followers.

A popular social media nurse on Tiktok with the username @nursetrendy has a video on her page where she is seen selling medication for women who may be suffering from vaginal infections. In the video, she explains the content of the drug and the mechanism of how it works.

Under the post, a lot of women in the comment section asked how much the product was and where they could get it from. Some others posted that they had used the product and confirmed the potency of the drug.

Dr Henry Uwandu, who works with the Zenith Medical and Kidney Centre, noted that although social media comes with risk, there is no harm in adhering to some of these social media doctors.

However, he stated that one must make sure that these people who give out medical advice are authenticated and verified as people on social media often times appear to be who they are not.

He said: “The lockdown period changed a lot for many professions. Everything and anything can be done online. It is a good thing because it brings ease to the person in search of a service.

“There’s nothing wrong with people who decide to listen or practice the medical tips that are provided to them on social media. However, they must make sure these people have the right qualifications and have been verified by the platforms to be giving out such advice

“People on social media parade themselves and claim to be what they are not. If you don’t check the qualifications and skills of the person you’re taking the advice from, you might either create a health condition for yourself or worsen what is already there,” he added.

Pearl Ukamaka, a pharmacist, noted that although people have their qualifications and might be able to offer tips to help one live a healthier life, social media users shouldn’t follow prescription advice given to them from social media doctors and nurses.

She further stated that; “If you feel you have a condition and need some medication, it’s best you check in with your doctor or local pharmacist. It’s wrong for you to consume prescription drugs when you have not been diagnosed.

“You might be told to take a certain medication for fever, but how do you know if the fever stems from typhoid or malaria. It’s important to go for a test before getting drugs to fix the problem. Even if you must buy the drug, at least check with your doctor to be sure that it won’t cause any harm to your body.” 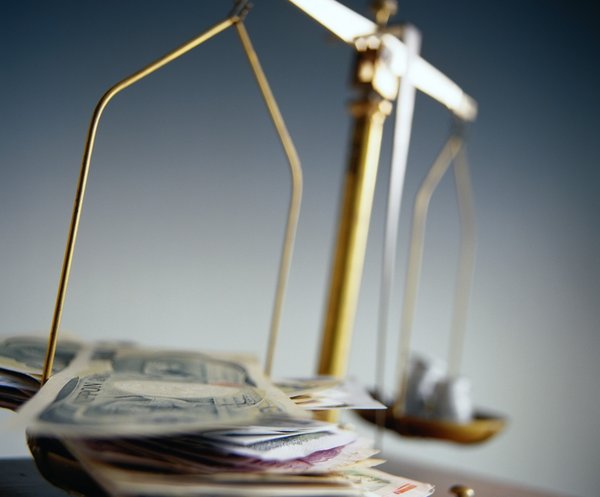