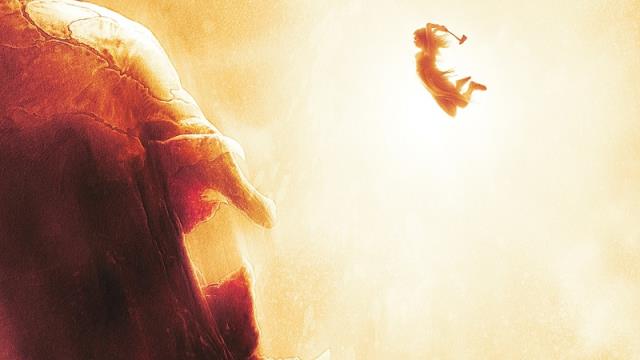 Following a screening at the San Diego Comic-Con yesterday evening, a new poster has been released for Prey along with the first reactions from critics on social media. Find more details after the jump…

A new poster has been released for Prey, the latest entry in the Predator franchise. The Hulu Original arrives on the streaming service on August 5, and will be available on Disney+ globally. It’s a gorgeous piece of imagery, and one that teases what looks set to be an epic battle between the hunter and hunted.

Film fans in San Diego were treated to an advance screening of the movie at Comic-Con last night, and that was followed by a Q&A with Amber Midthunder, Dakota Beavers, Dane DiLiegro, director Dan Trachtenberg, and producer Jhane Myers.

Prey tells the story of a young woman, Naru, a fierce and highly skilled warrior who has been raised in the shadow of some of the most legendary hunters who roam the Great Plains.

So when danger threatens her camp, she sets out to protect her people. The prey she stalks, and ultimately confronts, turns out to be a highly evolved alien predator with a technically advanced arsenal, resulting in a vicious and terrifying showdown between the two adversaries.

Check out the awesome new poster for Prey below:

With this new poster comes the first reactions from critics. As you can see, the movie is receiving a lot of praise and all signs point to Prey being the best Predator movie since the original (it may, in fact, be even better).

#Prey is the best #Predator movie yet. @AmberMidthunder is an absolute scene-stealing star, and @DannyTRS delivers a visceral, edge of your seat beast of a movie that also serves as a fascinating glimpse into the Comanche Nation. The Predator action rules! pic.twitter.com/abcEb5766r

#Prey takes forever to get going, but damn, the second half is a complete blast! #AmberMidthunder is awesome as Naru, she has such an amazing arc, and the #Predator is a [frick]ing beast. Violent as hell and bloody brutal.

Hey, so #PREY is [frick]ing *fantastic.* Amber Midthunder is incredible, and no prior PREDATOR fandom is necessary to enjoy — the joy here is watching very clever opponents face off against each other, and it’s incredibly thrilling stuff. @DannyTRS knows what he’s about. pic.twitter.com/6q5qribx2q

Prey is as worthy & badass a Predator movie as we’ve seen since the original. Beautifully shot, tightly written, excellent characters, and some of the grossest, most wildly entertaining sci-fi action in the franchise. It’s exciting, fun, powerful, & I can’t wait to watch it again pic.twitter.com/bpXx7zDhUj

Prey is as worthy & badass a Predator movie as we’ve seen since the original. Beautifully shot, tightly written, excellent characters, and some of the grossest, most wildly entertaining sci-fi action in the franchise. It’s exciting, fun, powerful, & I can’t wait to watch it again pic.twitter.com/bpXx7zDhUj

#Preymovie absolutely slays. By setting it 300 years ago and stripping away the alien hunter’s high tech hunting gadgetry, we get a primal David vs Goliath story. Amber Midthunder is fierce, and Datoka Beavers rocks in his debut! It’s just an awesome gritty B-movie pic.twitter.com/ZaNsIXYSDc

I honestly think #Prey might be the best Predator movie. Not since the first movie, just best, period. It’s got all the tense action, but it adds compelling characters, Amber Midthunder as Naru is a revelation, It’s Predator broken down to its core elements and rebuilt better. pic.twitter.com/Hml1dhPuQl

#Prey slays. (Is this a thing?) @DannyTRS has crafted a whip-smart reinvention of the franchise and a moving, elegantly photographed coming-of-age tale (@AmberMidthunder is so great), with buckets of blood and super fun monster mayhem. Expected to enjoy it but wound up loving it. pic.twitter.com/WYRkzHD5qD

#PREY is, indeed, the best Predator entry since PREDATOR. All praise to Amber Midthunder who owns the screen against her alien foe. It’s back to the bloody basics of a thrilling hunt that delivers everything I want from a Predator flick in its brutally primal glory. pic.twitter.com/2QWpwOgwGI