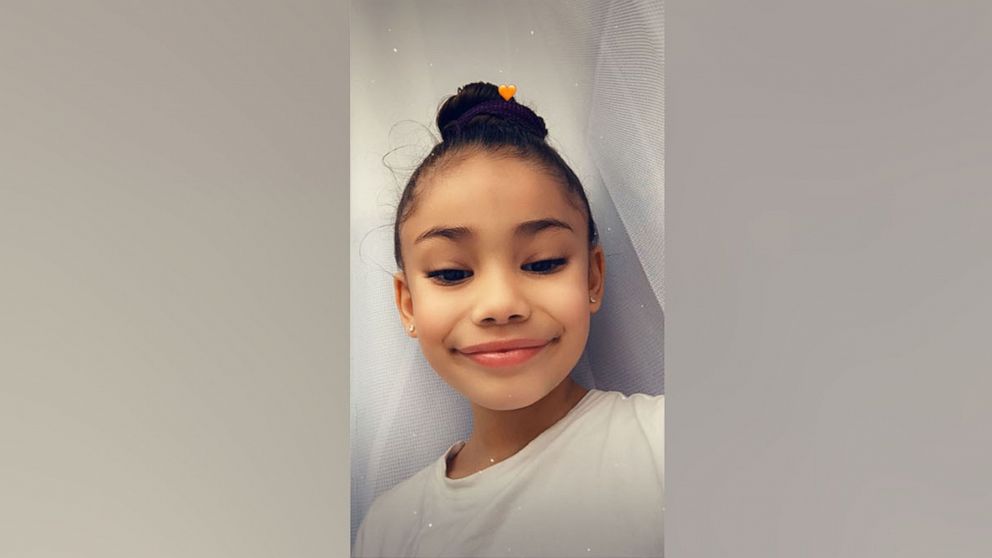 A Wisconsin family is suing TikTok after their 9-year-old daughter died attempting the so-called “blackout challenge” popularized on social media.

Arriani Jaileen Arroyo died by asphyxiation on Feb. 26, 2021. Now, her family, along with the parents of 8-year-old Lalani Walton of Texas, who also died of asphyxiation by strangulation on July 15, 2021, have come together with the Social Media Victims Law Center to file a lawsuit against TikTok on behalf of their daughters.

“This is not easy, to wake up every day and know that your little girl is never coming back,” Arriani’s mother Christal Arroyo Roman told “Good Morning America” on Saturday.

Arriani was everything to her family. Her mother said she was an intelligent and stylish little diva who loved doing nails, dancing, and would give the coat off her back to those she loved. Like many children across the country, she also enjoyed following social media trends, including food challenges and learning new dances.

“We just never thought that there was a darker side to what TikTok allows on its platform,” Roman said.

In the wake of the two girls’ deaths, the Arroyos and Walton’s family are calling on TikTok for answers. The Arroyos told ABC News the families are speaking out in hopes of preventing other children from falling victim to the same crushing fates as their daughters.

“We just want people to be aware, because we don’t want no other children out there to be a statistic of this situation again,” Arriani’s father Heriberto Arroyo Roman said. “We want to make sure that we can save other kids.”

According to the June 30 lawsuit filed by the Social Media Victims Law Center on behalf of the families, multiple children from different states and countries died last year by asphyxiation after attempting the same “blackout challenge” — in which children choke themselves until they pass out — allegedly suggested to them on their TikTok “For You” pages.

The lawsuit specifically claims that “at all times relevant, TikTok’s algorithm was designed to promote ‘TikTok Challenges’ to young users to increase their engagement and maximize TikTok’s profits.”

It also claims the company was aware that some of the challenges allegedly being promoted to young people could be deadly, but that it did not act to correct the problem.

“TikTok outrageously took no and/or completely inadequate action to extinguish and prevent the spread of the Blackout Challenge and specifically to prevent its algorithm from directing children to the Blackout Challenge, despite notice and/or foreseeability that such a failure would inevitably lead to more injuries and deaths, including those of children,” the lawsuit reads.

According to the Centers for Disease Control and Prevention, different versions of the challenge — sometimes referred to as the “choking game” — have existed for years and predate social media. But the lawsuit claims TikTok’s endless timeline algorithm has exposed children to those trends with deadly results.

Matthew Bergman, founder of the Social Media Victims Law Center and the lead attorney on the case, told ABC News that the lawsuit is focused on TikTok’s concerns for profitability, allegedly without regard for the harmful effects its engineering may have on the platform’s youngest users.

“This is a case about saving kids,” Bergman said. “Let’s be clear, children are sent to these challenges by the TikTok algorithms. This is not an accident and it’s not a coincidence.”

Bergman and the Arroyo family claim tragic events like Arriani’s and Lalani’s deaths were predictable and preventable by TikTok, which they claim promotes “engineered addiction,” according to the lawsuit complaint.

“Engineered addiction,” as defined by the lawsuit, is a familiar feature across many popular social media platforms and includes “bottomless scrolling, tagging, notifications, and live stories.”

“TikTok engineers its social media product to keep users, and particularly young users, engaged longer and coming back for more,” the complaint alleges.

Reached for comment, a TikTok spokesperson pointed ABC News to a statement the company released last year about the challenge but did not address allegations that the platform algorithms directed children to dangerous content.

“This disturbing ‘challenge,’ which people seem to learn about from sources other than TikTok, long predates our platform and has never been a TikTok trend. We remain vigilant in our commitment to user safety and would immediately remove related content if found. Our deepest sympathies go out to the family for their tragic loss,” the previous statement read.

Currently, searching the “blackout challenge” hashtag on TikTok redirects users to the application’s community guidelines, which is typically done when certain hashtags are related to harmful activities.

Experts warn of danger of gamification of disturbing trends online

Dr. Dave Anderson, a clinical psychologist from the Child Mind Institute, warned parents about risks to talk about with young kids who are on social media.

“If you see something online and you see people framing it as fun or a challenge or something interesting, you’re sort of gamifying the particular thing and decreasing people’s perception of the risks,” Anderson said, speaking with “GMA” on Saturday. “So calling it a ‘blackout’ challenge is branding.”

Anderson said it is important for parents to talk to young kids about the transition from the virtual world to reality. “What they see online — just like cartoons or movies — may not actually be real,” he said.

Linda Charmaraman, Ph. D., a senior research scientist at the Wellesley Centers for Women and director of the Youth, Media & Wellbeing Lab, specializes in the research of early childhood adolescence and said monitoring is not enough because even the most “carefully watching parent” can miss a crucial moment in which a young child may be influenced to harm themselves by social media.

“[Children] have this trust that nothing bad’s gonna happen to them,” Charmaraman told ABC News. “And they don’t think as carefully as somebody who’s two years older or four years older, that there could be consequences not just on their physical health but their mental health, on their spiritual health.”

Charmaraman suggested parents “keep having dialogues and enlist their village” to engage in conversations with children about the content they consume on social media platforms to help keep them safe.

“It’s not a one big talk kind of situation,” Charmaraman said. “It’s an ongoing kind of exploration and partnership.”