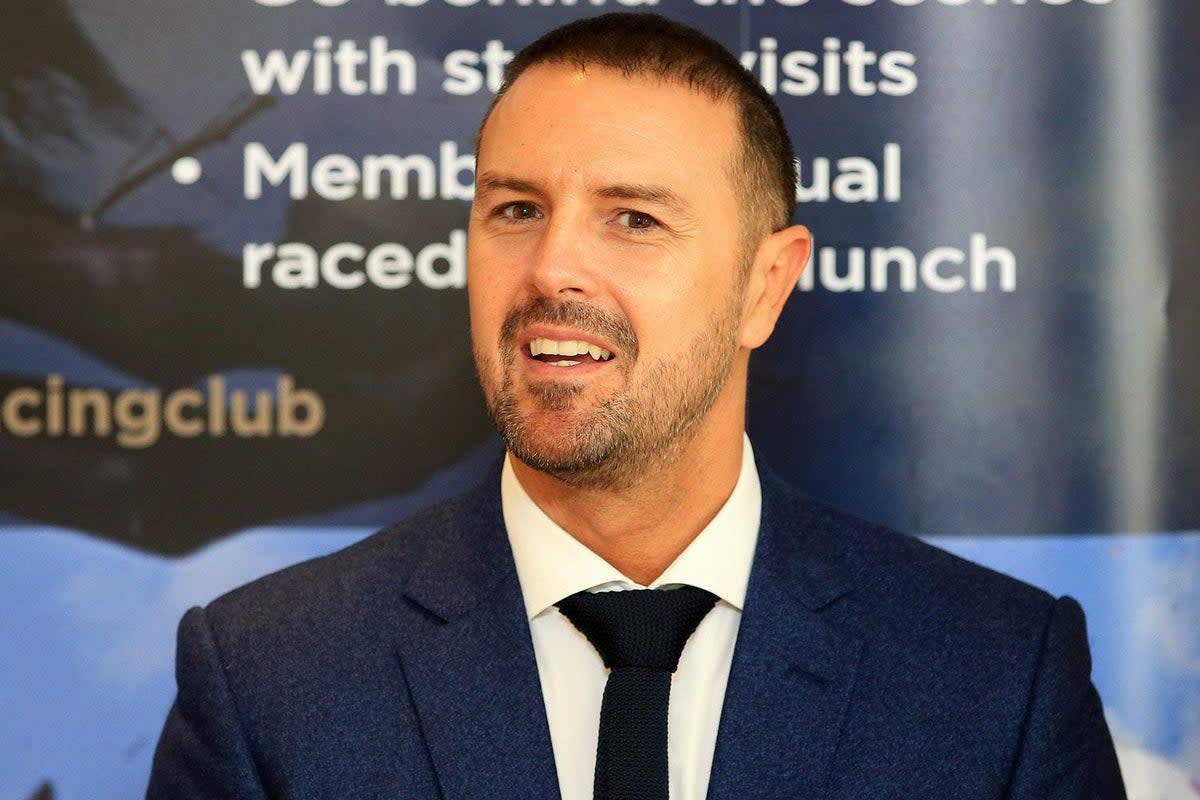 Paddy McGuinness has returned to social media for the first time since announcing his split from wife Christine.

On Wednesday, the TV presenter took to Instagram to show a lighthearted video of the copious snacks on offer on the set of Top Gear.

The 48-year-old, who co-hosts the BBC car series with Freddie Flintoff and Chris Harris and is currently filming season 33, proudly showed off the mountain of treats that were in a car boot and included boxes of snickers, Oreo cookies and Haribo sweets.

He told fans as he panned his camera over the snacks: “Back on Top Gear we take our snacking very seriously… protein bars, big box of biscuits – them’s mine… (sic)’.”

His return to work follows his confirmation on Instagram last Friday that his 11-year marriage had come to an end.

In a joint statement with his 34-year-old ex, he announced that they had been separated for some time but will continue living together for the sake of their three autistic children.

The pair, who share twins Penelope, and Leo, eight, and Felicity, six, insist their upbringing remains a top priority.

They stated: “We hadn’t planned on sharing this publicly until we were ready but after the lack of privacy surrounding our personal life, we feel left with no other option but to clarify.

“A while ago we took the difficult decision to separate but our main focus as always is to continue loving and supporting our children.

“This was not an easy decision to make but we’re moving forward as the best parents we can be for our three beautiful children. We’ll always be a loving family, we still have a great relationship and still live happily in our family home together.

“We hope this now draws a line under anymore unwanted and unnecessary intrusion into our private life.

“Although we work in the public eye we ask kindly if you could respect our wishes for privacy on this matter. We’ll be making no further comment.”

A source told MailOnline: “Paddy and Christine have given everything to their marriage over the years…

“It’s been no secret within their inner circle that it’s been a difficult few years for them as a couple but they still very much support each other and will continue to do so throughout their separation.”

The pair first met when Christine was modelling at a Liverpool Tennis Tournament hosted by McGuinness in 2007. They married in a lavish wedding at Thornton Manor three years later.