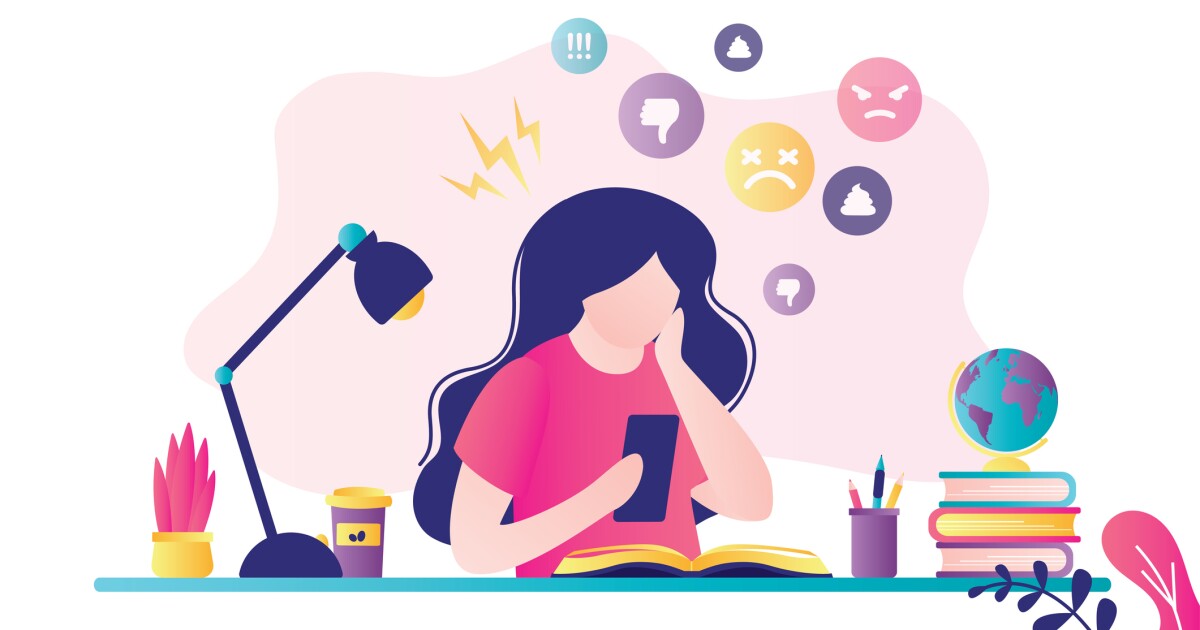 Mednick is a cognitive neuroscientist at University of California Irvine and author of “The Power of the Downstate: Recharge Your Life Using Your Body’s Own Restorative Systems.” She lives in Kensington.

As a kid, I’d sit in the backseat as my parents listened to the news on the car radio. I don’t have a single memory of an adult hand quickly moving to switch off the sound, or of any warning that a story would be graphically violent. But I distinctly remember the moment years later when I turned off the radio for good because there was just too much horror for my 5-year-old daughter to absorb.

I was only partially correct: It’s too much horror for my adult self to absorb, too.

As a cognitive neuroscientist with expertise in sleep, I have seen firsthand the importance of having a tight rein on our stress response, and the ravages to our health when we let it creep unchecked into our lives. Feelings of danger, lack of control and uncertainty are the primary triggers for your brain and body to flip into a heightened fight or flight mode, where your heart rate speeds up, your guts churn, your respiration is shallow and rapid, and your mind races through anxiety-filled scenarios, all of which prevent restorative sleep.

It’s OK to get occasionally revved up, if the depleted resources are replenished during what I call “downstate activities” (which repair physiological wear and tear and restore emotional balance). But chronic levels of heightened negative emotions, anxiety and fear are hard to repair, and can lead to dysfunctional memory and attention, premature aging, a weakened immune system and increased vulnerability to disease, as well as unhealthy weight and risk of diabetes. Relentless daily exposure to the 24-hour infotainment news cycle — and the negative discourse on social media — fosters this constant level of insecurity and distress.

There is no doubt that we have some extremely difficult problems on the planet, and in the United States in particular. Our problems, however, are made far worse by traditional and social media’s focus on doomsday scenarios and extreme voices. It turns out that many of our “trusted media sources” are ruled by the bottom line: Bad news sells. But this bad news does not necessarily represent reality.

How much is the war of information online stirring up fear and uncertainty, and thus driving the discord between Americans’ thinking and their feelings, and between majority opinion and our lawmakers’ actions?

Consider the many discrepancies between Americans’ opinion on specific topics and the position of elected officials and the Supreme Court: on abortion, where over 80 percent of Americans agree that abortions should be legal; on gun laws, where 80 percent to 90 percent agree that we should have more restrictions on gun purchases; and on voting rights, where over 60 percent agree with expanding access to voting.

Beyond traditional media, the democratization of information means that individuals have the same power to spread negative news as large organizations and governments. Research shows that a single information spreader can cause an avalanche of pain and suffer through her social network whether she knows it or not, suggesting that our moods are contagious. Thankfully, this research also showed that happiness is even more contagious than depression.

Here’s what you can do to bring alignment between your thoughts and feelings, and between your beliefs and the information you spread. On social media, share news as though you care who is listening and how it’s affecting them. When you find yourself feeling fear or anger or wanting to quickly react to something that happened, take a five-minute break to breathe, five counts on the inhale and five counts on the exhale. Then before you speak or post, ask yourself these four questions: Is it true? Is it fair to all concerned? Will it breed good will and better friendships? Will it be beneficial to all concerned? If any of your answers are no, reconsider whether anyone needs to hear this news. Carefully choose the media sources you support and hold them accountable by asking them to give less time to the minority of extreme voices and more time to the sensible majority of taxpayers whose opinions deserve representation. Do not support misinformation. Deprive negative news, social media and individuals airtime in your mind and on your newsfeed. All living things die from lack of oxygen.

The majority of Americans aren’t reactive, shallow, paranoid and defensive — and that’s good news because the problems we are facing are very complex with no easy answers. But one thing is for sure, we need to make decisions from our reasonable heads, which consider but are not led by information from our hearts. A great way to do that is for each of us to take responsibility for our personal contributions to the information around us.