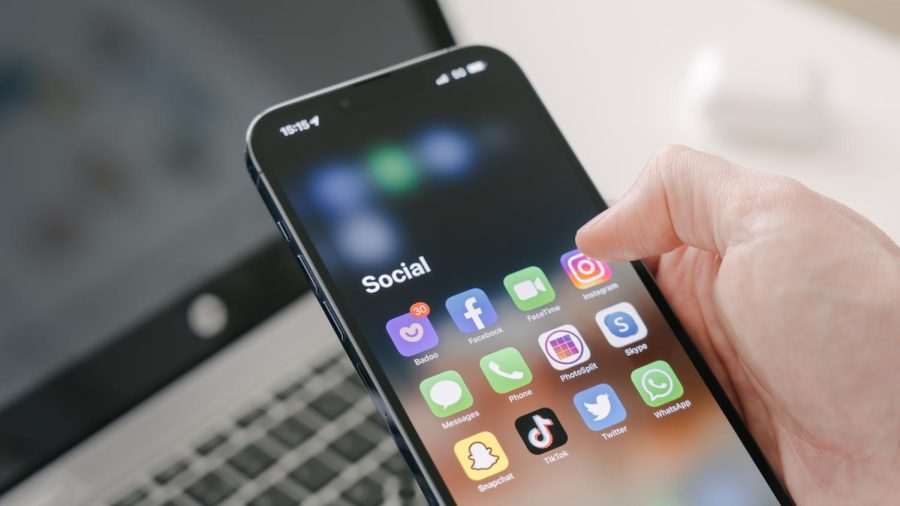 We need to change the way we talk about social media influencers.

Did you hear University of Oregon basketball star Sedona Prince and Rylee LeGlue broke up? Because I sure did.

Ironically, I do not know Prince or her partner, and I don’t follow Oregon basketball.

Yet, online gossip of influential creators is nothing new. Social media has the tendency to showcase the lives of influencers to the public—even the unpostworthy parts.

Since the rise of platforms like YouTube, Instagram and TikTok, a new generation of voices have taken over social media feeds. Such voices are commonly known as “influencers.” An influencer is defined as a person or group who affects or changes the way other people behave.

Influencers don’t just represent a social phenomenon; they represent a growing industry. The influencer marketing industry is expected to grow to approximately $16.4 billion in 2022.

But for many social media influencers, their marketing job compensates for their daily lives. For accounts to stay trendy and popular, most influencers photograph and vlog their lives to billions of platform users.

Followers tend to forget that influencers are often on social media for their livelihood. Influencers are not just content creators, they’re marketers, promoters, and people seeking a living. Yet, we too often look up at influencers on a pedestal of prominence.

While celebrities and public figures have always been subject to tabloids and public gossip, this new generation has online social platforms that praise or criticize the lives of prominent users. Tweets, TikToks and other social post often encourage users to engage on digital gossip surrounding influencers.

Since the emergence of social media, people have given up some privacy to stay connected with other platform users. But it seems influencers have subjected their privacy and personal lives to stay on your feed.

I know I value my personal privacy and would not appreciate people discussing matters in my personal life—I think we can all attest to this.

So, maybe it seems like fair game to become involved in influencers personal lives because they have chosen this so-called lifestyle. But privacy is a human right and personal matters that an individual does not wish to share publicly should be private.

Oftentimes, social media platforms will explode when influencer scandal, break-up or a fight happens. These matters should not be promoted or highlighted on platforms if the individual wishes to keep matters private.

Yet, I think there always be a level of curiosity of influencers, celebrities, and public figures lives. Especially when these lavish lives don’t turn out to appear what they seem.

As long as society keeps certain individuals above others, it seems people will always be interested in the elitist lifestyle.

So, should influencers have personal privacy? They absolutely should. But as long as a model like the influencer exists, then their lives may always be of interest to the public, even the parts that are personal.

Social media has many great attributes and I like to think it does more good than harm. But arbitrary commentary on personal lives of individuals is a negative use of the platform. Social media should be used to connect individuals, share stories and to highlight your voice. Using social media to demean someone else goes against what platforms should intend to do.

Columns reflect the opinions of the authors and are not necessarily those of the Editorial Board, The Daily Iowan, or other organizations in which the author may be involved.