By Maddie Coombe For Mailonline

She’s used to flaunting her curves for the masses.

But this time, OnlyFans model Madelene Wright, 22, let her fans get a sneak peek at her look for free.

Showcasing her envious curves in a series of stunning snaps posted on Instagram on Thursday, Wright looked happy and relaxed on her luxurious trip to Santorini. 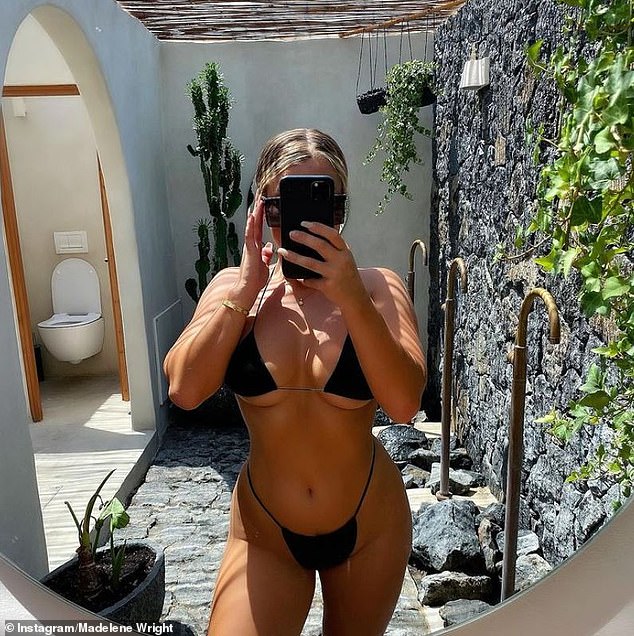 Wow: OnlyFans star and ex-Charlton footballer Madelene Wright looked sensational as she posed for mirror selfies while on holiday in Greece

Dressed in a string black bikini, the footballer left little to the imagination as she posed in multiple idyllic spots for all 260,000 of her followers.

Wright styled her gorgeous golden hair in a relaxed bun and finished the look with a classic pair of chunky black sunglasses.

A natural beauty, she OnlyFans star let her tanned skin glow on it’s own and opted for a no-makeup look. 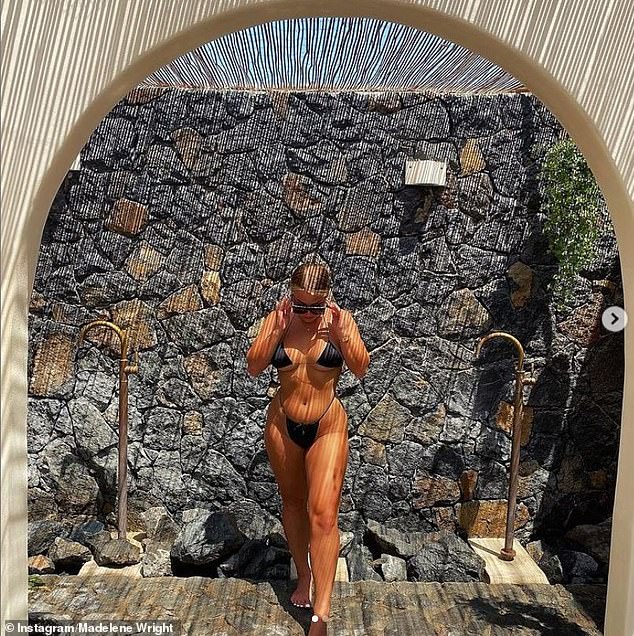 Stunning: The OnlyFans star gave her followers a free glimpse at her curves 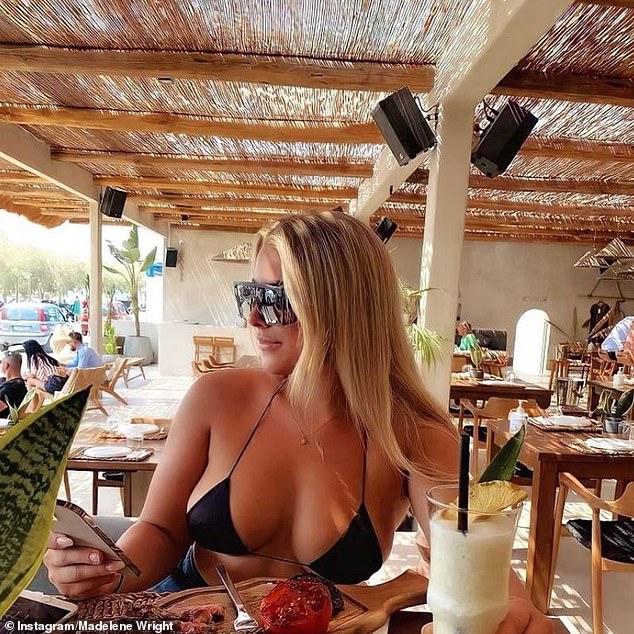 Break time! The football took some time off snapping to enjoy some lunch while on holiday in Santorini

She appeared to be enjoying some time away from normal life, captioning her pictures: ‘Truly happy again’.

Madelene has had a dramatic couple of years after being sacked from both Millwall and Charlton football clubs after clips emerged of the footballer online.

The Snapchat videos reportedly showed her inhaling balloons at a party and swigging champagne at the wheel of her luxury Range Rover. 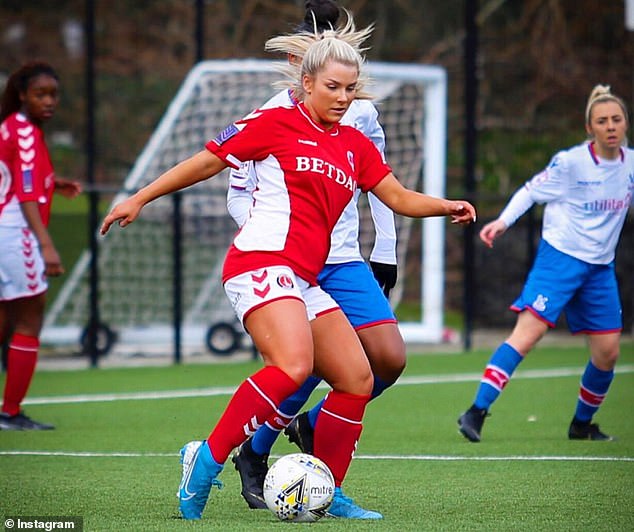 Career: Madelene has had a dramatic couple of years after being sacked from both Millwall and Charlton football clubs after clips emerged of the footballer online

The clips of Madelene prompted an investigation by the club which concluded with the news she had been let go.

But this summer, the footballed seems revamped and ready to go after captioning another one of her snaps: ‘No Limits’.

Despite not yet being picked up by a new club she is, ‘nervous but excited to get the boots back on’. 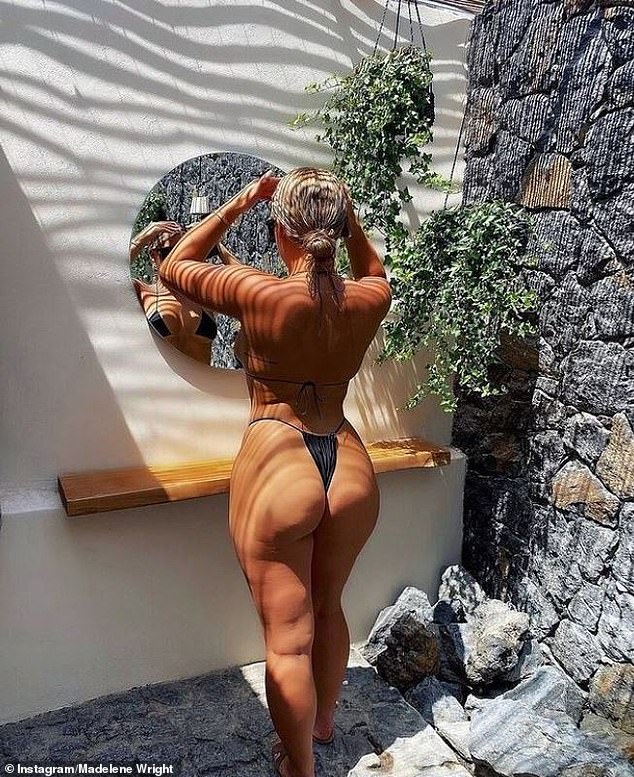 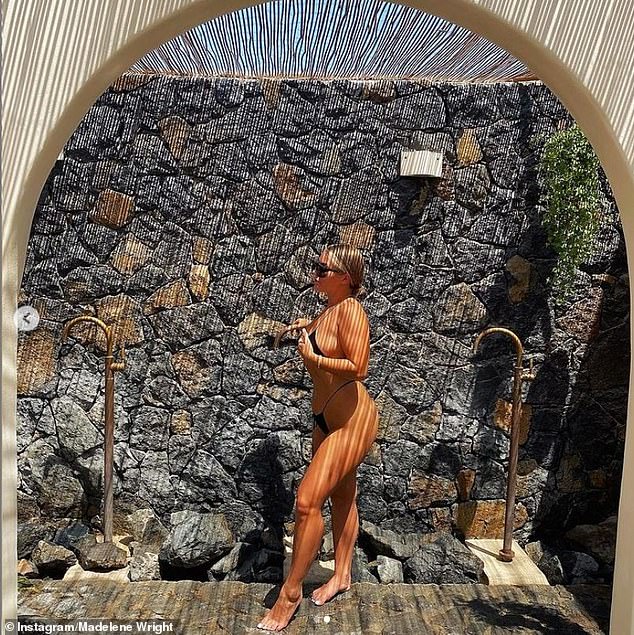 And pose! The star looked relaxed and happy as she posed for her followers